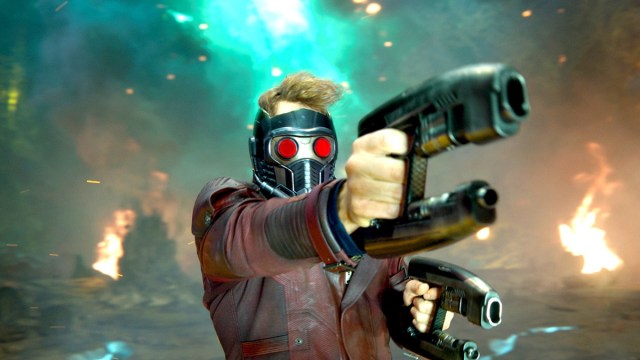 Guardians of the Galaxy Vol. 2 came with the rather surprising revelation that Peter Quill was not all he appeared to be. The lovable space ruffian also known as Star-Lord came to discover that his father is actually a Celestial by the name of Ego. But now that Ego is dead, what does that mean for Quill, and does he have any powers left?

Quill appeared to be a regular human, granted one that had been abducted from earth and lived the majority of his life in space as a Ravager. The first sign we got that there was something more to the character was when he was able to hold onto one of the Infinity Stones, the Power Stone, without turning into purple ash. This was later addressed in the sequel which centered around Quill meeting his Celestial father.

Ego appeared at first to be the father Quill had always wanted, playing catch, teaching him about his newfound powers, and generally bonding with his son. But, of course, there were ulterior motives behind all of this buddy-buddy behavior, and it turns out that sweet, Santa Claus look-alike Ego, was not as benevolent a god as he had made out to be.

Ego was a Celestial, an immensely powerful and god-like being with little regard for any living being beyond themselves. Celestials consider most other lifeforms as simply germs, that can be eradicated if need be. They like to experiment with life, creating worlds and sending in their Eternals to control the flow of history, just as we saw in 2021’s Eternals. Within the MCU, Celestials are the oldest beings in the universe and are actually said to have created the Big Bang itself, kickstarting life in the universe.

Ego seemed to be a more unique version of the Celestials, not physically appearing as the others did in Eternals. He was born as an immense brain with cosmic abilities, which allowed him to create the planet around himself and also to create a host version of himself able to travel long distances away from his source.

He aimed to use the Celestials’ method of creating new Celestials, by seeding a planet and drawing enough energy from it to Emerge, to instead spread himself throughout the galaxy. But he needed another with Celestial abilities in order to carry out this plan. Enter Peter Quill.

What did this make Peter Quill?

Quill is the only known hybrid Celestial, born to a human mother and a Celestial father, his Celestial side remained hidden from him for the majority of his life. Quill was the result of Ego’s desire to sire a child so that he would have enough power to enact his plan. Celestial life through sexual reproduction is extremely rare and it took Ego many attempts with many species before discovering that Quill was the only one capable of accessing his father’s powers.

“Not one of them carried the Celestial genes. Until you, Peter. Out of all my spawn, only you carried the connection to the light.”

– Ego to Star Lord, Guardians of the Galaxy Vol. 2

Being part Celestial granted him immortality, and the ability to manipulate matter like his father. It was the reason Quill had been able to hold the Power Stone without dying at the end of Guardians of the Galaxy, even though he had yet to awaken his Celestial powers. When fully awakened he was then able to use his powers to fight his Celestial father, and with the help of the rest of the Guardians, eventually kill him, knowing it would make him mortal again.

Does he still have Celestial powers?

As Ego begs Quill not to turn against him and kill him, he informs him that he will lose his Celestial abilities if he were to die. Quill accepts this and Ego dies, seemingly stripping Quill of the powers he had only just come to discover. We have yet to see to what extent he is now mortal, as he did seem to be much more durable and resilient than the average human even before his awakening.

With the addition of more Celestials and the introduction of the Eternals in the 2021 film of the same name, we have to wonder where Quill stands amongst all this. Many asked the questions on social media, with director James Gunn succinctly answering (in a now-deleted tweet), “He gave all that up.”

But on a genetic level, the character must surely still be part Celestial, so perhaps we might continue to see him with the same level of durability, and slightly enhanced strength compared to your average human, even if he is unable to manipulate matter or access cosmic energy.

How does he compare to the Eternals?

The Eternals are synthetic immortal products created by the Celestial Arishem, not their own offspring. This makes them vastly different from Quill, especially now he has given up his abilities and immortality. They are not organic living beings, though have developed emotions, relationships, and independent thought, which allows them to question their own purpose and even turn away from their maker.

They are incredibly strong, have their own individual unique powers, are highly trained in combat, and are exceedingly durable. Though Quill is the offspring of a Celestial, thanks to his father’s death he has no connection anymore to that part of himself. He is rendered mortal. With the loss of his Celestial powers, if there was a fight between any member of the Eternals and Star-Lord, we believe that hands down an Eternal would win.

Gunn may choose not to go any further with the Celestial storyline in the third installment of the franchise, but it would be interesting to see a brief meeting between the remaining Eternals who have rebelled against their maker, and the son of a Celestial. We may find out more when Guardians of the Galaxy Vol. 3 is released in theatres on May 5, 2023.