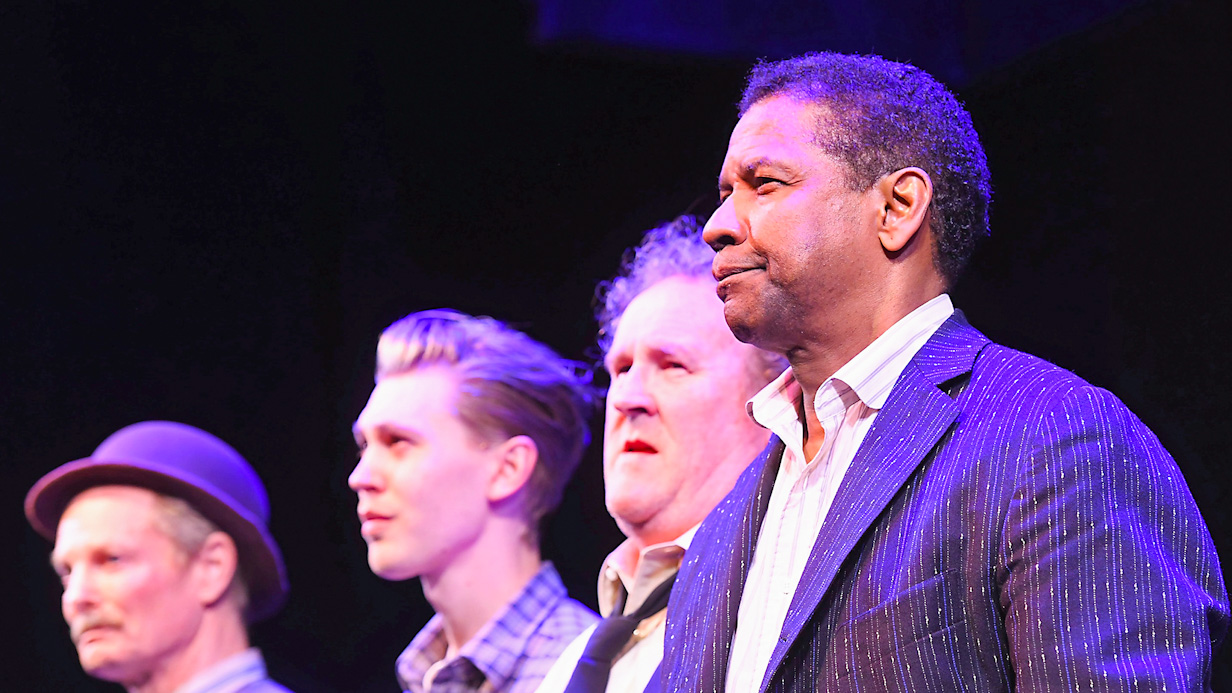 Photo by Noam Galai/Getty Images for "The Iceman Cometh"

Austin Butler will soon debut as the legendary King of Rock and Roll himself, Elvis Presley, in the Baz Luhrmann biopic, Elvis, and first looks prove that he is taking none of it for granted. Part of his appreciation for the role and in life comes from advice he was given by none other than Denzel Washington.

In a recent chat with GQ, Butler shares more about meeting Washington and the conversation they shared. First, however, Butler notes that it was necessary to find solid ground when meeting Washington. The two worked together on Broadway in the 2018 production of The Iceman Cometh.

“There’s that thing where you meet your heroes, and you want to be their best friend. I was like, ‘That’s not going to happen.’ So, I went into the quickest mentality of ‘I’m not going to try to be his friend, I’m just going to try to do work as well as I possibly can.'”

Butler might not have been expecting that he’d get something better than just the opportunity to work with his hero; he got to become coached by him — in acting and life.

“Then I sat down; it’s just Denzel and me in this empty theatre. He started giving me acting advice and he really took me under his wing. He’d start telling me thoughts about the scene, and suddenly I’ve got Denzel almost as an acting coach. Denzel always goes back to gratitude. I look at that for longevity in any career. Having those moments where, at the best of times or the worst of times, you’re being grateful for what you actually have and having humility.”

Washington would go on to do something even more remarkable for Butler and give him a blessing that he still takes no credit for. When Baz Luhrmann was scouting for who could take on the mantle of one of the most iconic people in the entertainment and music industry, Washington recommended Butler for Elvis.

“I get a phone call out of the blue from Denzel Washington, who I did not know. Denzel Washington just said, in the most incredibly emotional and direct way, ‘Look, I’ve just been on stage with this young actor. I’m telling you, his work ethic is unlike anything I’ve ever seen. I’ve never seen anyone who devotes every single second of their lives to perfecting a role.'”

Butler remains impressed by Washington’s generosity, saying he’s so grateful for that call. As those closest to Elvis himself continue to sing Butler’s praises for his portrayal of the larger-than-life icon, it’s clear that Washington knew exactly what he was doing in every step of his relationship with Butler. That is something we can all be thankful for.

Elvis gyrates into theaters on June 24, and you won’t want to miss it.