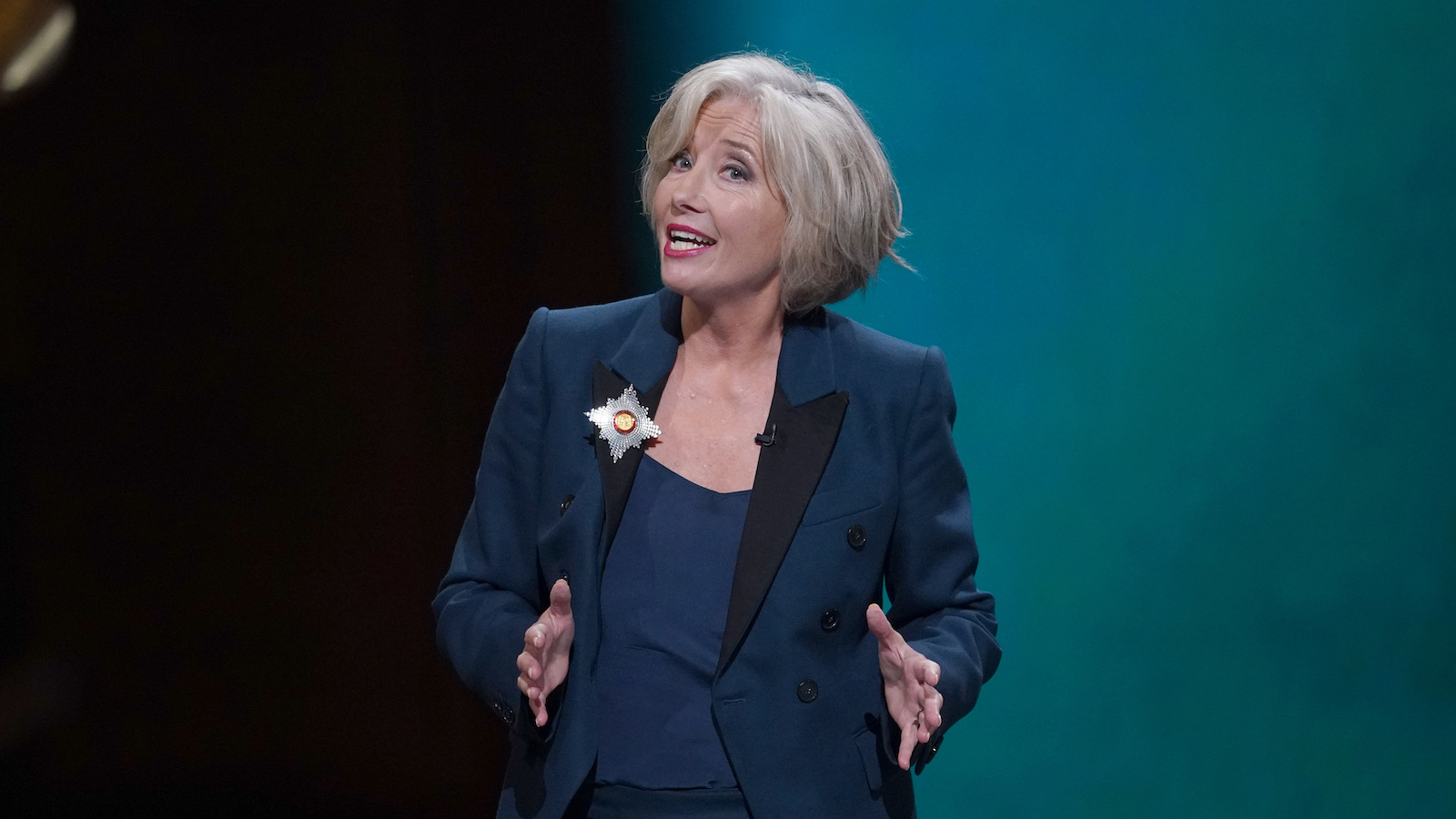 Emma Thompson leads the Sundance feature film, Good Luck to You, Leo Grande. The British sex comedy-drama, which also stars Daryl McCormack, sees Thompson’s character Nancy Stokes as a widowed and retired high-school religious studies teacher, who has never had an orgasm. According to The Hollywood Reporter, the film, directed by Australian film director and producer Sophie Hyde, will stream exclusively on Hulu in the U.S.

McCormack stars as the titular character, Leo Grande, a sex worker who is hired by Stokes to bring some much-needed adventure and excitement into her life, after what was deemed a passionless marriage. In a review of the film by Entertainment Weekly, McCormack is said to shine in the role of Grande, an attractive Irishman, while Thompson, a veteran and two-time Oscar winner is considered a “force: alternately brittle and vulnerable and mordantly witty.”

The British film’s script was written by comedian Katy Brand, and while its target audience is undoubtedly older female viewers, Emma Thompson being a household name will certainly drive in more viewers from other demographics. The sex-positive film is projected to perform well on the streaming giant Hulu’s site. It is also being referred to as McCormack’s breakout role as a lead actor. Previous acting roles held by him include the 2020 comedy-thriller, Pixie, alongside Olivia Cooke, and a minor role in Peaky Blinders. He has also held titular roles in West End productions, such as Romeo in Romeo and Juliet, and Othello in the recent adaptation of the play.