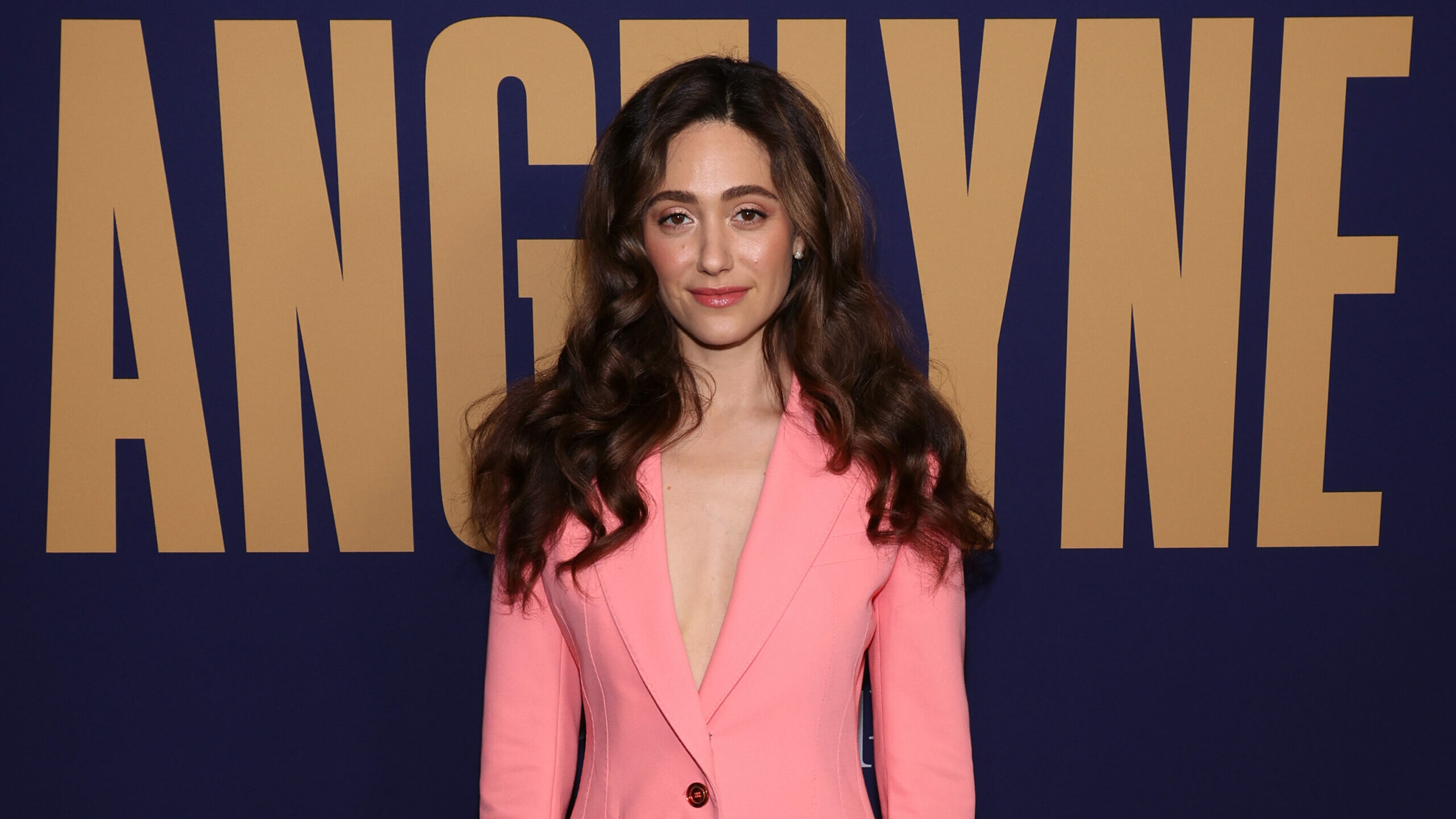 Emmy Rossum is taking on the persona of billboard model and entertainment icon Angelyne in the Peacock series of the same name — and that in itself is a tall order.

Angelyne is everything all at once, and she likes it that way, noting in an interview with Oyster that she lets people believe whatever they want regarding who she is. So when she found out that Rossum was cast to play her in the upcoming series, she had one crucial question for her, as she shared with The Hollywood Reporter.

“Her first words to me were, ‘So, why do you have such a hard-on to play me?”

Rossum’s response was quite open and honest — and it stays true to the power and the mystery of Angelyne.

“That’s exactly why, because you’re a force. And because you’re uncompromising and a rebel and because you’re in the power position in every room you walk into. And those questions of who has the right to tell the story is at the crux of our show. All of these people try to tell her story and co-opt her power, but alongside that, we’re using her true-life dialogue and her self-mythology, and every time somebody tries to take that from her, we have her character come in and, through her own words and her storytelling, take you away to this better place. And in the end, hopefully when we land the plane, it’s fully steeped in more mystery.”

Angelyne started out as a singer and became a Los Angeles icon when she began putting up mysterious billboards in the eighties promoting her music. She became known for her distinctive look and driving around the city in her pink Corvette, and the notoriety led to acting roles as well. Angelyne has also unsuccessfully run for governor of California twice.

Allowing Angelyne to keep a sense of anonymity in a life that is so public and on display was a critical step to the creation of the series and telling her story. It was also likely an incredibly unique experience for Rossum, who brought her to life while leaving that open space for the mystery to keep existing.

Angelyne is otherwordly, and you can find out more about her in the Peacock limited series now.