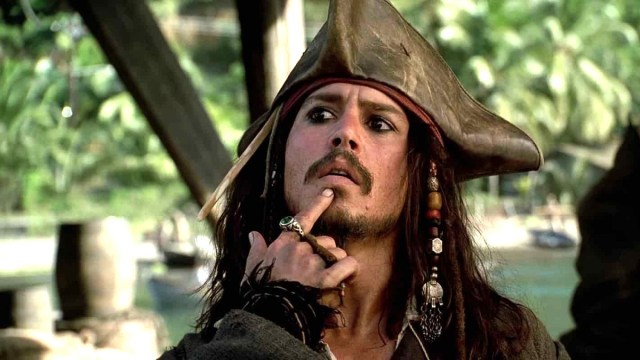 This Halloween is about to be filled with a whole lot of swagger. Drunken swagger, that is, as sales for Jack Sparrow costumes are through the roof. Post Johnny Depp‘s now infamous defamation case that took up headlines throughout spring this year, fans of the actor are donning his famous Pirates of the Caribbean outfit to hit up those Halloween parties.

Depp is now trying to get back on with his life after the successful outcome of his defamation case against his ex-wife Amber Heard, which saw one of the most bizarre and entertaining celebrity court cases in history. Depp and Heard have had one of the most contentious divorces in Hollywood after the Aquaman actress alleged that Depp had abused her during their marriage. The two have been in and out of court as they sued newspapers for printing “defamatory” articles about either one of them, but the last trial seems to have been the nail in the coffin for Heard whose facts and evidence just didn’t seem to ring true for those watching the proceedings.

Though Disney may have dropped the actor from the Pirates of the Caribbean franchise, fans still love Captain Jack Sparrow. Now that the association with the actor is less weighed down by the notion that Depp was an abuser, costume sales have spiked for his iconic pirate rags as we get close to Halloween. Costume website Halloweencostumes.com told TMZ that they’re seeing a 90 percent spike in sales for costumes related to the character.

The online retailer has a variety of options for those looking to dress up as Sparrow, with cheaper options ranging from $85 to $95 to more expensive designs starting from $245 to $299. Apparently, they have already seen 85 percent of their Jack Sparrow inventory cleared out with more than a week still to go before Halloween weekend truly gets underway. The costume is even overshadowing the more relevant designs you might expect to see this year, such as Top Gun: Maverick costumes and Hocus Pocus 2 costumes.