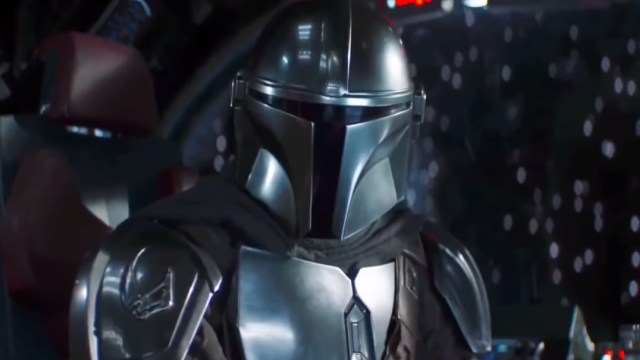 It’s almost ironic that The Mandalorian has already got three spinoffs in development after two seasons and will serve as the centerpiece for Star Wars‘ Disney Plus expansion when the focus of the show itself has always been relatively narrow. Din Djarin moves from point A to point B in pretty straightforward fashion, although he’s regularly distracted by side quests, several of which don’t even factor into the narrative at all.

The season 2 finale made it clear that the feature films and TV projects are going to hew closer than ever before, with Jon Favreau and Dave Filoni already folding in some canonical aspects from the animated and expanded universe back catalogue to create a single sprawling tapestry of mythology, one that presents almost limitless storytelling opportunities.

The Mandalorian has brought the Jedi into the mix, too, thanks to Ahsoka Tano and Luke Skywalker, so it stands to reason that the Sith won’t be far behind. In fact, a new rumor claims that fan favorite Darth Talon could be introduced into Mando’s solo series, with the role reportedly already cast. Of course, we should preface this with the caveat that the information comes from the notoriously unreliable Doomcock, but at least it doesn’t involve the Sequel Trilogy being wiped from canon for a change.

“My network of spies was hearing something about a red and black Twi’lek female being introduced into The Mandalorian. One of our key sources had heard that a new Sith was about to be introduced in the third season in The Mandalorian or another show in the Favreau-verse. But this source had assumed it would Asajj Ventress. This new Sith Lord is going to be Darth Talon. She is going to be the next major villain in the Favreau-verse.

This info floored my source, and even more, it was confirmed to my source that the return of Darth Talon is going to be a tip of the hat to EU fans. And while it’s not confirmed that they will keep her name as Talon, the role has already been cast. Now, it’s not entirely clear which show she will appear on. It could be The Mandalorian or it could be on one of the new Disney+ series created by Favreau and Filoni. But she is allegedly slated to make her first appearance next year.”

As for how she’ll be portrayed, Doomcock detailed information he received from his source, saying: “Darth Talon, according to this source, will be a complete badass, mowing through whoever or whatever is her in way. A fully trained Sith with full command of the Dark Side.”

There are so many potential candidates to join The Mandalorian or any of the spinoffs that trying to narrow down the serious contenders is an impossible task, although we at least know Grand Admiral Thrawn is somewhere over the horizon. For now, however, you’re best taking this one with a pinch of salt. That being said, it feels inevitable that the Sith will be making their presence known on Disney Plus eventually.