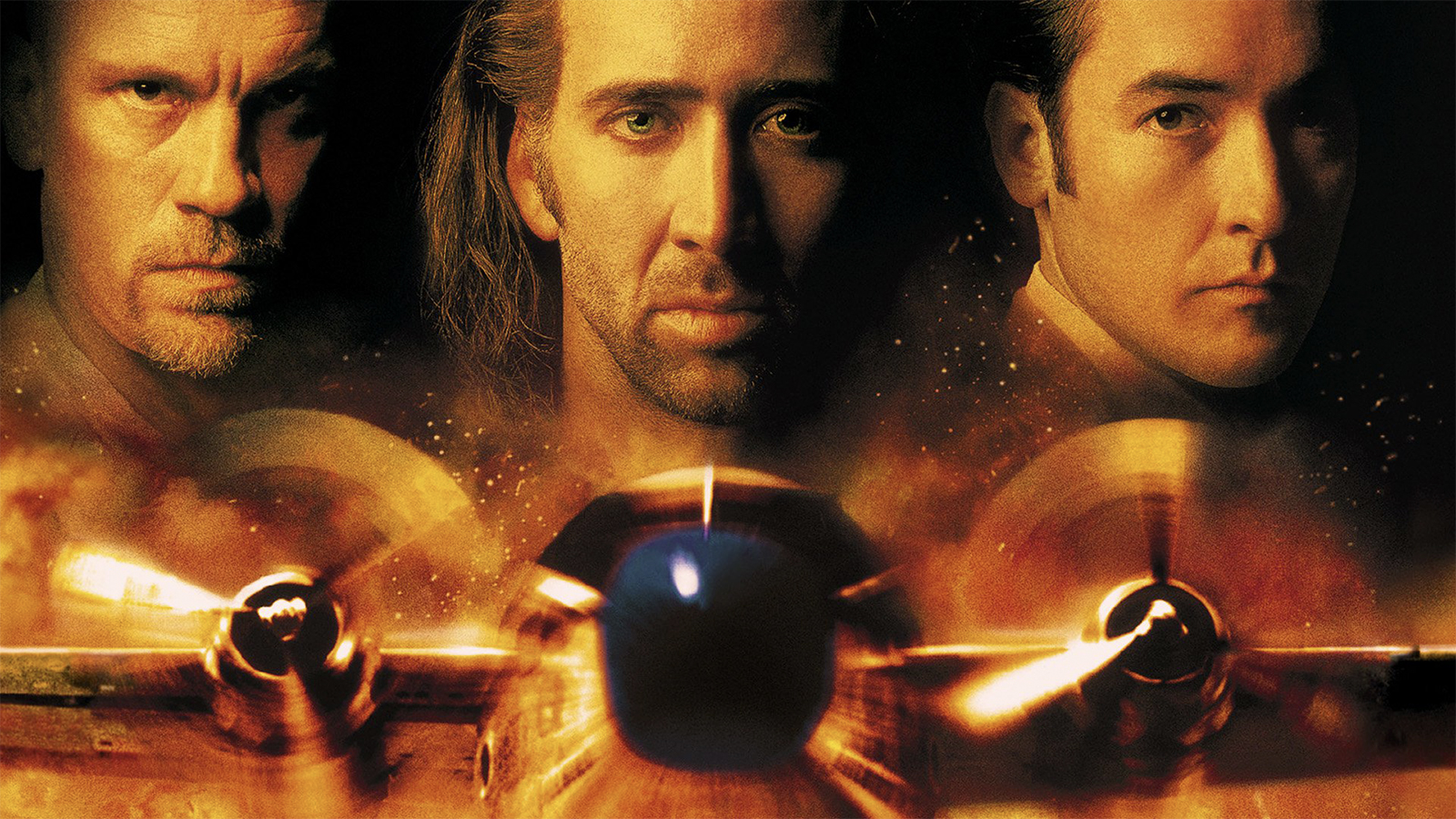 One of the great, underrated film genres is the 1990s action flick that stars a crew of unlikely antiheroes thrown together – despite the fact they are natural enemies – to defeat a common enemy while bickering, sweating through their undershirts, and blowin’ shit up. There are the heralded classics, like Armageddon, The Rock, and Die Hard with a Vengeance. And then there’s Con Air.

Released in 1997, a full year after Nicolas Cage electrified audiences in Michael Bay’s debut The Rock, Cage cemented his status as America’s Most Unlikely Action Hero in this story of a crew of inmates who carjack a jet in an attempt to escape. The story is unimportant; the point is watching the best actors that the producers could afford, which included Cage, John Malkovich, and John Cusack.

The supporting cast includes Steve Buscemi, who was legally required to act in every other movie in the ‘90s, Ving Rhames, Star Trek’s Colm Meaney, and comedian Dave Chappelle. A cast that may not make sense on paper, but the important thing to remember is that collectively they cost less to hire than Bruce Willis all by himself.

And today on Twitter, fans celebrated the film on the 25th anniversary of its release:

Jackson Boren calls it “the most Michael Bay film not directed by Michael Bay.” It’s actually directed by genre vet Simon West in his feature film debut, and he would go on to direct such movies as The Expendables 2 and The General’s Daughter. But Con Air shares DNA with Bay films like The Rock via its producer, action/schlock maestro Jerry Bruckheimer, who had his fingerprints all over every movie he oversaw.

Rob’s Media Vault celebrated Con Air by calling it “the greatest film EVER MADE.” While we might give the edge to an art film like Die Hard with a Vengeance, we can’t fault a man with taste:

And finally, The Internal Cauldron of emotions just wants to celebrate Nic Cage, and with a user name like that, we can’t be too surprised: