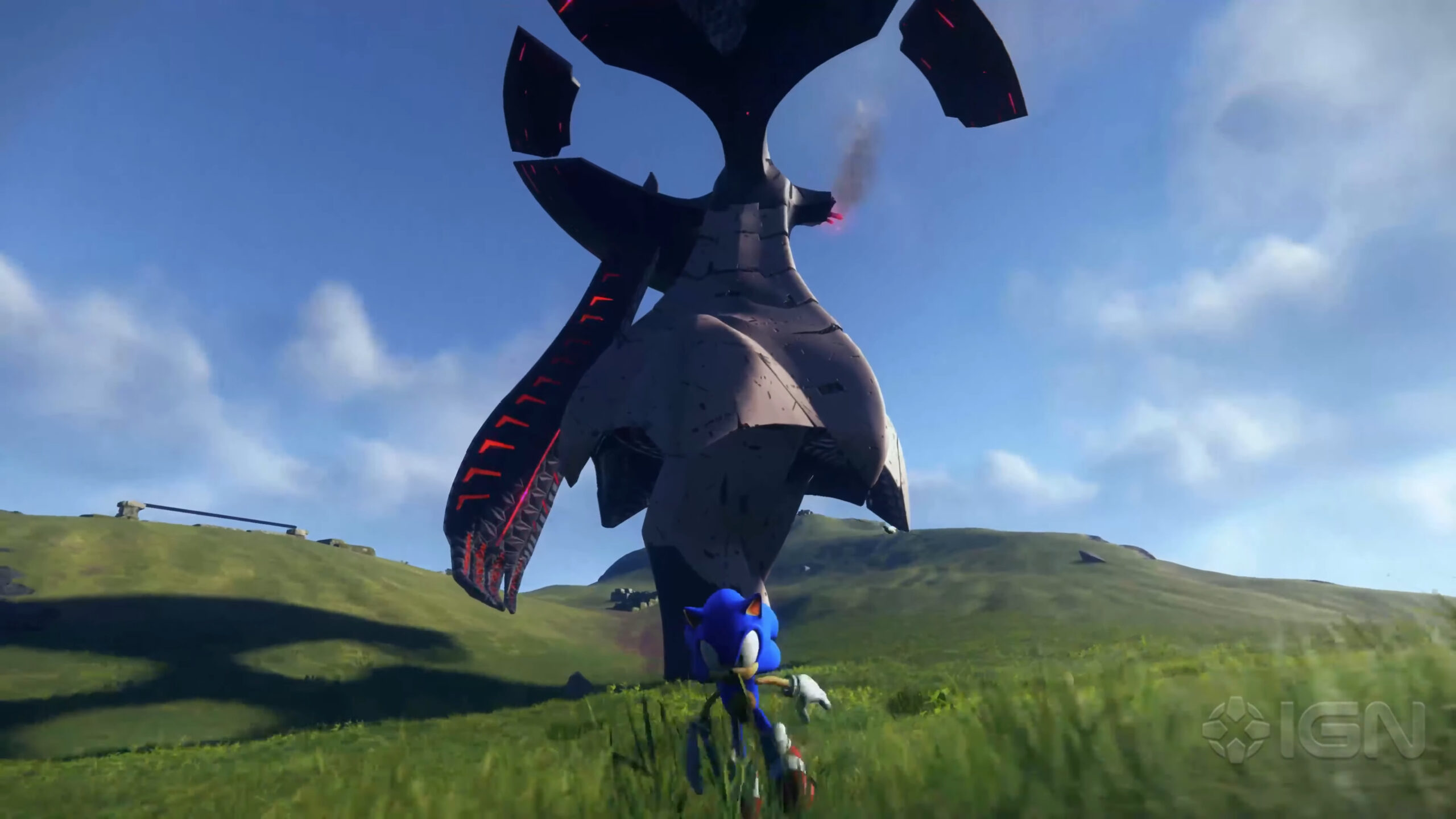 It seems like the more footage we see for Sonic Frontiers, the more fans are divided as to whether the game will actually be any good.

There’s a good reason for that: though the blue blur is one of gaming’s most iconic mascots, as the box office smash success of the film Sonic the Hedgehog 2 can attest, many of the video games in Sega’s flagship franchise have sadly garnered middling-to-poor critical reviews — especially for the 3D games. The latest game in the mainline series, 2017’s Sonic Forces, is just the latest example of that, as evidenced by its mediocre score(s) on review aggregate site Metacritic.

However, Sega is attempting to turn a new leaf with a total reimagining of what Sonic can be, touting the forthcoming Sonic Frontiers as embracing an “open zone” level design that drew many comparisons to Nintendo’s The Legend of Zelda: Breath of the Wild.

The latest footage we’ve seen from the game, revealed Friday, shows off combat mechanics, including dashes, kicks, and spins, for a number enemy types we’ve never seen before in the franchise, including some frankly gargantuan bosses.

However, it was one Twitter user’s opinion that the combat footage, overall, appeared to be a step up from the previous exhibitions, even if the enemy hit detection appeared a bit “spongey” at times.

However, not everyone was convinced. One fan said the experience, which appeared to show a heavy emphasis on wailing enemies with kicks and homing attacks, seemed rather superficial.

Another Twitter user completely slammed all the previews so far, including the combat, as looking “horrible.”

“Looks like he’s exploring the world of a windows XP stock background.”

Another fan had a more generous — but still mixed — reaction.

“So far those moves do look cool but there doesn’t seem to be much of an attack arsenal.”

Another clear Sonic Stan did not understand what the backlash was all about, saying the combat looked “dope as hell.”

Arlo, a game review YouTuber who is a blue puppet, said the combat preview had “POTENTIAL,” despite being janky in many aspects and the general rollout of the previews, exclusively through IGN, being decidedly awkward.

Spawn Wave, another YouTube game reviewer and hardware modder, gave his smarmy reaction as simply: “Sonic Breath of the Colossus V1.2,” making reference to both the 2017 open-world Zelda game and the influential Playstation title Shadow of the Colossus.

I guess we’ll find out whether either the backlash OR the hype are warranted when Sonic Frontiers comes to most major gaming consoles — including Playstation 4, PS5, Xbox One, Xbox Series X/S, Nintendo Switch, and PC — Holiday 2022.