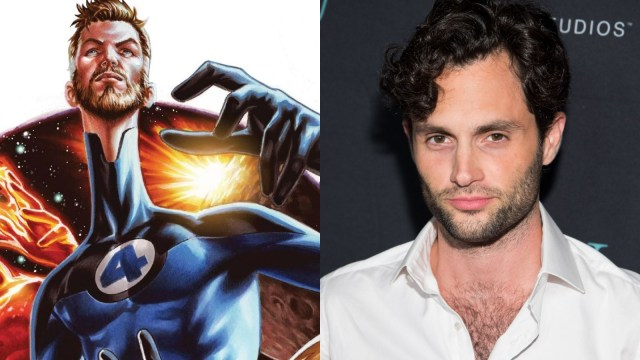 Ahead of Marvel’s big Fantastic Four announcement at next month’s D23 event, it’s just possible that a major bit of casting news for the upcoming reboot has leaked early. According to the latest reports swirling online, You star Penn Badgley has allegedly met with Marvel Studios to discuss the role of Reed Richards. So does this mean the studio’s found their Mr. Fantastic at last?

If so, the MCU fandom seems to be split down the middle on the casting. As Badgley is most known for playing serial killer Joe Goldberg on the aforementioned Netflix hit, he’s not exactly the first person that springs to mind when thinking of Marvel’s genius superhero, so that’s immediately caught people off-guard. Nevertheless, other folks are excited or at least intrigued by this left-field casting concept and would be willing to give him a try.

Although, a lot of people remain loyal to John Kransinski after his cameo in Doctor Strange 2.

Not that everyone was a fan of his interpretation of the role.

That look says it all.

Wait, Vision’s in this movie?

The Badgley rumor’s also got Gossip Girl fans fired up, though, and now they want Blake Lively as Sue Storm.

Former Birth.Movies.Death CEO Devin Faraci is the original source of this rumor, as he revealed his information about the FF reboot during an appearance on the Marvelvision podcast. Feel free to take this chatter how you will, then, but the good news is that we should find out one way or the other very soon as D23 kicks off on Sept. 9. Fantastic Four, meanwhile, is scheduled for Nov. 8, 2024.