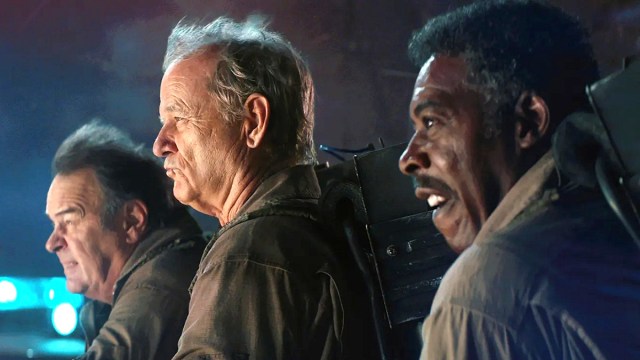 It seems that not every actor is completely against the idea of joining the MCU, after all, with Ernie Hudson moving against the tide to state his interest in being a part of a Marvel film.

The actor, who defined a generation as Winston Zeddemore in the Ghostbusters franchise, told ComicBook he’d love to play a part in what is arguably the most influential franchise in this day and age.

“I would love to [make a Marvel film]. Also because now when I look back at things, I think about my grandkids and great grandkids, and I think, you know, those are movies they’re gonna watch for a long time.”

The 76 year-old actor is a close friend of Marvel Studios’ vice-president Louis D’Esposito, who has reportedly told him they’re “waiting for the right thing” for him.

Hudson isn’t interested in any kind of role, however. He’s looking for a substantial endeavor, and not just “another credit for a couple of dollars.” The actor’s catalog is incredibly extensive with dozens of films and television shows to his name, so at this point in his career he’s only eyeing roles that would allow him to bring his best work to the table, while he’s “physically able and mentally capable.”

“A lot of the work I get offered is things that people say, well, you know, we love your work, we want you to be in it. But we only need you for a day or two, and I’m like, it shouldn’t work in a day or two. I’m looking for a role. I’m looking for that, a reason to leave home.”

With Marvel Studios gearing up to officially enter Phase Five of the franchise, there are countless projects in the works, both in film and television, with certainly more than a few roles fit for such a resounding name of family cinema.