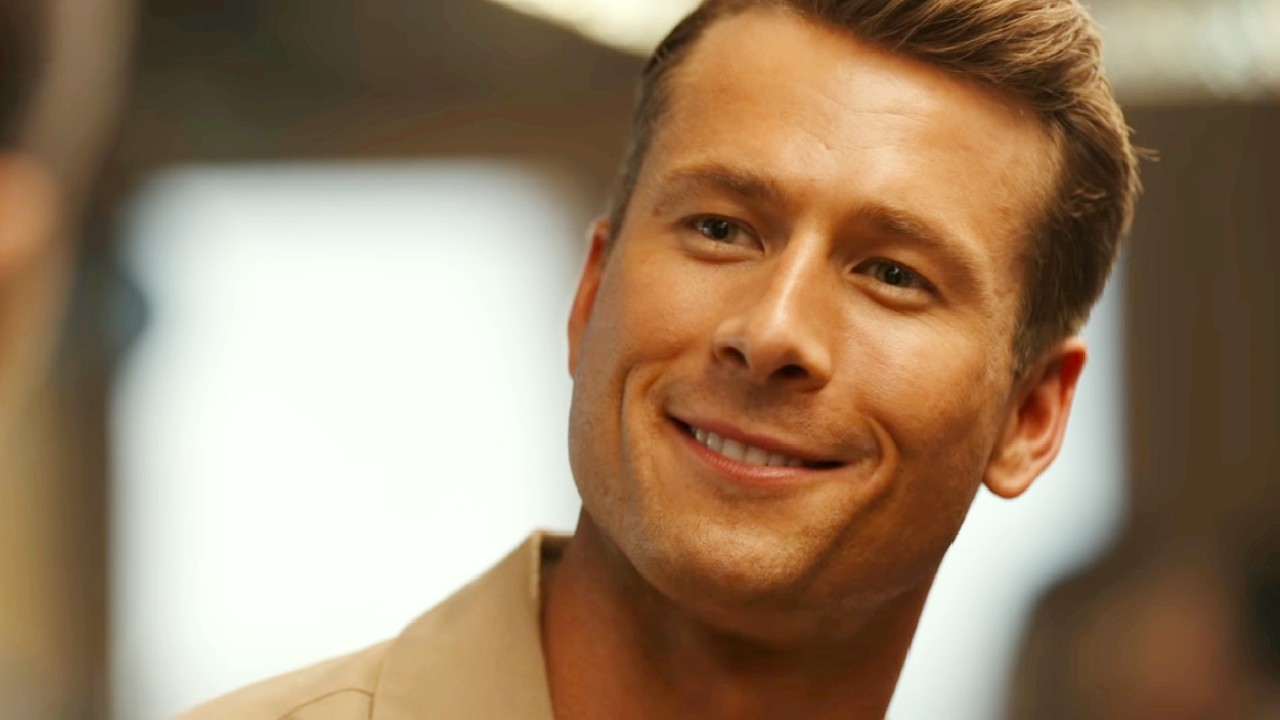 Powell, who plays Hangman in the film, recently told a story on Jimmy Kimmel Live about how the trouble all started while he was trying to keep his cool inside a jet being piloted by a naval aviator.

Powell explained that the film demanded that he ride the jet while the pilot turned it upside-down several times, flying through a famous run called “Star Wars Canyon.”

“We’re flying like 100 feet off the ground. 500 knots. Weaving through these canyons. You invert, you re-orient, you come back, you drop a bomb, you pull up, seven and a half Gs. And you’re doing it over and over and over. And at one point, I was like, OK, I’m gonna puke.”

Rather than simply openly express to the pilot that he was feeling queasy, Powell said he tried to “sneak [his] vomit back,” in order to not embarrass himself in front of the very “tough” and “cool” naval aviator.

“I’m like the actor in the back of the plane. I didn’t want to be that guy,” he explained.

When the pilot checked in with him to ask if he was doing OK, Powell told him, “Nah, man, I’m good […] I’ll be ready to rock and roll, you know, just give me a second.”

It was at that point that Powell began “violently puking in this bag.” But he said the problem was he tore off his microphone-equipped mask midway through the conversation, so the pilot did not hear the last part of his sentence about wanting to take a break.

“So as I’m violently puking in this bag, I just hear in my comms, ‘Well buddy, if you’re ready to rock and roll, let’s rock and roll.’ And he just inverts the plane, pulls down,” Powell recalled.

After that, he said he was puking “into the canopy,” observing the ground that seemed above his head by this point, and the vomit had nowhere to go but back in his general direction.

“I’m looking at the ground here and the puke that I just puked is being puked back into my face,” Powell said, to the chagrin of the audience.

If you want to support all that these dedicated actors went through to bring the action-packed film to life, check out Top Gun: Maverick in theaters May 27.