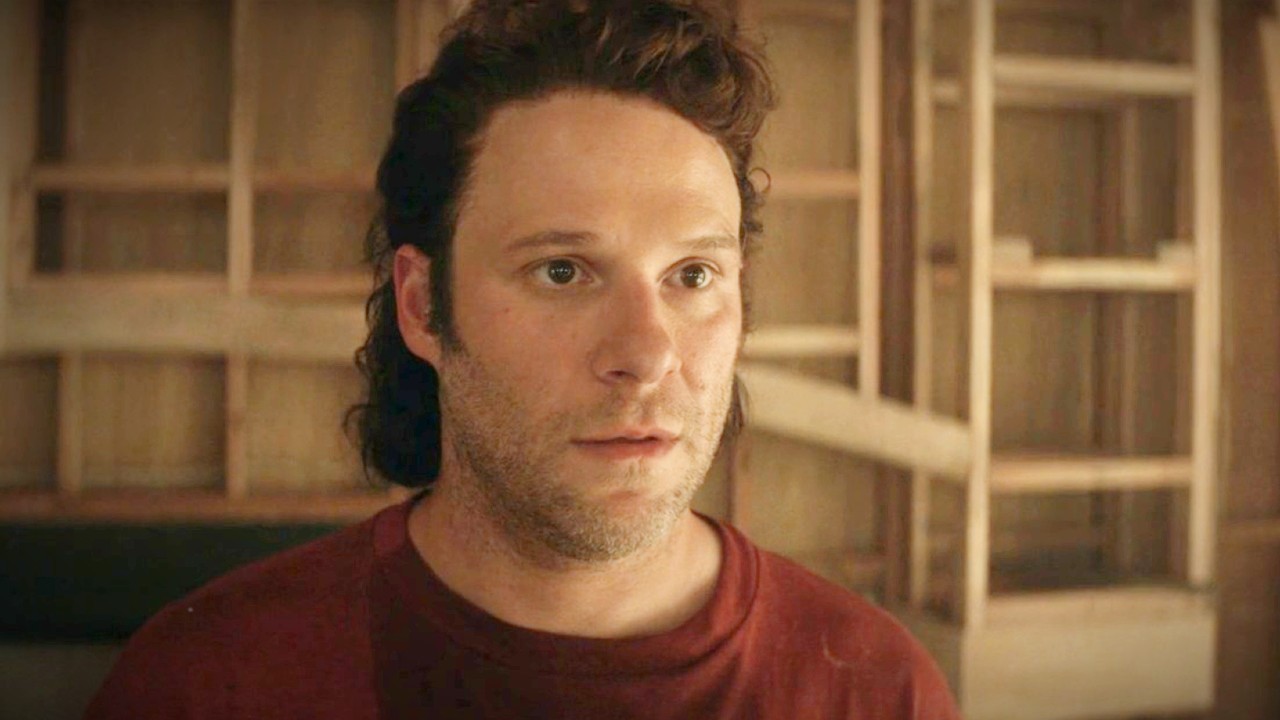 We’re wishing Seth Rogen the happiest of 40th birthdays this April 15th by celebrating his most iconic movie moment.

While there were many different scenes from a long list of movies to choose from, we tried to select the scene that best struck a balance between Rogen’s hilarious performance, a role that encapsulates his persona as we know it in the collective pop-culture pantheon, and one that highlights Rogen’s skill as a comedic writer.

For us, the scene that represents the perfect cross-section of these three criteria is the dinner scene from Pineapple Express.

The scene in question features Rogen’s character, Dale Denton, tardily crashing a dinner rendezvous he was supposed to attend to meet his high school-aged girlfriend’s family. But as the process server with a love of all things cannabis gets embroiled in a drug kingpin conspiracy, complete with thugs on his trail to finish him off for witnessing something he shouldn’t have, the dinner makes for the absolute worst kind of first impression. Check it out for yourself:

Arguably, Pineapple Express‘ supporting cast, such as James Franco’s stoner low-level drug dealer, and Danny McBride’s Bone Thugs-N-Harmony-loving middleman, shine even brighter in the film than Rogen, overall, in terms of sheer comedic performance. But we feel he deserves credit for creating the zany scenarios the characters find themselves in, as Rogen co-penned the script with longtime writing partner Evan Goldberg.

Rogen, at the tender age of 22, alongside Goldberg, had an early job writing for Sacha Baron Cohen’s Da Ali G Show on HBO, and the pair have written a number of the movies Rogen has starred in, such as Superbad, This Is the End, and Neighbors 2: Sorority Rising.

For us, the character of Dale, a well-meaning but ambitionless lover of weed who gets caught up in a high-stakes scenario in Pineapple Express, also perfectly embodies Rogen’s pop culture persona, since the writer, comedian, and actor is arguably the man behind some of the most iconic stoner comedies of the past 20 years.

The situation of the scene is also hilarious, and Rogen is great in it, as a sweat-and-grime-covered man panicking to warn his girlfriend’s family of the impending danger they face, while Ed Begley Jr.’s paternal character gets increasingly frustrated at him — to the point of directing a gun at Dale’s face.

In terms of generating sheer chuckles, we must also give an honorable mention to Rogen’s brief-but-impactful appearance in the Will Ferrell and John C. Reilly-starring comedy, Step Brothers — which came out the same year as Pineapple Express, in 2008. In the scene, Rogen plays a sporting goods store manager looking to hire some workers he can pal around with for 12 hours at a time. The infantile Ferrell and Reilly show up to the interview in tuxedos, which, unexpectedly, impresses Rogen. But when Reilly farts, Rogen realizes the wardrobe choice isn’t as ironically self-aware as it seems. Though Rogen plays the straight man in the scene, we can’t help but chortle at his delivery of the line, “OK, now the tuxedos seem kinda f**ked up.” You can watch the clip at this link.

By the way, we don’t want to short-change Rogen by suggesting he’s only good at being in stoner comedies, it’s merely the type of film that launched him into stardom early on. The two films he’s directed, This Is the End and The Interview, are both excellent. And he has executive-produced a great number of quality titles spanning a variety of genres, such as Preacher, The Boys, and Pam & Tommy, the latter of which is also a vehicle for him to deliver a surprisingly nuanced acting performance as a disillusioned carpenter and theology buff, Rand Gauthier.