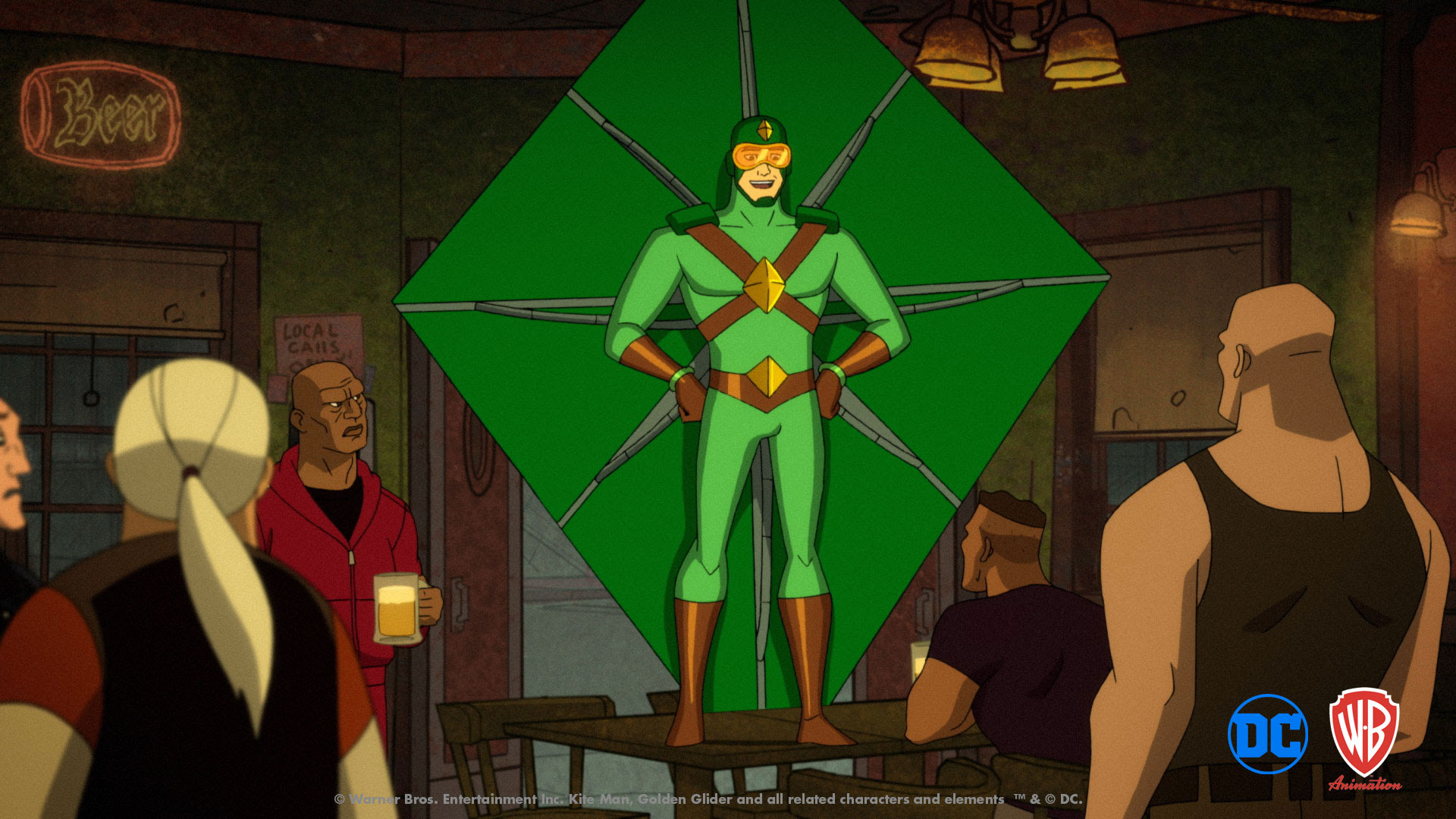 Kite Man, the Harley Quinn fan favorite, is getting his own spinoff show on HBO Max. Noonan’s is a ten-episode series that will follow Kite Man in all of his idiotic high-flying glory. The spinoff is executive produced by Harley Quinn co-creators Justin Halpern, Patrick Schumacker, and Dean Lorey, with Matt Oberg reprising his role as Kite Man.

Here is the series’ synopsis according to HBO Max:

Lovable loser Kite Man and his new squeeze Golden Glider moonlight as criminals to support their foolish purchase of Noonan’s, Gotham’s seediest dive bar, where everybody knows your name, but not necessarily your secret identity!

Harley Quinn brought a fresh new perspective to the Batman universe with its spotlight on characters that usually get overshadowed by the likes of the Joker, the Riddler, and Catwoman. With its sharp comedy and villain-centric take, the series has opened up the DC world in a brilliant way. Suzanna Makkos, Executive VP of Original Comedy and Adult Animation for HBO Max and Adult Swim, discussed the project in a statement.

“We love the wild and fun world of Harley Quinn so much we just had to make a spin-off and who better to center it around than the outcast Kite Man. Justin, Patrick, and Dean have created the perfect local hangout for Gotham City’s not-so-finest at Noonan’s, where bar patrons can blow off steam after a long day of mayhem.”

Oberg took to Twitter to share his excitement, saying, “The journey of a thousand kites begins with a single kite. Can’t wait to start soaring. Hell yeah.”

“Harley Quinn unlocked a world of hilarious possibilities with the iconic superheroes and supervillains of the DC Universe. Exploring this world further with our partners at HBO Max and DC is going to be a lot of fun. Plus, after getting dumped by Poison Ivy, the least we could do was give Kite Man his own show.”

A Cheers-like sitcom set in the Batman universe feels like the perfect spin-off we didn’t know we needed. Kaley Cuoco and Sam Register will also executive produce the series, and Lorey will serve as showrunner. As of yet, there is no word on when Noonan’s will be released. Harley Quinn will return for its third season later this summer.