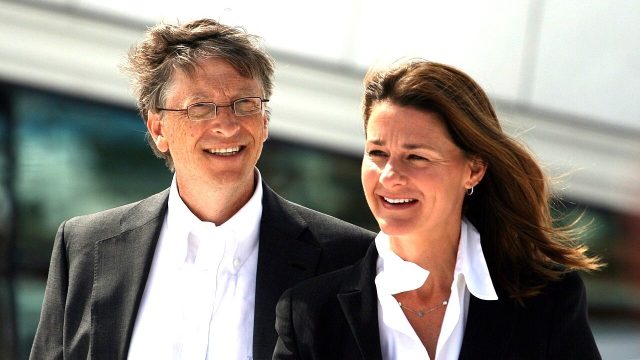 Divorce is expensive, especially for people who are already wealthy. Sure, having to give up $50 of your entire $100 bank account is worse than $50 million of $100 million, but the latter sounds worse. What if we told you that a $50 million settlement is actually on the low end of celebrity divorces? In fact, it doesn’t even crack the top 25.

Try to keep your jaw from dropping as we reveal seven of the most expensive celebrity divorces.

(Note: Most celebrity divorce settlements aren’t publicly disclosed, meaning that the reported sums are likely-exaggerated estimations. As such, we’ve included only divorces whose settlement figures have some veracity.)

After six years of marriage and months of infidelity conflict, golf legend Tiger Woods and model Elin Nordegren broke up. Despite initial speculation that he paid her $750 million, the actual settlement was closer to $100 million, as TMZ reported from sources close to the case. That’s the equivalent of $20 million for each scandal-free year of marriage.

The split between News Corp tycoon Rupert Murdoch and author Anna Mann has long been reported as one of the few billion-dollar divorces—$1.7 billion, to be exact. However, that figure has been debunked by a couple Murdoch experts, including Michael Wolff, who wrote, “Such a sum would make the former Anna Murdoch, now Anna Mann, one of the richest women in the world—as rich or richer than Murdoch himself.” She isn’t, which means the settlement was way less—$1.6 billion less, according to News Corp lawyer Arthur Siskind. The revised figure is $100 million, but that doesn’t include a couple houses and $214 million in stock Murdoch raised the week after the divorce that may have been transferred to Mann. So the total payout could have been hundreds of millions, but that’s still a far cry from nearly two billion.

In 2011, then Los Angeles Dodgers owner Frank McCourt divorced from wife Jamie and paid her $131 million. She also kept $50 million in property. A few years later, Jamie sued Frank for another $770 million to increase the settlement to $901 million, or roughly half his wealth. She lost and had to pay Frank $1.9 million in legal fees.

Due to a complicated settlement involving offshore tax shelters, Slavica Ecclestone ended up paying her billionaire Formula One-controlling ex-husband $100 million a year. By 2014, Bernie had received $500 million from Slavica, and it wasn’t known how long the payments would last. If they lasted for 10 years, the divorce could have cost Slavica close to the $1.2 billion figure that was reported by the tabloids.

Casino moguls Steve and Elaine Wynn married and divorced twice. The second time they split, they split up their communal stock in Wynn Resort, which resulted in each keeping approximately $741 million. A few months later, Elaine’s stock was valued at $955 million, making it a near-billion dollar settlement. Elaine let Steve control her stock after what was called (at the time) one of the most amicable divorces.

Although the full extent of Bill and Melinda Gates’ 2021 divorce settlement is unknown, Melinda received roughly $2.4 billion in stocks on the day the split was announced, instantly making her a billionaire. Over the next few months, she received another $3.3 billion in various stocks. Among them were millions of shares of Canadian National Railway, AutoNation, and John Deere (curiously, no Microsoft stocks were mentioned). She now has a net worth of $5.6 billion.

Jeff Bezos and MacKenzie Scott were married for 26 years. During that time, Bezos founded Amazon and became the wealthiest person in modern history. Scott helped him with that venture, so much so that, when they divorced, she was awarded 25 percent of their Amazon stock—equivalent to four percent of the company and roughly $38 billion. The instant she received the settlement, Scott became the third richest woman in the entire world.