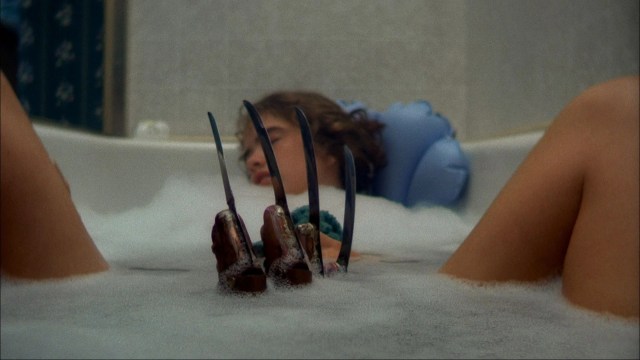 Another day, another controversial opinion. Today, it involves the Horror King Wes Craven ‘s A Nightmare on Elm Street, which saw Robert Englund donning the striped sweater and finger-knives for the first time. Little did he know, his outing as Freddy Krueger, the spirit of a child killer who enacts revenge on the unsuspecting children of the parents who burned him alive, would spawn a horror franchise with an untouchable legacy and cult following. Back in 1984, A Nightmare on Elm Street was the scariest film that many ’80s horror junkies had been subjected to, so it solidified itself as an instant classic, much like its competitors in Halloween, Friday the 13th, The Texas Chain Saw Massacre, and, later, Wes Craven’s own Scream.

However, despite all the praise that A Nightmare on Elm Street received decades ago, one brave fan took to Reddit to question the excellence of Craven’s masterpiece. In a brief criticism of Kruger’s debut, u/JannTosh12 calls A Nightmare on Elm Street “well shot and directed,” but with a story that “makes no sense” and “terrible” acting performances, save those of John Saxon and Robert Englund. The same user claims that Craven’s second sequel, A Nightmare on Elm Street 3: Dream Warriors (1987) and the seventh stand-alone installment, New Nightmare (1994), were much better. Obviously, Reddit users flocked to the comments to share their opinions, some of which were in agreement, while others were not.

First of all, the earliest comment fails to give an opinion one way or another, but merely describes an excited Reddit user preparing to sit back with a bucket of popcorn and watch the chaos unfold. Obviously, this isn’t the first time that horror fans have been at odds with one another — and it certainly won’t be the last.

Rushing to OP (Original Poster)’s defense, one user confirms that Dream Warriors is a better sequel, but doesn’t discount A Nightmare on Elm Street, which they highly favor as one of the “20 best horror films of all time.” As you might have guessed, this is one of the only balanced opinions in the whole thread, much to the surprise of absolutely no one.

Meanwhile, in disagreeing with OP, another user challenges them to find a horror movie that makes sense. There isn’t many out there, so good luck to them. The horror genre has a reputation for the weird and wonderful, and for boasting plots that make absolutely no sense at all, but which nevertheless reel in the big bucks.

They beat us to it, but another user mentions the iconic “blow-up doll through the window” scene in the very final moments of A Nightmare on Elm Street, where Craven couldn’t have made it more obvious that it wasn’t a human being that was dragged through the glass window, but an embarrassingly obvious blow-up doll. For that scene alone, one can determine whether or not A Nightmare on Elm Street is as “great” as fans claim it to be, but that depends on how you look at it; is the blow-up doll scene iconic, or just poorly done?

Finally, one on-the-nose comment said what we were all thinking: “If A Nightmare on Elm Street isn’t as great as we’ve been allegedly fooled into thinking, how did it spawn an enormous franchise with films, novels, toys, video games and a legacy that we’re still talking about almost 40 years later?” Point made.

Regardless of whether or not you think A Nightmare on Elm Street deserves ample praise, we can all agree that it’s easily one of the best horror films ever made — for whichever reason you want to give.