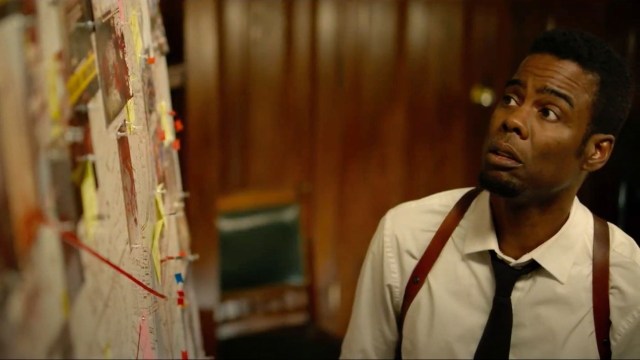 When we think of horror, specifically modern horror, we reminisce about all the twists and turns that took us by complete surprise. Think Orphan (2009) or Us (2019), two prime examples of a climactic plot twist that made us say, “I never saw that coming.” However, where there are truly unrivaled developments in horror that left us tongue-tied and lost for words, there are the complete opposite, which are plot twists that never hit the mark, whether it be enabling a confusing plot or adding unnecessary drama to an otherwise enjoyable tale (we’re looking at you, Nope).

Jaume Collet-Serra’s Orphan will go down in history for its head-turning third act, but not every horror builds to such an impactful and satisfying conclusion. Reddit has dug deeper than ever to unearth the horror films that were ruined after the second/third act thanks to an unwanted twist.

James Wan’s Saw (2004) revolutionized biological horror as we know it, paving the way for spectacles like Teeth (2007) and Hostel (2005), but as the franchise transitioned through several decades, recycled directors and attempted to reinvent a tried-and-true formula, it lost its touch somewhere along the line. The most recent installment in the Saw franchise, Spiral (2021), saw Hollywood legends Chris Rock and Samuel L. Jackson team-up as father-son duo Zeke and Marcus Banks, respectively. The story followed a copycat Jigsaw killer targeting high-ranking police officials, but it was the first Saw film to not feature Tobin Bell either physically or vocally as John Kramer/Jigsaw. In the final act, the audience discovers Jigsaw to be Zeke’s rookie sidekick, Max Minghella’s Detective William Schenk, who has kidnapped Zeke’s father Marcus. Needless to say, Spiral pales in comparison to the other Saw films anyway, but the twist certainly didn’t help. It wasn’t fresh, it wasn’t unexpected, and it wasn’t what James Wan had envisioned for the franchise’s legacy — and Saw fans know it. There’s a tenth Saw film in development that will see 80-year-old Tobin Bell reprise the role of John Kramer/Jigsaw.

As if Saw wasn’t bad enough, another James Wan vessel, Insidious, is next for the chopping board (although, technically, we were criticizing Spiral, not Saw). Spawning a whole franchise of feature-film sequels, Insidious premiered at Toronto International Film Festival in September 2010, telling the story of married couple Josh (Patrick Wilson) and Renai Lambert (Rose Byrne), whose son Dalton (Ty Simpkins) inexplicably slips into a coma. Essentially, in the last act, Wilson’s Josh enters a purgatory realm known as “The Further” with help from Elise Rainier, a psychic, and attempts to retrieve Dalton’s astral form. As u/Bubble_Gunn puts it, as soon as Josh enters The Further to confront the Demon holding Dalton’s astral form hostage, Insidious turns into “an episode of Dr. Who.” And as harsh as it sounds (with no offence to Dr. Who) — we have to agree. That whole sequence was — in a word — odd, and it ruined the eerie tone and tension that Wan had painstakingly built throughout the first two acts.

Stranger Things star Natalia Dyer spearheads the cast of Things Heard & Seen, directed by Shari Springer Berman and Robert Pulcini, and joining Dyer in a leading role is Amanda Seyfried (Mamma Mia! Here We Go Again). Based on the novel All Things Cease to Appear by Elizabeth Brundag, Things Heard & Seen follows Seyfried as Catherine, a young artist with bulimia, and her husband George (Edward Norton), move to a farmhouse in upstate New York and suspect that the house harbors some dark secrets. In a twist involving the home’s violent history, it is revealed that the previous owners, the parents of Catherine’s employees Eddie and Cole (Ella and her husband), died in a murder-suicide. Ella’s husband seemingly went mad one day, shot all of their cows , and proceeded to kill himself and his wife by a murder-suicide. In the very final scene, George, Catherine’s husband, murders Catherine and attempts to flee, but discovers that he has been damned. Reddit considers this ending “lazy” and honestly, it really is as unoriginal as it gets.

There’s so many more horrors out there that ultimately disappointed fans in its final act, but these are a handful of Reddit’s suggestions. Check out the thread above for all the named entries, some of which might surprise you — much more than their final twists.