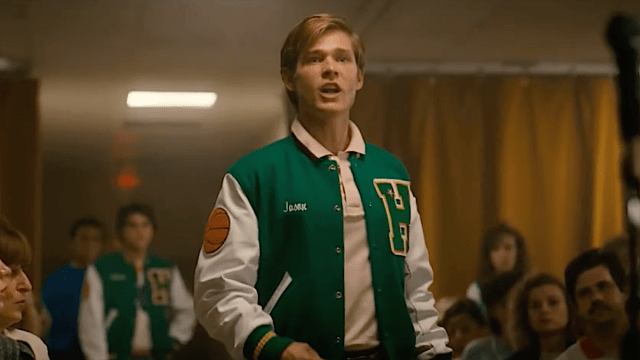 Final girl, quirky best friend, knowledgeable but quiet friend, and of course — trusting and first to die; there are tropes in horror that all subgenres seem to contain.

Slasher films, haunting thrillers, and even possession movies have characters that follow a perfectly laid path before them. They’re an important part of the storytelling process — and you can’t talk about horror movies without mentioning one essential character type: the d-bag.

That’s right, the bro-ey character who doesn’t have a filter, puts themselves first in every situation, and sometimes endangers the group. We love them, we hate them, we love to hate them, and a recently posted Reddit thread is shouting out horrors biggest d-bags today.

One of the most gloriously loathed characters in horror is that guy from the reboot of Friday the 13th — you know the one.

The great thing about this thread is that so many horror fans agree on the best horror d-bags. The following comment had several replies saying that these characters from 2004’s Dawn of the Dead were tragically obnoxious.

Some characters are tolerable even in their glorified d-bag state, but some are downright terrible. There is a level of arrogance that fans can’t even enjoy in horror.

Of course, d-bags come in all forms and fashions, and this horror lover is a big fan of two characters who are snarky, sassy, and delightfully terrible.

For us, Stu was one of the loveable d-bags, but we understand that he’s certainly not everyone’s cup of tea or pint of beer (seems more fitting, right?)

We can imagine that wasn’t an entirely pleasant high school experience.

We’re so glad someone brought that d-bag up because we’ve still not forgotten about nor forgiven him. You don’t throw a dog at a snake!

Cabin Fever is one of those movies that just stick with you — and the character that Joey Kern plays does too. What a, well, a d-bag!

That being said, do we have to give the guy a nod because he at least tried to play it smart? We’ll ultimately leave that to you; the question is, do you want to be considered one of horror’s finest d-bags?

From the love-hate relationships, the admirable d-bags, and the characters that audiences cheered for as they died — horror wouldn’t be horror without these characters. Cliche? Maybe, but they make the terrifying and spine-tingling genre turn.