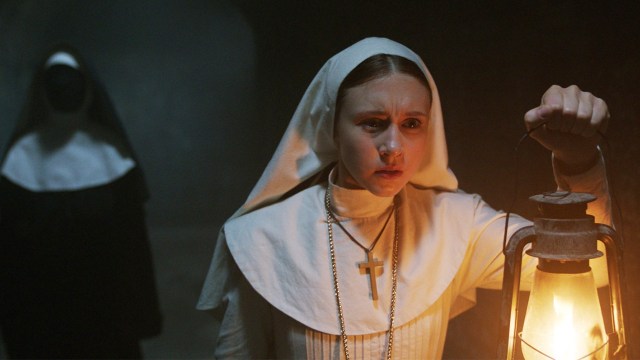 When discussing the weird and wonderful world of horror, some cult-classics in every genre immediately come to mind.

Obviously, the slasher genre is dominated by John Carpenter’s Halloween, Tobe Hooper’s The Texas Chain Saw Massacre and Wes Craven’s Scream; unmissable spectacles like The Blair Witch Project, Unfriended and V/H/S rule the anthology horror genre, and so on and so forth.

However, even with groundbreaking films like Get Out, Hereditary, The Conjuring and Candyman, the extensive horror genre still isn’t as polished and perfected as it could be, so it has its fair share of flaws. With every award-winning, commercially successful horror comes the stark contrast of a poorly-written and tasteless box office disaster, and it’s those misfires that give the horror genre a bad name.

Over on Reddit, horror enthusiasts are doing their daily public service by compiling all of the horror movies that just aren’t worth the watch, whether they’re plain disappointing and an undeniable waste of precious time or so unnecessarily graphic to the point of inducing nausea.

As expected, plenty of Reddit users came out of the woodwork and flocked to the comments to share their various horror misses. One of the first comments from u/godonlyknows1101 drags Megan Is Missing (2011) under the microscope. Written, directed, edited, and co-produced by Michael Goi, the marketed-as found footage psychological horror, Megan Is Missing follows the disappearance of high school student Megan Stewart (Rachel Quinn) after she arranges to meet someone she met online. Her best friend, Amy Herman (Amber Perkins), launches a subsequent investigation, but also goes missing shortly after.

Goi based the film on a series of real-life cases of child abduction and although it has been described as dull and monotonous for about three-quarters, Megan Is Missing pulls out all the stops for the last quarter, but the results are horrifying — and not in a good way. Towards the end, (spoilers!), Amy’s abductor brutally rapes her, then locks her in a barrel (beside Megan’s rotting corpse) and buries her alive. And yes, it is just as unwatchable as it sounds.

Next for the chopping block is Henry: Portrait of a Serial Killer, a 1986 psychological horror (it’s always a psychological horror, isn’t it?) by John McNaughton and supposedly chronicles (with fictional dramatization) the real-life crimes of notorious serial killer Henry Lee Lucas. Michael Rooker stars as Henry, a serial killer who kills at random to terrorize the streets of Chicago.

Although many showings were successful, Henry: Portrait of a Serial Killer attracted both praise and controversy, but when the slasher film got slapped with an “X” rating by the MPAA, its reputation nose-dived. Reddit user u/nightly1111 describes McNaughton’s recount of events “disturbing” and mentioned that it “played like a snuff film.” Clearly, Henry: Portrait of a Serial Killer wasn’t very tasteful or sensitive when crafting reenactments of real-life occurrences. Subsequently, as you might have guessed, the film was censored in many countries, including the United Kingdom.

In a shocking turn of events, Reddit took a stab at The Conjuring universe, namely The Nun, which has received backlash in the past for failing to live up to expectations set by its predecessors. Among other films, such as Knock Knock (2015), Poltergeist (2015) and Cult of Chucky (2017), The Nun (2018) finds itself named as a must-never-see horror flick. Starring the talent of Demián Bichir, Taissa Farmiga, Jonas Bloquet and introducing Bonnie Aarons as Valak in a major role, The Nun follows Sister Irene, a nun in her noviciate, who travels to Romania after the apparent suicide of a fellow nun.

There, she meets Frenchy, a local resident tasked with escorting her to the abbey — the scene of the ‘accident’ — and from there, terrifying hauntings begin disrupting the once-quiet place of worship. Although not unbearably gory like some of the others, The Nun garnered hate and rejection for being one of the most uninteresting installments in the impressive Conjuring franchise.

Last (and probably least), there’s Antrum (2018), a Canadian horror film that was written and directed by David Amito and Michael Laicini. Well, before we continue, it should be mentioned that Antrum has legal notice displayed before every screening. Essentially, it explains the “history and dangers” (paraphrasing) associated with Antrum and advises viewers that the cast, crew and production companies are not liable for any illness, injury or death that may occur after the screening.

It then asks any offended parties to leave the theater immediately. Charming. Starring Rowan Smyth, Nicole Tompkins, Dan Istrate and Circus-Szalewski, Antrum is divided into two parts: a mockumentary and a feature film. The documentary tells the story of Antrum, a late 70s feature-film that allegedly produced delirious effects on those who watched it, and the feature-film is the only known print of the “cursed” film, which has been altered by a third party and depicts sacrificial rituals, demonic summonings and runs with heavy occult themes. Just like The Nun, Antrum was bashed for being “boring,” despite its innovative and game-changing concept, which was sadly wasted on a subpar product.

There’s many, many more horror films that deserve the boot, but these are just a handful of what Reddit considers to be the most unwatchable of all. Honestly, either watch them or don’t, we won’t judge. But, be warned: we won’t be held liable for any illness, injury — just kidding.