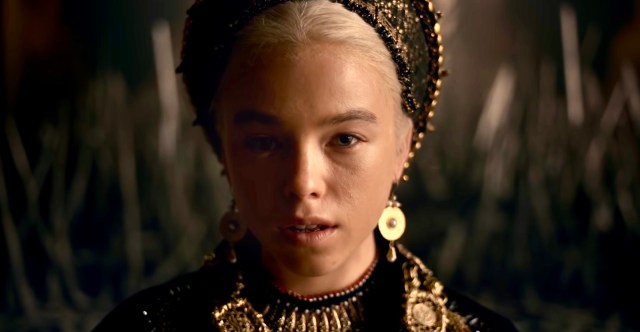 The reign of fire and blood is nigh upon us, which is why HBO has seen fit to release a batch of new promotional images for House of the Dragon as part of a cover story for Entertainment Weekly.

The new prequel series is the first of the numerous Game of Thrones spinoffs currently in development at the network, with a story set some 200 years before the War of the Five Kings and involving House Targaryen in the most eventful and tumultuous period of their ancient history.

In these newly-released images courtesy of Entertainment Weekly, we get a sense of a number of important plot threads from Fire & Blood — George R.R. Martin’s prequel novel on which the series is based — and what they’ll entail for the live-action adaptation.

We’re apparently going to witness the Great Council of Harrenhal in 101 AC, where King Jaehaerys I Targaryen, known as Jaehaerys the Wise — and deservedly so — brought together powerful contenders for the Iron Throne and decided the matter of succession, ensuring that the power vacuum in the case of his death wouldn’t result in chaos and bloodshed.

The images then get into the show’s current timeline, showing off characters such as Rhaenyra Targaryen, heir to the throne, the Hand of the King Ser Otto Hightower, his daughter Alicent, and even images of Matt Smith’s Daemon Targaryen at a tourney.

House of the Dragon is being produced by George R.R. Martin himself, so fans of A Song of Ice and Fire are excited to see what the creator has done with the ambitious tale of House Targaryen. To know more about them, be sure to check out our article on the history of the dragon dynasty.