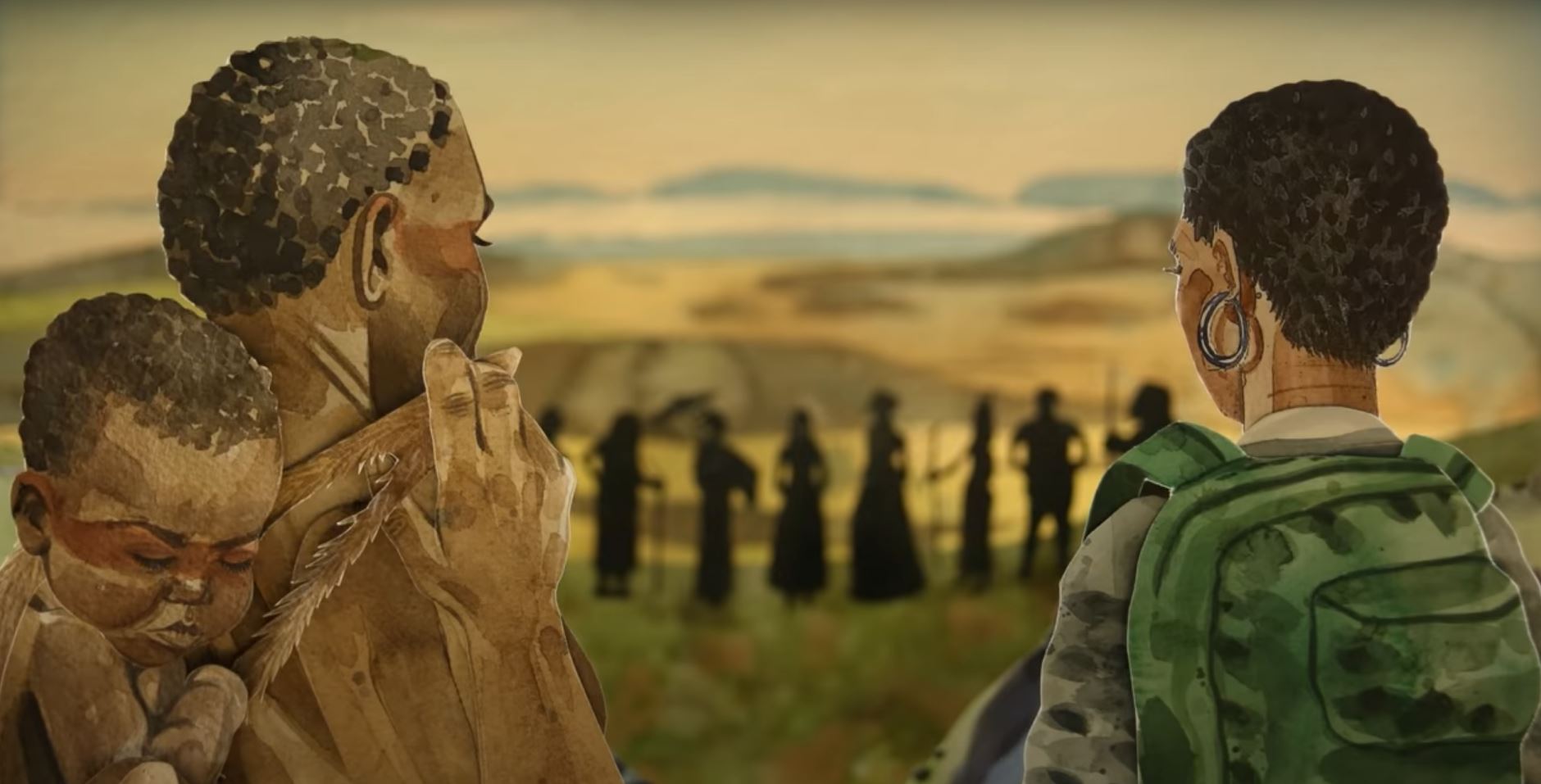 Today, on the International Day of Women and Girls in Science, one Twitter user decided to shout-out Neil Gaiman.

Yes, that Neil Gaiman, who wrote Coraline, American Gods, and Good Omens. But he wasn’t honored for his novels by the grateful tweet; he was thanked for a poem he wrote called “The Mushroom Hunters.”

When he noticed his poem had been on the mind of women celebrating this important day, he let us know that he was proud of it. He also stated that he loved the YouTube video for the poem, which his wife narrated.

“Science, as you know, my little one, is the study of the nature and behaviour of the universe,” the poem begins.

“In the old times, they say, the men came already fitted with brains
designed to follow flesh-beasts at a run,
to hurdle blindly into the unknown,
and then to find their way back home when lost
with a slain antelope to carry between them.
Or, on bad hunting days, nothing.”

The fact that the poem begins with a perspective on prehistoric man is principal, as it controls the flow of the entire work.

“The women, who did not need to run down prey,
had brains that spotted landmarks and made paths between them
left at the thorn bush and across the scree
and look down in the bole of the half-fallen tree,
because sometimes there are mushrooms.”

The poem continues with a focus on early women, who Gaiman calls mushroom hunters. The full video is worth the watch, as it takes viewers on a spectacular journey.

Gaiman portrays women in a unique way, and “The Mushroom Hunters” stands as an accurate and crucial depiction of who women have been throughout time, and how paramount they remain.

If you’re celebrating the International Day of Women and Girls in Science, consider taking five minutes to read or listen to “The Mushroom Hunters.”