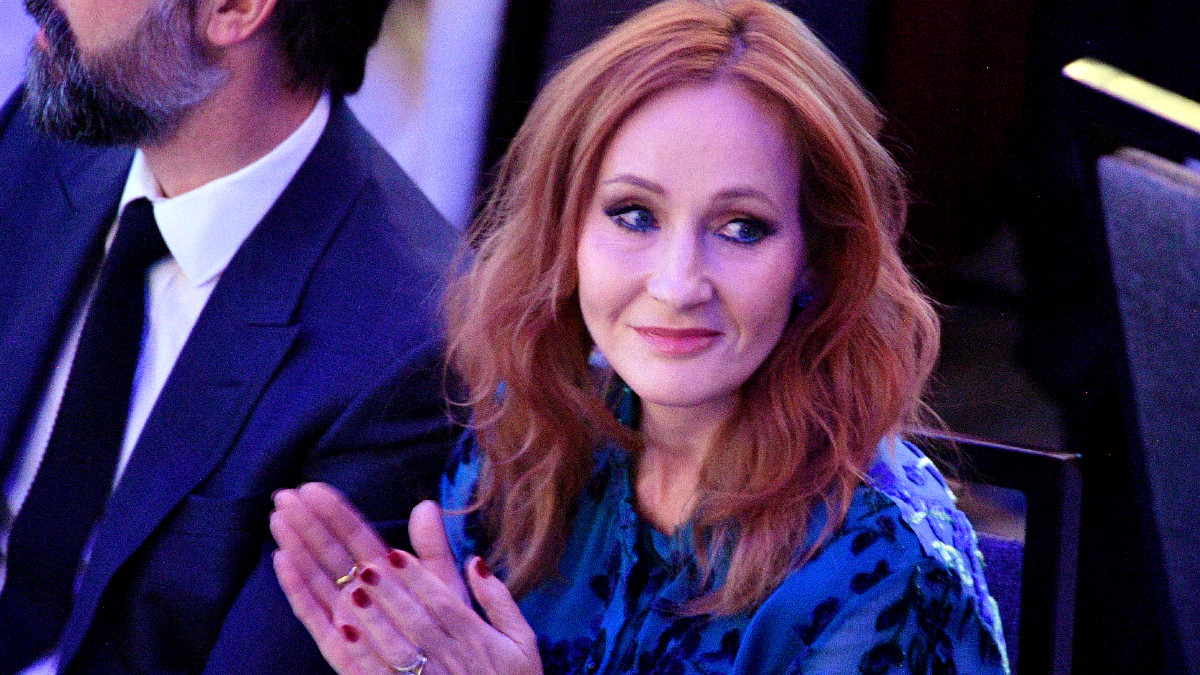 J.K. Rowling has yet again inserted herself into discourse regarding trans rights, further damaging her reputation with fans when the option was there the whole time to simply have herself a seat.

This time, the subject of Rowling’s ire was proposed amendments to Scotland’s Gender Recognition Reform Bill. Though the bill itself has been in place since 2004, the new amendments will eliminate the need for trans people to provide medical and psychiatric documentation for their preferred gender to be recognized.

“Trans men and women are among the most stigmatized in our society, and many find the current system for obtaining a Gender Recognition Certificate to be intrusive, medicalized, and bureaucratic,” states Social Justice Secretary Shona Robison of the proposed changes. “This Bill does not introduce any new rights for trans people. It is about simplifying and improving the process for a trans person to gain legal recognition, which has been a right for 18 years.

It’s worth pointing out that the amendment does have a clause to prevent fraud, as there is a provision built-in proposing a “criminal offense for applicants to make a false statutory declaration, with a potential punishment of up to two years’ imprisonment.”

However, Rowling popped off on the changes to the bill regardless by sharing an article over the weekend from a right-wing publication about a sexual assault survivor who opposes the bill.

“The most searing, heartfelt and courageous response yet to [Robison’s] astounding claim in the Scottish parliament that there is no evidence sexual predators ‘have ever had to pretend to be anything else.’ Susan, as a fellow survivor, I salute you.”

It’s unclear how the story is relevant — or another anecdote in the article about a young girl killed by a man pretending to be a police officer — as the abuser was not a trans woman or even a man dressed in drag. Yet, Rowling followed up with another tweet, adding an unverified claim that the bill “will harm the most vulnerable women in society.”

But by Tuesday, Rowling had moved on to frothing about International Women’s Day because god forbid anyone suggests that the holiday should be inclusionary to trans women. “Apparently, under a Labour government, today will become We Who Must Not Be Named Day,” she eye-rollingly added, which makes you wonder if J.K. Rowling even understands the Harry Potter series anymore.

Naturally, as Rowling’s remarks began to spread on Twitter like wildfire, plenty of folks came out of the woodwork to remind everyone why we should really just ignore anything J.K. Rowling says.

“I’m a cis woman who’s never once struggled with her gender identity, and yet I find it incredibly easy to NOT exclude and harass women who aren’t cis on a day that’s supposed to be for all of us,” tweeted one user.

One user pointed out coincidentally that Rowling’s brand shift comes after her literary success went down Moaning Myrtle’s toilet.

The Public Enemies podcast tweeted a meme from the outstanding Abbott Elementary to convert Rowling’s ridiculousness.

British comedian Mark Grimshaw took to the platform to point out the inherent flaws in her logic.

“Oh my god, SHUT UP,” Tinashe tweeted, quite simply and satisfyingly.

But on a serious note, another user attempted to remind Rowling that “abuse and trauma” are not experiences exclusive to cis women.

In fact, there is a disproportionate amount of trans women who face violence and abuse, which is why a billionaire author calling them out on her very public platform of over 13 million followers is, uh, not helping! Unfortunately, it seems as though Rowling has decided that this is the hill she will die on, and it seems unlikely Twitter will boot her from the platform without literally inciting a violent insurrection.