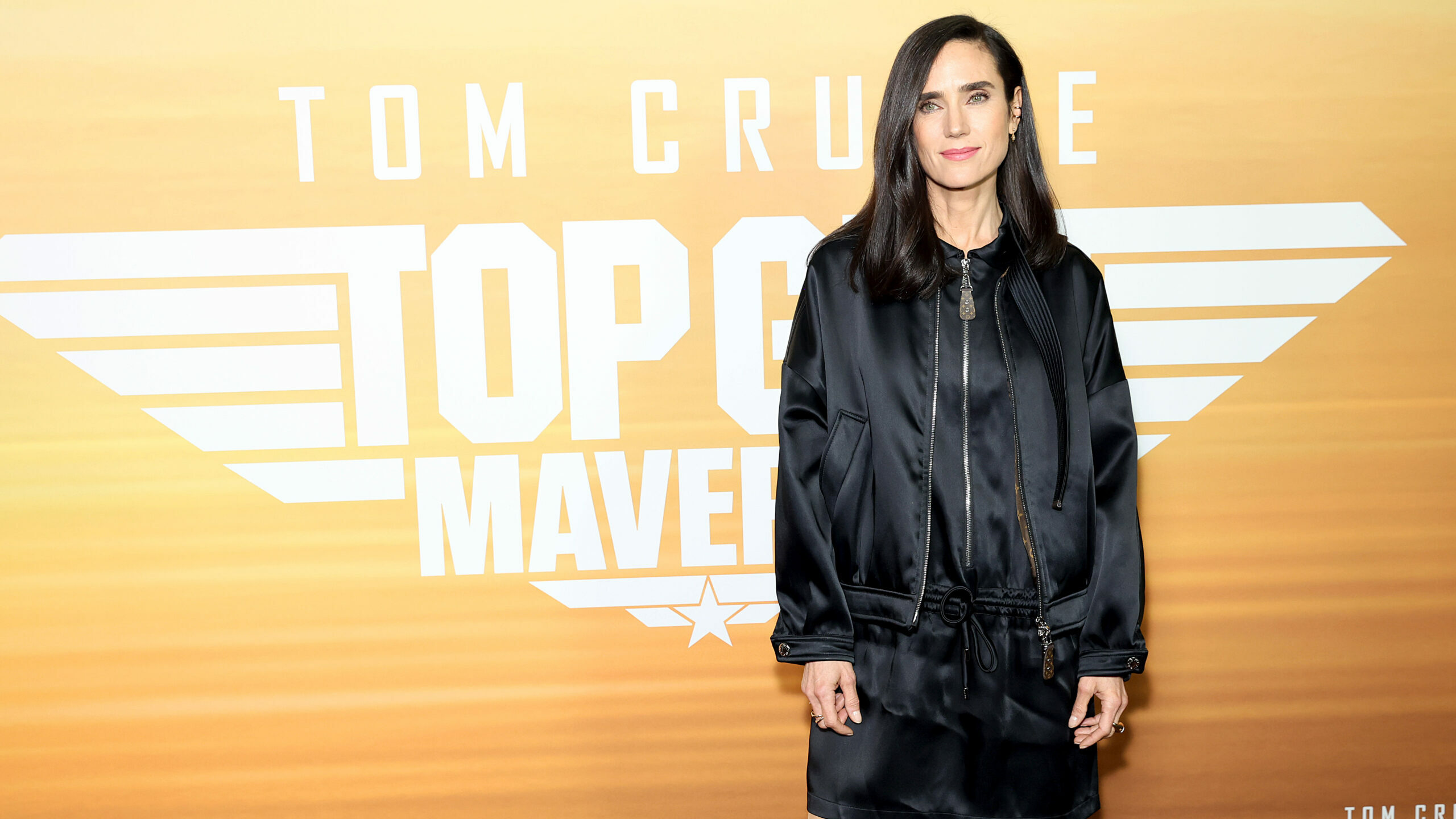 Michael Strahan asked Connelly about her intense chemistry with Tom Cruise in Top Gun: Maverick and praised how immediate and encompassing their scenes are. Connelly said a lot of that is because Cruise is such a great actor.

“I love the idea of their relationship. My character’s name is Penny Benjamin who is mentioned in the original Top Gun movie. So these characters have known each other for a long time so I think it was a fun place to start their relationship. You know, they’ve clearly known each other for many years so we can kind of hit the ground running. He (Cruise) is such a great actor, so he makes it — you know, you just enjoy working with him.”

However, it’s not all romance and butterflies; you might even say they get on the highway to the danger zone. Connelly and Cruise share a scene that initially made her feel like she might need some extra practice regarding her lines. She gave fans insight into how she prepared for that intense scene in Top Gun: Maverick.

“I stood on my coffee table on my living room, and I said to my kids, ‘I’m going to run my lines just do anything you can to distract me. Throw water on me, blow on me, whatever’ — but I know that the moment I get out there, everything is gonna just like leave my mind, you know.”

From thrilling scenes to a new romance for Maverick, this film will make audiences cheer, laugh, and cry as Connelly and Strahan share with one another, and it’s an exciting idea for fans who have loved Top Gun for so long now. Top Gun: Maverick is about flight, of course — but it’s also a love letter to so much more than that.

The emotional synopsis for Top Gun: Maverick is as follows:

“After more than 30 years of service as one of the Navy’s top aviators, Pete “Maverick” Mitchell is where he belongs, pushing the envelope as a courageous test pilot and dodging the advancement in rank that would ground him. Training a detachment of graduates for a special assignment, Maverick must confront the ghosts of his past and his deepest fears, culminating in a mission that demands the ultimate sacrifice from those who choose to fly it.”

Top Gun: Maverick flies into theaters on May 27.