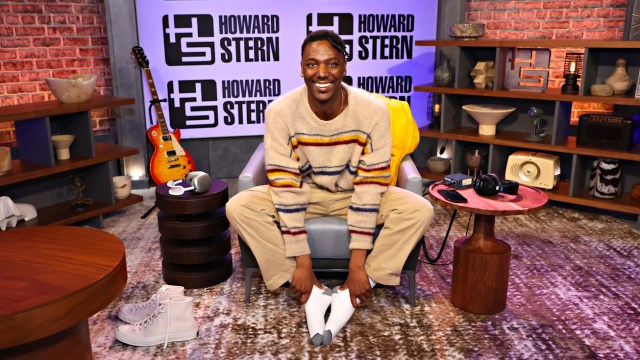 Jerrod Carmichael made headlines by coming out as gay in Rothaniel, his latest one-hour special for HBO, the night before he hosted Saturday Night Live. While his family seems to have trouble accepting Carmichael’s identity as an openly gay man, fans have embraced him and emboldened him to speak his mind about subjects that few other comedians will.

In a recent profile in GQ, the comedian talks about his close friendship and collaboration with fellow comic and filmmaker Bo Burnham, and how their collaboration on Rothaniel, which Burnham directed, gave him the freedom to say whatever’s on his mind. And what’s on his mind is that Dave Chappelle can go fuck himself.

Chappelle has spent the past few years courting controversy, and raking in big viewership numbers for Netflix, by continuing to release one-hour specials on the streamer in which he seems to take pleasure in defying the shifting cultural norm towards acceptance of trans people. Jokes from his latest special, The Closer, were perceived to be so transphobic that they sparked a walkout among queer-identifying Netflix employees from their Hollywood headquarters in October of 2021.

And it seems Carmichael hasn’t forgotten. The discussion began by talking about the effect his coming out had on his family, and saying that only his 15 year-old niece accepted it.

“‘She hit me with a quick text, I see you. I hear you.’ Carmichael suspects her age has something to do with that: ‘I love this generation,’ he says earnestly. ‘I actually fuck with them, and fuck all those comedians that are going so hard against them.’”

Carmichael went on to openly address Chappelle as one of the comedians in question, mocking Chappelle’s stance that he was a victim of “cancel culture.” Despite getting lambasted online, the criticism didn’t translate into real world consequences, with Chappelle remaining a popular draw in arenas and large theaters. He subsequently signed a further deal with Netflix to produce four more specials, under the “Chappelle’s Home Team” umbrella, in which he would present comedians whose work he enjoyed. The first, starring legendary Black comedian Earthquake, premiered soon after.

Carmichael had this to say about Chappelle:

“‘Look, I get it. Everybody’s got to create a boogeyman to sell tickets. But it’s not true,’ he says, referring to the much-hyped threat of cancel culture. ‘Who’s getting canceled for what they’ve said? What does that mean, that people are mad on Twitter? Everybody’s fine. These grown men are fine. I think, a lot of times, people who offer nothing truthful or meaningful about themselves then complain about society at large and create this boogeyman. It’s like, listen, that’s the most urgent thing in your life? God bless you. I’m tired of hearing it. Chappelle, do you know what comes up when you Google your name, bro? That’s the legacy? Your legacy is a bunch of opinions on trans shit? It’s an odd hill to die on. And it’s like, hey, bro. Who the fuck are you? Who do you fuck? What do you like to do? Childish jokes aside, who the fuck are you? It’s just kind of played. But he’s choosing to die on the hill. So, alright, let him.’”

The article went on to detail perhaps the most shocking aspect of Carmichael’s new lifestyle; his tendency to fly to Tokyo, Japan, at the last minute to try a specific kind of grape he’s heard about.