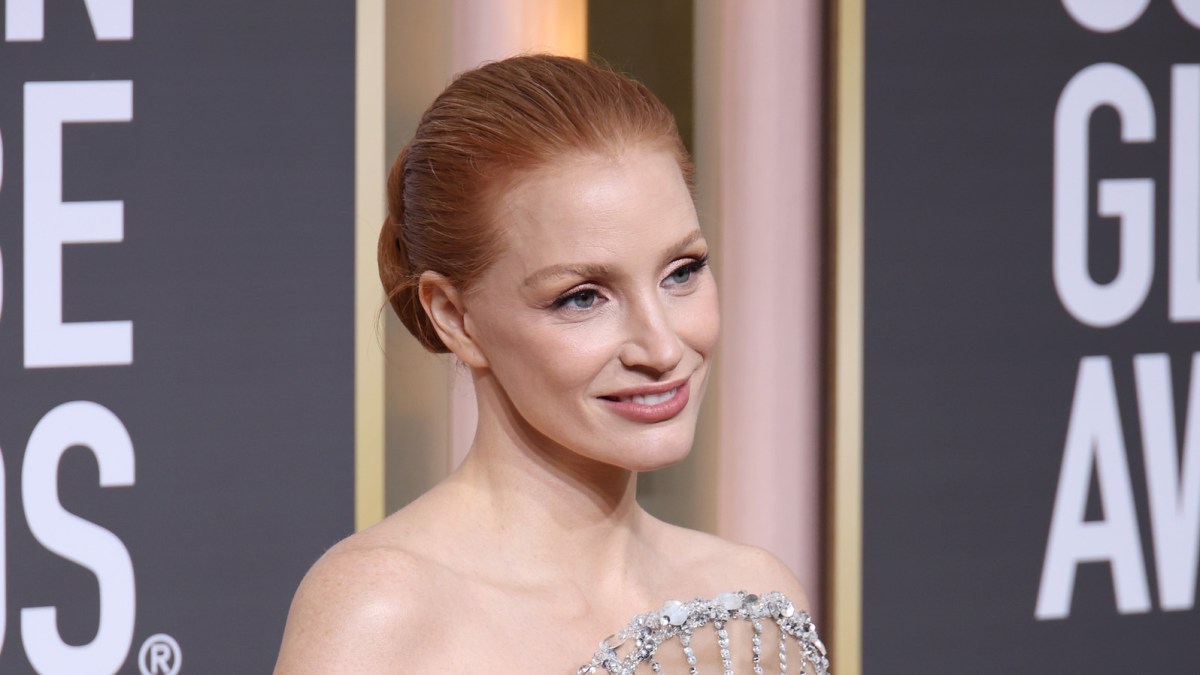 Stylist Elizabeth Stewart created Chastain’s glamorous look. She posted a series of photos of the actor with the caption, “Jessica Chastain heading to the Golden Globes in Oscar de la Renta! Beautiful hair and makeup by Renato Campora and Kristofer Buckle. Please swipe to the last slide to see the real star of tonight, Orsolina Garcia, who expertly tailored this dress after our last-minute noon fitting! She finished in the Nick of time! Rings by Gucci and shoes by Casadei.”

The gown is an intricate arrangement of glittering webbing fashioned from sparkling crystals on a flesh-colored corset and translucent skirt. The Academy Award winner completed the look with a matching bejeweled facemask.

Chastain’s look scored an immediate yes from fashion bible Marie Claire, who proclaimed Chastain one of the best-dressed stars on the red carpet this year.

Her look also caught fire on social media. Itgirlenergy posted Stewart’s photo of Chastain next to a capture of the stunning gown on a model.

BestOfChastains posted a video of the Scenes From A Marriage star on the red carpet with the caption, “The People’s Princess.”

Chastain is nominated for a Golden Globe in the category of Best Actress in a Limited Series, Anthology Series, or Television Motion Picture for her portrayal of Tammy Wynette in George & Tammy.