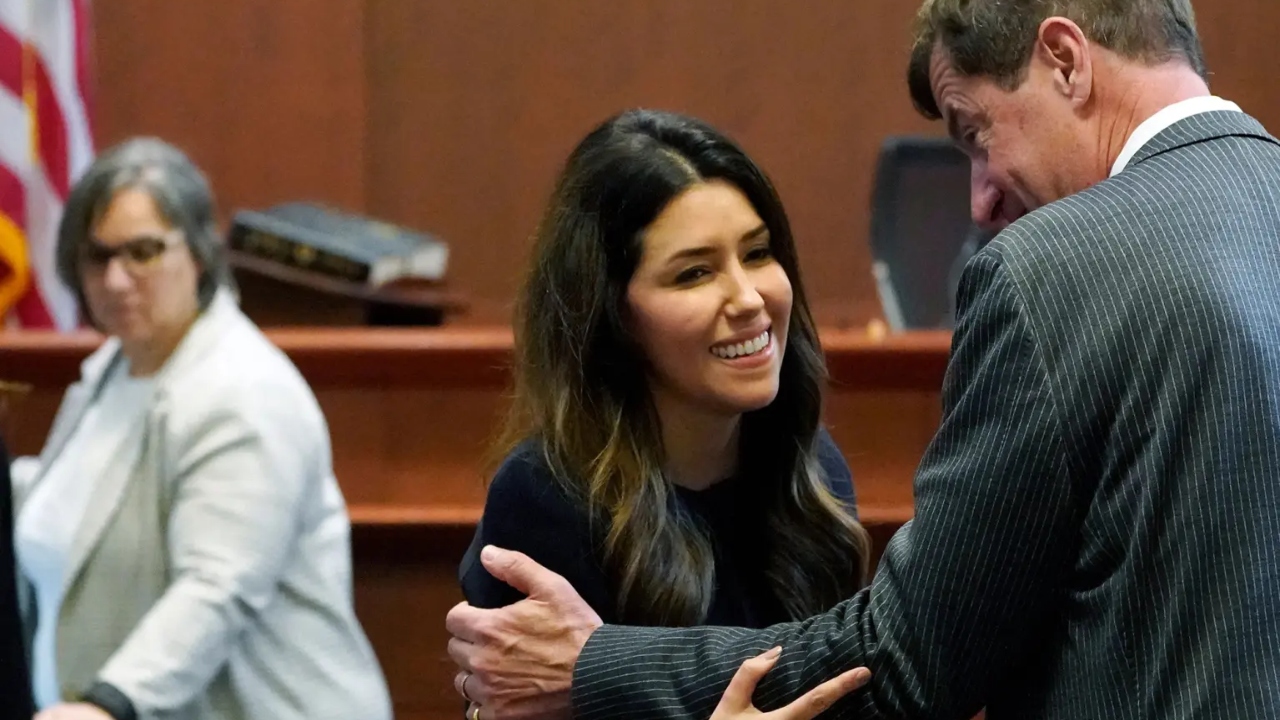 Over the recent weeks, the Johnny Depp and Amber Heard defamation trial has garnered global viewership as it is broadcast all around the world for the general public to take their side and support either Depp or Heard, with Depp’s supporters being particularly fervent.

In particular—amidst the he said, she said debacle— Depp’s 37-year-old lawyer, Camille Vasquez, has gained her own recognition for her cross-examination of Amber Heard on Tuesday. Depp supporters have gathered in the masses outside the Fairfax courtroom in Virginia, hoping to catch a glimpse of the Pirates of the Caribbean actor, but some fans have even settled for a picture and a hug with Vasquez, whose online presence has exploded overnight.

Who is Camille Vasquez?

As per the New York Post, Depp’s high-profile lawyer is an associate at the Brown Rudnick law firm; she is representing the 58-year-old actor in his $50 million defamation lawsuit against his ex-wife Amber Heard.

Based in Orange County, California, Vasquez, according to Brown Rudnick’s website.

Prior to Brown Rudnick, Camille was an attorney at a national firm in Los Angeles.”

Vasquez, who also speaks Spanish, attended the University of Southern California in 2006 and Southwestern Law School in 2010. She was named among the “Ones to Watch” for Commercial Litigation, 2021-2022.

What is Camille Vasquez’s role in the Depp vs. Heard trial?

As part of the law firm representing Johnny Depp in the ongoing trial against Amber Heard, Vasquez is one of many members of Depp’s legal team. She has brought forward witnesses to the stand and questioned them rigorously, but it wasn’t until she came face-to-face with Amber Heard on the stand that her presence and ruthlessness became truly known and admired.

When she grilled Heard on the stand, Vasquez mentioned some prior abuse claims made by her ex-wife, Tasya van Ree.

“You assaulted her at a Seattle airport in 2009, didn’t you?” Camille Vasquez, Depp’s lawyer, asked Heard.

“And people saw that,” Vasquez retorted.

“That’s not true,” Heard fired back.

“It was covered in the press, isn’t that true?” Vasquez asked.

“It was […] planted in the press by Johnny’s team two days after I got the [temporary restraining order],” Heard said.

Vasquez went on to suggest that Heard had been abusive to several domestic partners—not just her ex-husband.

“So Mr. Depp is not the only domestic partner you’ve assaulted, is he Ms. Heard?” Vasquez said.

“I’ve never assaulted Mr. Depp or anyone else that I’ve been romantically linked to, ever,” Heard said.

What Do Johny Depp Fans Think About Camille Vasquez?

After that, Vasquez closed out her cross-examination, but in doing so, she earned herself the respect and adoration of Johnny Depp’s followers—many of whom have said that they are “now Camille Vasquez fans” as well.

Of course, the discourse made its way to TikTok. One video, in particular, has made the rounds on TikTok—garnering over 5.2 million views—which shows Vasquez going toe-to-toe with Heard’s lawyer Elaine Bredehoft, objecting and redirecting her line of questioning, which stretches outside the scope of cross-examination and at times feels irrelevant to the current claim.

On TikTok overall, videos with #CamilleVasquez have a collective 541.8 million views. Depp supporters have shared countless clips of Vasquez in action, offering praise for her pointed and cut-throat approach.