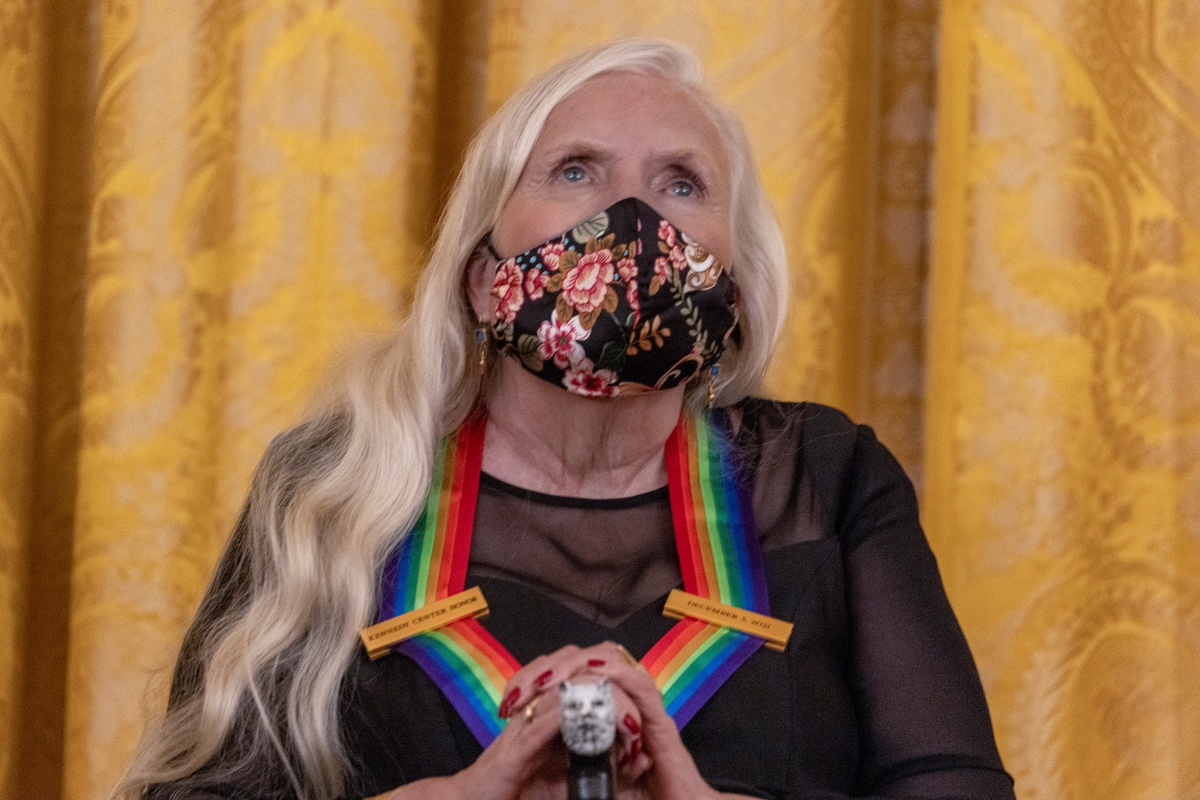 Joni Mitchell is the latest legendary musician to announce that she’ll be pulling her music off of Spotify following a controversy over the misinformation about the COVID-19 vaccine that is hosted on the platform.

Mitchell announced the news in a post on her website on Friday, saying that she stood in solidarity with fellow Canadian musician Neil Young. “Irresponsible people are spreading lies that are costing people their lives,” Mitchell wrote. “I stand in solidarity with Neil Young and the global scientific and medical communities on this issue.”

This wave of departures from Spotify was started by Young, who called out Spotify for hosting Joe Rogan, who has been a consistent source of misinformation on the virus. Young asked his management to immediately remove his entire catalogue from the streaming platform, and now, others have been spurred to join him.

In her post announcing her exodus, Mitchell also cited an open letter published by a coalition of scientists earlier this month which requested the implementation of a misinformation policy for audio published on the platform. In the letter, the authors outlined a number of concerns with “The Joe Rogan Experience,” which is currently Spotify’s most popular podcast in the U.S. and U.K. “Throughout the COVID-19 pandemic, Joe Rogan has repeatedly spread misleading and false claims on his podcast, provoking distrust in science and medicine,” the letter states.

Rumors have also been spreading suggesting that singer Barry Manilow would join Mitchell and Young in removing his catalog, but Manilow has weighed in to clarify that they have no basis in fact:

Whatever you think of Joe Rogan this was easily the funniest response to the whole situation: