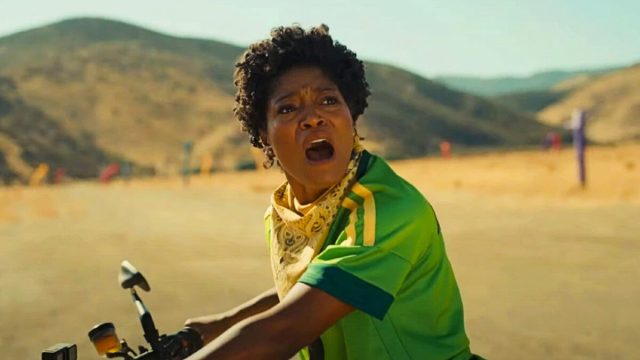 Director Jordan Peele’s Nope came out last month to box office success and positive reviews. It features a number of hidden meanings, has some intense scenes, is seen to be a commentary on the entertainment industry, and, now, Peele has peeled back the layers of a certain sequence early on in the project which results in carnage and deaths of both human beings and a species relative.

The revelations about what happens on the set of Gordy’s Home and its titular primate come in an article published by Empire today. The 43-year-old says in the piece it serves to showcase people’s conflicted views of media, and this one is interesting to digest.

“It’s about exploitation. It’s about feelings of rage. At the industry. We fear Gordy, but we don’t hate Gordy. I think there’s an interesting thing happening for the audience there.”

Later in the piece, it is also revealed Planet of the Apes franchise veteran Terry Notary provided the motion-capture for Gordy and the work is exceptionally personal for Peele. Notary says it serves to address his earliest days as a performer, in a certain kind of way.

“It was just, ‘This is what I do! And I’m sorry about that. I know I’m probably upsetting people, but I can’t help it. You are forcing me to do something that I don’t do normally, and I’ve reached my breaking point.”

Nope is now available for rent on YouTube and a variety of other online platforms. While Peele has not yet made a sequel to any of his films, several people involved with the project have indicated there is at least some potential for more. Brandon Perea told SYFY Wire last month that he convinced those behind the scenes to not kill his character Angel, as was intended in earlier script drafts. As well, the designer of the film’s creature told Thrillist around the same time that what we see on the movie screen may not be its actual death.