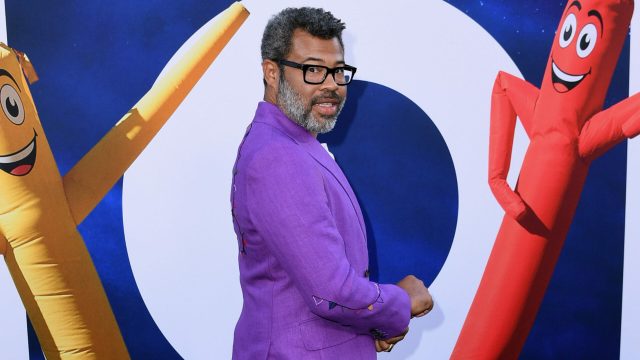 Jordan Peele’s Nope is slated to land in theaters this Friday, and the inspiration behind the film is both simple and multifaceted. Of course, there’s the extraterrestrial involvement, but there’s also a deeper message.

In a round table with EW, director Peele stated that the idea at the film’s core was simple: “I believe there are aliens out there.”

For the rest of the plot details, he’s keeping his cards close to his chest, but he knew he needed to take a risk with this film. Nope needed to be something that tested the limits and boundaries of everything he knew.

“All I know is that I need to start with a big risk. I need to start with something that I’m not supposed to do, something I don’t know if I can do yet. And then the project that comes from that is somewhat aspirational. With Get Out, it started with this notion of ‘I have to entertain, even if I have no money to do it.’ And so it has to be about the journey that I’m taking the audience on. That’s become what people expect from my movies, and so it’s been very important to preserve that sense of mystery.”

Mystery, aliens, and even westerns are the ingredients for Nope, with Peele saying the latter is more a mythology of Hollywood than an actual western.

“I do like westerns, although I think this film, more than anything, is about the Hollywood mythology of the Wild West — and not only the sugarcoating of the barbarism of it, but the erasure of the Black cowboy. That’s all wrapped up in this movie. In a lot of ways, it’s about Hollywood.”

You can see Nope in theaters on July 22, and don’t forget to buckle in for the wild ride.