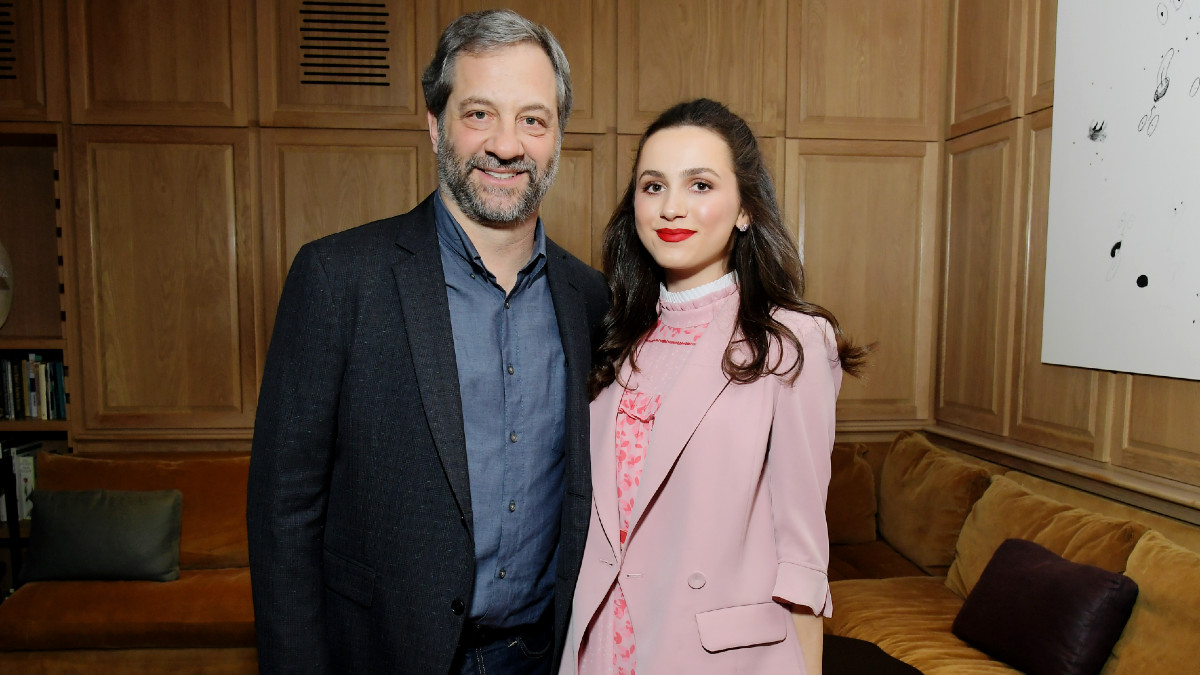 Sunday’s new episode of Euphoria, “The Theater and It’s Double,” put the literal spotlight on Maude Apatow’s Lexi Howard, with an original high school stage production that delved into how the character felt overshadowed by her emotionally needy, sexpot older sister Cassie (Sydney Sweeney). It was a masterful episode of the popular HBO series (featuring a showstopping dance number), setting up what’s sure to be an explosive finale next week.

But one person who wasn’t watching was Maude’s famous dad, producer Judd Apatow — or so he joked at the time.

Ahead of the episode on Sunday, the 24-year-old teased her big stage debut with a trailer for the episode that she posted to her Instagram account. “I feel like I’ve lived most of my life in my imagination, taking the smallest moments and dreaming them up into something bigger,” Apatow voiceovers in the clip. “But I always had this feeling, at any moment, that something terrible was about to happen.”

The terrible thing to which she refers, of course, is the fate of Lexi’s love interest, friendly neighborhood drug dealer Fezco (Angus Cloud), which was left hanging in the balance at the end of the penultimate episode.

But all that was lost on the elder Apatow, who jokingly commented that he will watch right after he finishes Yellowstone. “We support these priorities,” replied the official account for the Paramount Network series.

Apatow likewise took to his Instagram story shortly after, sharing a still of Lexi and Fez from the teaser, writing, ”I have promised not to judge this young suitor, but I do have my concerns,”

As Buzzfeed points out, this isn’t the first time Apatow had playfully trolled his daughter and Cloud on social media. In another of Maude’s Instagram posts of herself and Cloud wearing matching Thom Browne tartan, the 54-year-old joked: “I am right outside the edge of the group photo in the same outfit as them. Why did they crop me out?”

Before that, Apatow had shared a series of behind-the-scenes photos of the star-crossed characters, to which her dad responded, “Is this something I should be concerned about?”

As countless Euphoria fans could tell you: yes, this is absolutely something to be concerned about. However, less so from an overprotective dad standpoint, and more so regarding the fate of Fezco. Is it just us, or is anyone else mildly terrified for the season finale the weekend?