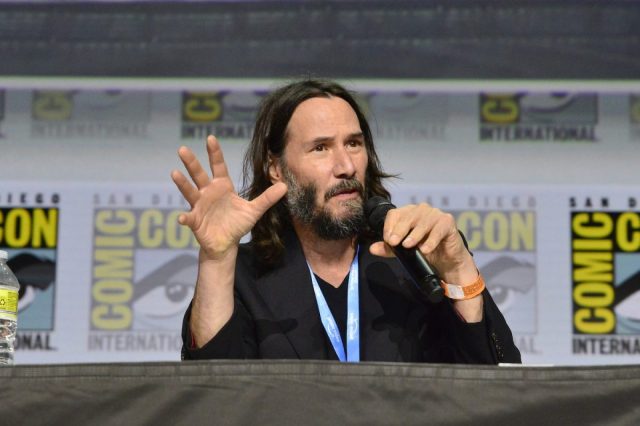 The DC Extended Universe got a shot in the arm with the news of the DC League of Super-Pets movie and its absolutely stacked cast. The movie features Dwayne Johnson, John Krasinski, Kevin Hart and of course everyone’s favorite journeyman, Keanu Reeves.

Because the film is animated, this won’t be your usual run-of-the-mill gravely depressed Batman, but something maybe mildly sunnier (it is Batman after all). There have also been so many portrayals of Batman over the years, even animated ones, that it’s always fun to imagine how a new actor will take on the role.

In an interview with The Direct, director Jared Stern revealed not only that this portrayal would be different than anything we’ve ever seen before but also that making the movie with the character was a challenge, especially having to follow the LEGO Batman movie.

You know, having worked on, especially LEGO Batman, it’s a real challenge. There’s already been just recently an awesome animated funny Batman. So I just wanted to do something different for this film. And I think the LEGO Batman is [a] very confident guy. Suave, you know, he’s the guy that Emmett [LEGO Movie], the love of his life, Lucy Wildstyle, he’s the guy that you don’t want to be dating a woman who you like, right? He hangs out with the guys from Star Wars. He’s just super cool, Will Arnett. So we knew we wanted to go a different way.

He said Reeves was a great choice for Batman because of his voice, mystery and the fact that he seems like he could use a dog.

“And so we thought our Batman is haunted. You know, he’s a, he’s just sort of a little bit lost in this kind of crazy eyes. And he’s still Batman. He still kicks butt, but he’s still an awesome superhero. But he’s just, he’s seen some stuff in his life. And most importantly, for our movie, he’s a guy that could really use a pet. And so Keanu [Reeves]  fits so perfectly for that his voice just was so right for this guy that’s a little bit off. A little bit haunted by his past. But deep down a good guy who could use a dog.”

The idea of the troubled Batman was one that really resonated with Stern.

“I’m a huge Batman fan. I love the new Batman movie. And so that was a fun take as sort of this Noir-ish detective take was really cool. And, yeah, so our guy is just sort of, as I as I was saying, He’s haunted. So, he was haunted by what happened to his parents. And as a child, he fell into a well, this is a guy who has been sort of scarred. And so he has a thousand-yard stare. And, and I don’t know, just Keanu’s voice, when we’re testing stuff out, we knew he was going to be great. But sometimes, we’ll play the actors’ voices against the image, and it just fits perfectly.”

And everything seemed to line up perfectly, because Reeves has a love for comic books that bled into the role.

“And then when he came in, it was even better. And, he just he felt to me, like a guy who, ever since he was a kid, he’s a huge comic book fan himself, he makes comic books. And so he was just like, ‘I get to be Batman,’ what kid hasn’t dreamt of that, and then he was living that moment. He really loved it and just kind of got lost in it. And, you know an actor’s having a good time when you’re recording with them when they want to go back. Like, you know, if they’re kind of ready to be done with it, and you tell them ‘Okay, I think we got it ready, to move on to the next time.’ They’re like, ‘Okay, next slide.’ But I felt like he kept on going back and that relaxed me because I was like, okay, he’s having fun. He’s like, ‘I got a better idea.’ I think you’re gonna do a little better than that. Or what if I said this? So, when that happens, you’re like, ‘Okay, he’s having fun.’ And I always want the actors to be having a good time. It comes through into performance, and you want people to have a good time you work with.”

DC League of Super-Pets drops into theaters on July 29.