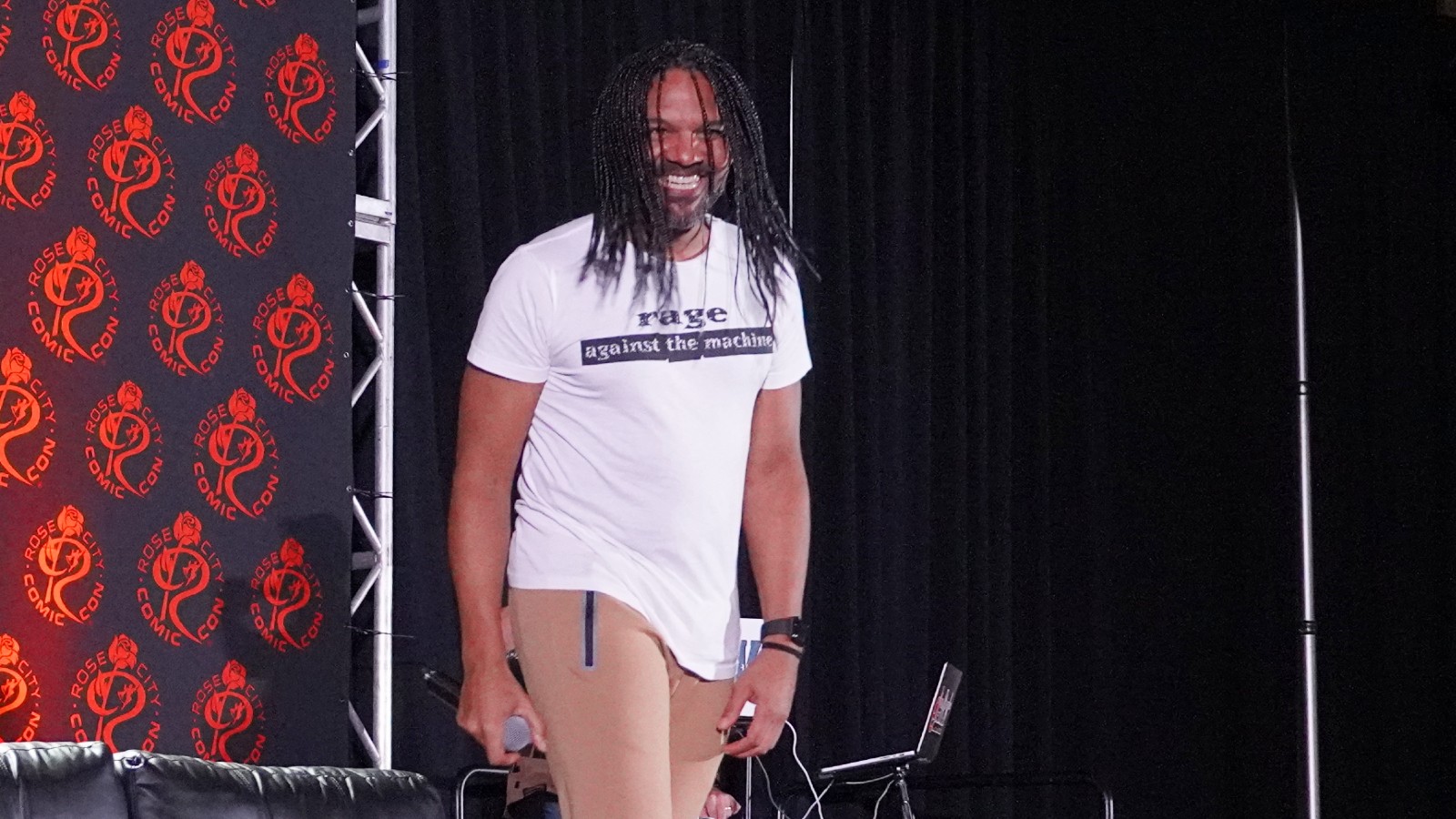 The Walking Dead star Khary Payton, who plays King Ezekial in the post-apocalyptic drama, is revealing that he once had to hide from his own mom while filming for the show in Atlanta.

While hosting a panel with co-star Ross Marquand at Rose City Comic Con in Portland, Oregon, Payton recalled a time when there was a huge gap between shooting schedules where he had to just hang tight in Atlanta for a while, not far from where his parents live.

“For about six months, we were hiding that all of us couldn’t say who we were and what we were doing. And we recorded, or shot, our first episode…it was the first or third episode of the season…and then we didn’t shoot another episode for like until episode 10. And so for all of that time, between shooting the entire summer and into the fall, we couldn’t say anything, we were hiding in Atlanta. I couldn’t even tell my mom.”

Payton was recalling filming a particularly spoilery-filled season nine of The Walking Dead, in which Ezekial’s Kingdom falls and many characters met their fate. He explained he had to be careful not to leak sensitive plot details to people who couldn’t keep secrets well, such as his mom.

“I was working maybe an hour and a half away from my parents and I told my dad, ’cause my dad’s like a vault. But I didn’t tell my mom ’cause my mom will accidentally tell all your secrets, okay? Literally the most repeated thing my mom has said was, ‘oh, I wasn’t supposed to say that, was I?’ …Don’t tell me mom. She’s a lovely woman, beautiful woman. Do not tell her your secrets.”

The question Payton was responding to was regarding some of the biggest character losses in the show. Though Lennie James’ Morgan is technically not dead in the world of The Walking Dead, since he now stars in the spinoff Fear The Walking Dead, James has since departed from the mainline show. Payton said he especially misses working with James, who he described as the de facto leader of the pod of actors who were hanging out in Atlanta and quarantining from the world to avoid leaking spoilers.

“He’s one of the greatest actors I’ve ever had the good fortune to work with. And he’s just an amazing human being,” Payton said.

You can catch both Payton and Marquand in the final batch of episodes of the final season of The Walking Dead, which premieres on October 2 on AMC.