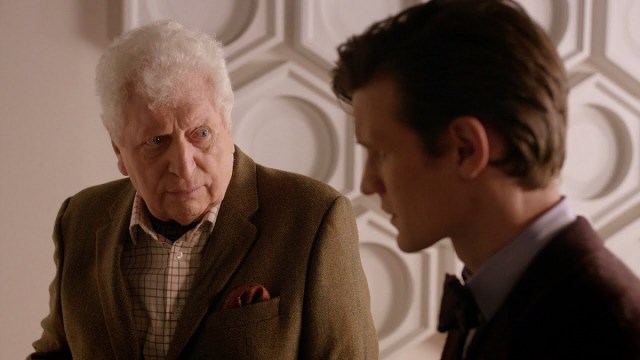 The latest Doctor Who episode, which also coincided with the BBC’s centenary celebrations, was packed to the rafters with references and surprise cameos from the show’s history, but Whovians were disappointed to learn that a certain previous incarnation of the titular character was a no-show.

Meanwhile, we’ve learned that the huge Star Wars Eclipse story leak was a deliberate effort to gauge interest and hype up Quantic Dream’s prospects. But what is David Cage planning for his galaxy far, far away foray, and will we be able to stack it up against other powerful contenders in the industry such as Jedi Survivor?

One of the hallmarks of the Master as a compelling villain since the show’s revival in 2005 has been his boundless and unpredictable madness. With Sacha Dwahan, the big bad certainly rode that thin line between rationality and insanity in every on-screen moment, and that dedication reached its zenith in “The Power of the Doctor.”

Now, after impersonating the great Rasputin to lure the Doctor into his latest trap, the Master saw it only fitting to rock it out to the “Rasputin” song by Boney M. and the internet just can’t get enough of its hilarity. Then, in another scene, the Master took out the Second Doctor’s recorder and played the Skye Boat song. The man certainly takes dancing to the tune of his own madness to a whole different level, doesn’t he?

One of the biggest surprises in “The Power of the Doctor” was the cameo lineup of several incarnations of the titular character from the so-called Classic Who — when older versions of Peter Davison’s Fifth Doctor, Colin Baker’s Sixth Doctor, Sylvester McCoy’s Seventh Doctor, and Paul McGann’s infinitely underrated Eighth Doctor were joined by David Bradley’s impression of William Hartnell’s First Doctor to help the current incarnation out with her predicament.

The only person whose absence cast a long shadow on that scene was Tom Baker’s Fourth Doctor, but according to what Chris Chibnall has just revealed, the actor was invited to return, but couldn’t make it. “We asked Tom, but sadly he could not do it,” he said. “He was not available. Such a shame.”

Recently, a huge leak from Quantic Dream revealed the first plot details for Star Wars Eclipse, the new narrative-driven game by David Cage and the developers behind Detroit: Become Human. The game supposedly centers around a new alien race residing on the outskirts of the galaxy far, far away, and a political conflict that separates the story’s married couple, Sarah and Xendo.

According to Insider Gaming, the leak was a controlled maneuver by Quantic to size up the anticipation surrounding their game and possibly bolster their hiring efforts, which, in light of recent abuse allegations and toxic workplace rumors, has turned into quite the plight for the studio and its creative process. As things stand, Eclipse won’t release until 2026, and that’s an optimistic estimate.