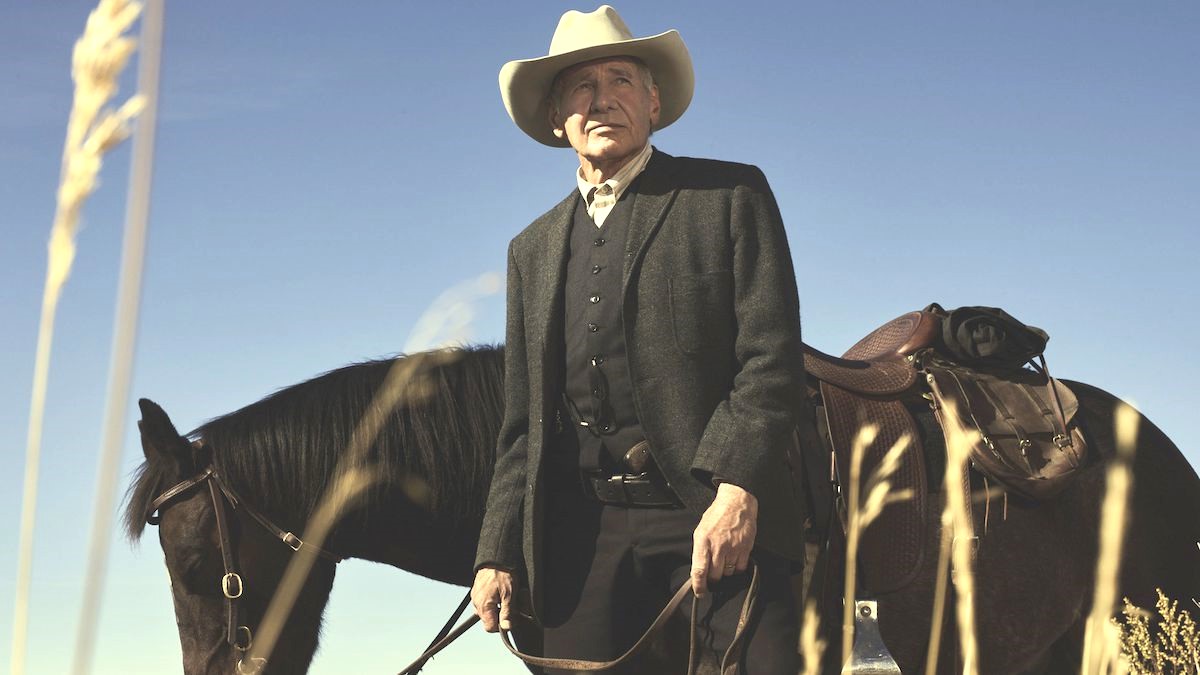 Happy Sunday, Yellowstone fans — we’re just hours away from the prequel premiere of the Dutton family story in 1923. The Helen Mirren and Harrison Ford-led drama will highlight the family’s struggle against everything from famine and lawlessness to devastation and heartache. Still, the family will remain a united front through it all. The series confirmed that its all-star cast was growing with the announcement of a Game of Thrones actor ready to storm the series.

Fans are also looking forward to a new episode of Yellowstone, with just two episodes left until the mid-season hiatus — it’s all high emotions and higher stakes. The series is also showing off the handsome ranch hands at Yellowstone. You know the drill from here: grab your Yellowstone-loving bestie and your drink of choice, and let’s ride in.

In the last preview before the premiere of 1923, soon-to-be captivated audiences got their last look at the struggles of not just the Dutton family but of each character that will soon join together to tell the story of the beauty and devastation in Montana in the early 1920s.

Ford’s character, Jacob Dutton, is speaking and says that he doesn’t remember an easy year at the ranch throughout their history and won’t be experiencing any as the series progresses.

It’s not just Jacob and Cara that will be up against a fight; it’s everyone involved in the storytelling. While we won’t be rooting for the bad guys this time around, they still have a story to tell. They’re an integral part of our beloved family’s journey.

“You want your enemies to be so terrified that their fear is greater than their greed,” Jacob says later in the preview; it’s clear that the Dutton family will play heavily on that very idea throughout the series. It’s fear vs. greed throughout every single chapter of the Dutton’s story so far, and one thing they will never bow down to is that fear.

Fans will begin learning the story of Jacob and Cara Dutton as the first episode of 1923 airs tonight on Paramount. This episode is a treat for fans who have yet to sign up for the streaming service and will be the only episode aired on the cable network.

Led by Ford and Mirren, the cast also includes the likes of Timothy Dalton, Bryan Geraghty, Jerome Flynn, Aminah Nieves, and Marley Shelton — to name a few. 1923 will be an all-star and all-powerful look at a family that won’t let the elements or the enemy rob them of anything without putting up a fight.

For those who aren’t subscribed to Paramount Plus, seeing the first episode tonight will likely change that, and you won’t want to miss a second of it. So don’t get up after Yellowstone ends this evening; a double dose of Dutton is happening.

Here’s to the eye candy at the Yellowstone Ranch

The official social media accounts for Yellowstone are highlighting the dreamy ranch hands. We all watch the series for the gripping storyline, emotional writing, and beautiful way Taylor Sheridan has turned us all into honorary ranch members. Still, the fact that the cast as a whole is full of people who are incredibly easy on the eyes doesn’t hurt.

Of course, in addition to their dedication to the family and incredibly great looks, they’re hilarious and often breathe so much joy and light into a storyline that can be quite taxing. They are committed to preserving the Dutton family name and story, and they help John Dutton manage the weight that constantly sits on his shoulders.

With each episode, we learn more about the heart of the characters that help the family stay afloat, and from new love interests to touching backstories, we’ve fallen in love with their spirit as the series continues to carry on. We hope to keep learning about them for years to come, as well as the Dutton family themselves.