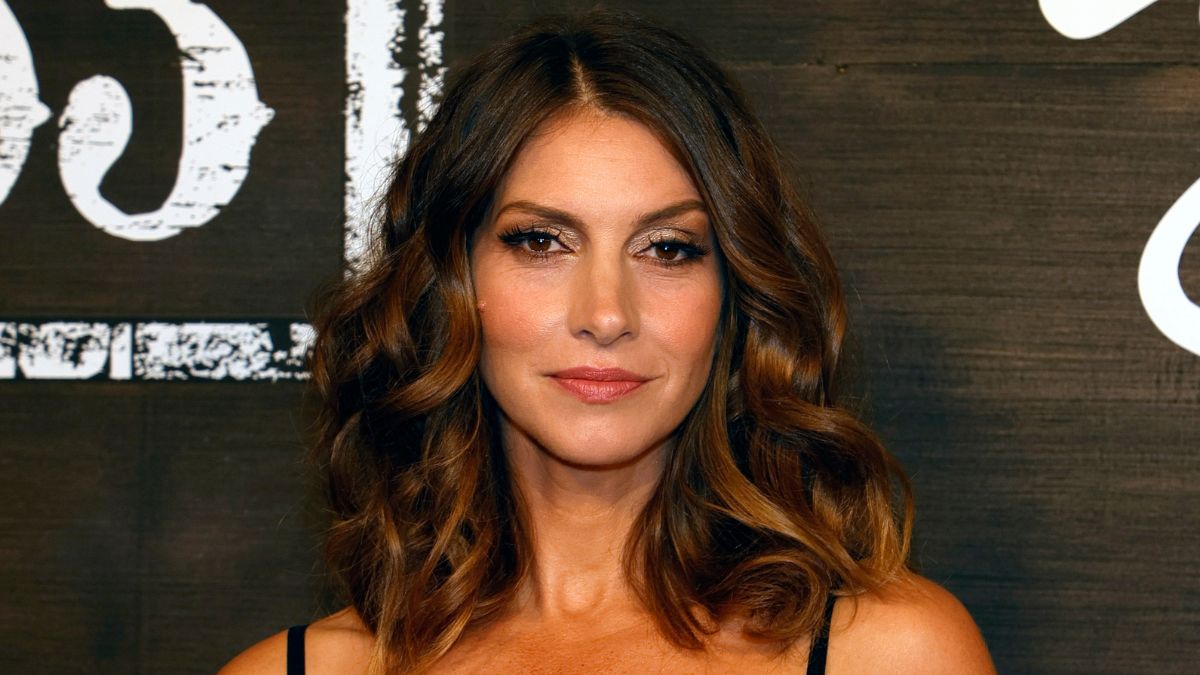 There’s a lot of exciting news brewing in the Yellowstone realm, and while both the core series and 1923 are on a hiatus currently, that doesn’t mean that work stops as far as the Dutton family is concerned. In fact, it feels like Taylor Sheridan’s growing universe is busier than ever. Both Yellowstone and 1923 left off on cliffhangers, and one thing is for sure: when we continue discovering the story of the Duttons of days past this February and the Dutton family of today this summer — emotions and stakes will be higher than ever before.

Dawn Olivieri is talking about taking on the Dutton family and what that means for her character’s growth as Hugh Dillon, who brought fan favorite Sheriff Haskell to life, is talking about when he learned of his fate in the series and what it was like to work with Taylor Sheridan. You know what to do from here: grab your Yellowstone-loving bestie and let’s ride on in.

Dawn Olivieri talks about taking on the Dutton family

Dawn Olivieri is Yellowstone‘s Sarah Atwood and, magically, 1883‘s Claire Dutton — and no, you’re not stuck in some cosmic universe of misunderstanding. The talented actress brought both characters to life, and while she’s against everything the Dutton family stands for in Yellowstone, she was part of them in 1883.

In an interview with the Hollywood Reporter, Olivieri talked about becoming Sarah Atwood and all of the ways she is a one-of-a-kind adversary for the Dutton family.

“So far, I think she’s got the greatest opportunity. I’m a bit biased, but I’m not just saying it because it’s me. The timing is very crucial. The timing of the Duttons’ positioning as land owners. They’re flailing a bit. And when you’re flailing, that’s when the predator swoops in. So even the writing lends itself to a bit of a pivot, and I just happen to be that bird of prey. But I don’t know, Taylor writes how he writes — and he’s already killed me after two episodes of a show before!”

Atwood isn’t a figure in the Yellowstone universe that Sheridan seems eager to let go of, but we’ve yet to truly discover where she’s standing in the bigger fight taking place. Yes, Jamie and Sarah are romantic, seemingly falling for one another more with each episode and growing closer together.

However, fans still can’t help but pose a question: is one of them playing the other? While the events during the midseason finale seem to lead to the fact that there’s something substantial between them, no one is certain that they’re not just waiting for the right time to pull the rug out from under the other.

The one thing we know for sure is that Olivieri knows what she’s talking about as she describes her character: she is the predator. Fans have faith, however, that she’s not yet fully aware of the power of her prey.

Hugh Dillon on being told his character arc in Yellowstone

Becoming a fan of Yellowstone means realizing that your favorite characters are never safe; it means knowing that sometimes the bad guys win and the good guys come up short. During a heartbreaking turn of events in season four, the Dutton family lost someone who had been on their side, someone important to them, a friend to John himself: Sheriff Donnie Haskell.

Haskell was brought to life by Hugh Dillon, and his character’s final words were in a conversation with his daughter, with John right by his side. It was a really emotional moment for fans and John, easily one of the most heartwrenching deaths so far. Speaking to TV Insider, Dillon says that Sheridan came to him with a death scene already in mind, and it is one of the most emotional and heartwrenching parts of the storyline.

“I remember Taylor saying, ‘you need to produce. I need you to learn how to do this. I want you to come and finish work on Yellowstone, but you’re going on to Mayor. I’ve written you an honorable death, and you need to nail this scene, and Kevin’s coming in, and here’s what’s happening.”

Regarding the scene when Dillon’s character, the beloved Sheriff Donnie Haskell, Dillon describes it as an honor.

“It was just a beautifully written scene, like everything he writes. And it was just an honor to do it. He wrote this heart-wrenching tear-jerker of a death scene. And as an actor, that is the best death scene I’ve ever been a part of. And then to jump to Ian, [a scene early on in Season 2] is the best scene I’ve ever shot, period. And so I’m profoundly grateful that Taylor discovered his writing talent and just persevered. He had dreams, and this is what I always hoped for him, that he would be able to do all this. And I’m so glad that they finally got the recognition with Costner and the Golden Globes.”

Dillon isn’t the only one thrilled with the Golden Globes’ recognition for Costner and Yellowstone as a whole, and while he knew about his death early on, we sure wish we had more time with Sheriff Haskell, especially as of late.

In the same chat with the Hollywood Reporter, Olivieri spoke about what’s on the horizon for Sarah Atwood, and she hopes that it includes a fight with Beth Dutton. She doesn’t just want to interact with her; she wants to be part of the downfall of one of the most powerful characters in the Yellowstone universe.

“That force of darkness is on Sarah’s side, because that’s what she’s conjuring. And, that’s what’s interesting. Nobody wants to see a bunch of flowers on screen. It’s the pieces that we hide that we want to see come to light on screen. And that’s why we love Beth, because she’s touching it, too. She’s stirring her finger in that [darkness]. And as Sarah, I want to bring the tidal wave of the thing that she’s mixing her drink with. So, now we’re gonna play for real. Put your drink down, Beth, and let’s dance with the devil.”

Olivieri also gave a nod to Taylor Sheridan about how he writes powerful characters, specifically women, and how that translates to what’s brewing between herself and Beth. There would be no Beth Dutton without Kelly Reilly, which Oliveri finds thrilling, making interactions between them even more fired up.

“Taylor knows strong women really, really well. I think he was raised by a strong woman. He writes us in a way that only someone who really knows our quirks could write us. And it’s a real compliment to me, because he’s putting us in these characters that are the strongest characters he’s writing for females. Beth was always supposed to be Kelly Reilly, and she’s killing it. Every scene. I’m watching myself compared to her and I can’t wait to go at her. I have real jealousy I’m going to be using to take her down (laughs) and steal her powers, whatever her powers are.”

While Atwood is a powerhouse, we’re not quite sure she’s fully estimated the wrecking ball that is Beth Dutton — or rather, the tornado. Beth isn’t just out for blood, she’s going to take down anyone who stands in her path, and she’s got a secret weapon under her sleeve now, too. Beth knows about the train station and what happens to those silly enough to cross the Dutton family.

Here’s hoping a train car has openings for a few extra characters when the second half of season five rolls around this summer.