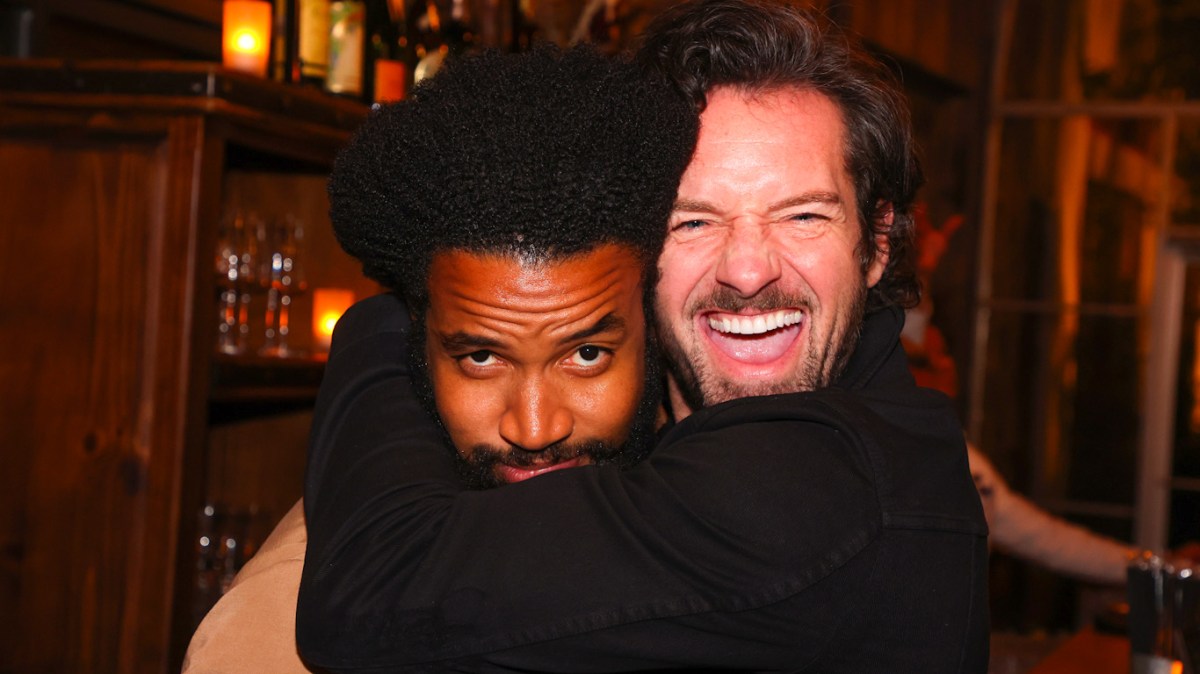 This article contains spoilers for season five of Yellowstone

Howdy Yellowstone fans, we’re two days away from the midseason finale of Taylor Sheridan’s number-one cowboy drama and knee-deep in the Paramount New Year’s Celebration Marathon on the cable network. Needless to say, we’re wrapped up in all things Dutton right now, and it’s a cozy place to be. It’s also somewhat anxiety-inducing when we look to the future and remember that Jamie Dutton will soon lead the charge to get his father, Governor of Montana, impeached. Looking to a brighter side of the Yellowstone equation, Ian Bohen recently spoke out about his character’s romance this season and how beautiful a situation it was to be part of. Lainey Wilson played his on-screen romance, and they were a match made in heaven, and a large reason fans loved watching the series so much this season. Variety also gave a shout-out to Yellowstone for its continued reign over the entertainment network. You know what to do with a lot to unpack today: grab your Dutton-loving bestie and a drink to enjoy because we’re celebrating on our ride in.

Ian Bohen recently spoke with Entertainment Weekly about his character, Ryan, and the love he shared with Abby, played by Lainey Wilson. The two had magnetic chemistry from the moment they met, and it was refreshing to see Ryan, the usually strong silent type, find love and romance in season five. We were hoping for a forever kind of love for these two, but with a big trip on the horizon, Abby told Ryan that his decision to leave meant she wouldn’t be waiting, but we can still hope, right?

Bohen said seeing that side of his character was something special.

“Yeah, it’s exciting to watch someone be in love and to care for someone else and to watch them care back for that person. You get to see a different side, from the rough and tumble cowboys getting in bar fights to someone that wants to be with a partner. So for me as an actor, having that new arena to dance on, literally and figuratively, as well, with Lainey playing her was just an absolute delight. I love her music. I love her spirit or energy, and I’m a huge fan of her work. So getting to have her be my girlfriend was just great fun, and I couldn’t get enough.”

As their chat wrapped up, Ian Bohen previewed a dance-free future at the Yellowstone Dutton Ranch, and fans should heed his warning. The way Bohen phrased this last statement might have been something to gloss over if you’re not a dedicated fan, but those who watch the Duttons with eagle-eyed focus know that what he’s saying is a stern warning to viewers: don’t expect happily ever after in the second half of season five.

“That’s what people do when they’re happy and joyful again, they dance. I don’t imagine you’re gonna see much dancing in the second half of season five, what we call 5b, I predict that’s going to be joyless, sadly, but you’re going to love watching it.”

We love Yellowstone‘s ups and downs, but we’ve got a feeling that a joyless second half of the season means we’ll be watching with more anxiety than before. It is time to grab your Yellowstone-loving bestie and your drink of choice because we’ll obviously need them both.

The Dutton family saga keeps providing fans with can’t-miss storylines, multifaceted characters, and scenes that leave us feeling everything from sheer elation to heartbreak, often all wrapped up in one episode. Showrunner Taylor Sheridan knows the perfect formula to sell an authentic storyline of a western-drama, and Yellowstone continues to wow audiences as one of television’s most-watched telecasts.

Variety notes that Yellowstone is at the top of the line where non-sports telecasts are concerned. The series is Paramount’s number-one series, and across the entertainment realm as a whole, it continues to be a powerhouse. Variety shares that out of the top 10 spots in entertainment, Yellowstone episodes owned five of them; it’s the Dutton magic.

“The Paramount Network juggernaut is still on a tear. Kevin Costner & Co. have beat out every broadcast show on television, clocking in the most-watched non-sports and non-Oscars telecast of the year: The Season 4 finale of “Yellowstone” on Jan. 2, which averaged 13.1 million viewers. The show holds down five of the top 10 entertainment slots in total viewers — and five of the top 10 slots in 18-49 as well.”

No matter what brought you to Yellowstone first, the magic of the characters and their story likely keep you here. The power of Beth, the quiet nature of Colby, the strength of John, and the charisma of Kayce have audiences hooked, and we can’t get enough. As the story continues to grow more complex, with life-or-death situations happening on a nearly constant basis, we’re learning that the semblance of comfort our most beloved characters knew is falling apart, and we’re still trying to figure out how they’re going to get it back.

Season five ends half of its tale with a midseason finale on New Year’s Day, and we’ll have to wait a few months to find out what’s next for those we love (and loathe) the most.

Fans are hoping for flashbacks of this character

One thing fans love most about Yellowstone is the flashbacks shared in the series that give us insight into who our characters used to be. We’ve seen a young John Dutton several times, learning more about the ups and downs of his life and the loves and losses he’s endured. We’ve seen young Beth, Jamie, Rip, and several ranch hands, but fans are asking to see more of the history of one specific character: Kayce Dutton.

Fans have seen two scenes of Kayce’s past, but they’re not like the flashbacks we’ve seen across the series for some other characters.

Many fans agree and say it seems like Kayce’s potential hasn’t been fully unlocked yet, for whatever reason. Some say it feels like the series was taken in a new direction, and others agree while also saying that an essential relationship for Kayce has still never truly been unlocked: that of himself and his sister, Beth.

This fan brings up the excellent point that Kayce has been through a lot already and that maybe this is just where his story is. He’s trying to make sense of everything around him while dealing with what happened to him in his past.

Fans hope that we see more of Kayce’s SEAL flashbacks, and while we’ve seen one on his vision quest, they’re looking for more insight and a deeper look into his time on missions and how they changed him.

As fans remember, though it wasn’t a flashback/vision, Kayce shared a story of his time as a SEAL with his father, which was intense. We’re sure that most of his history would be hard to watch.

It’s clear that fans love Kayce, and we’re hoping to get more of his backstory in future episodes, but we’re also focused on who he is now. Especially after the untimely loss of his son, we’re looking forward to what the future looks like for Kayce, Monica, and Tate. You can catch up with all things Dutton so far during the New Year’s Celebration happening now and by streaming the first four seasons on Peacock.

Yellowstone’s midseason finale airs on Jan. 1, and you won’t want to miss it.