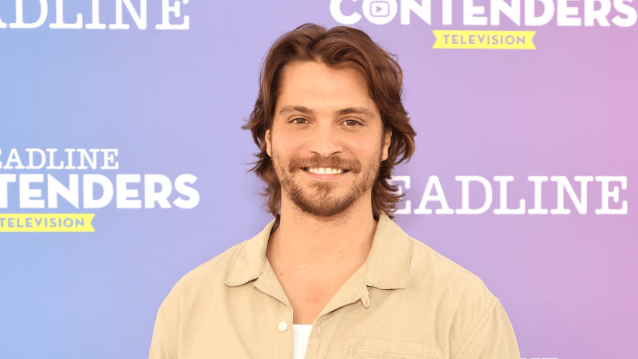 Happy Monday, Yellowstone lovers; it’s your daily roundup of news and wonder coming from everyone’s favorite cowboy drama. Paramount’s Yellowstone might not be airing new episodes each week, but that doesn’t mean that the news train has stopped rolling. From interesting interview snippets and secrets revealed, to Luke Grimes himself joining the Instagram realm, you can’t rest if you’re part of the Yellowstone fandom; sleep doesn’t exist here.

So what brought Grimes to Instagram, and what else is bubbling in the Yellowstone universe? Let’s take a look.

Luke Grimes rides into Instagram and steals our hearts

Luke Grimes has joined the social media realm, and we had to still our hearts before we could even look at his post. Grimes is currently living his best country life, and the internet isn’t exactly his go-to hangout spot. Who could blame him? His fire pit near the airstream he’s purchased is much more peaceful, after all.

It took something significant to bring Grimes to Instagram, and that something major was the announcement that he is on the lineup for the upcoming Stagecoach Festival! That’s right; the debonair and ultra-talented actor-turned-musician will be serenading us in April. Not only will Grimes be taking the stage, but he’ll also be joining Lainey Wilson and Ryan Bingham, two other actors and musicians in the Yellowstone realm.

Bingham plays the polarizing Walker on Yellowstone, and Wilson’s entrance to the series comes in season 5, but fans know she’ll be a singer named Abby. We can’t wait to meet her in the Yellowstone realm, and we know the three of them at Stagecoach will ultimately lead to something special as well.

Lainey Wilson also took to social media to share the Stagecoach lineup, and she is just as excited as Grimes to be part of the big event. Stagecoach is a music festival that people worldwide travel to — and for a good reason. Highlighting some of the biggest names in country music, Stagecoach has something for everyone who loves a little twang with their Wranglers and cowboy boots.

The added bonus of a Yellowstone episode on Sunday is undoubtedly enough to get fans of the series excited for the upcoming festival. Here’s hoping the desert provides Yellowstone fans with a memory they’ll never forget.

In addition to the Tweet he shared, Denim Richards, who plays Yellowstone‘s Colby, shared a video on Instagram about the motivation for a great kickstart to your week.

Giving his fans a Monday mission, he talks about stomping out negativity this week. Noting that a negative attitude can kill hopes, dreams, and plans — Richards says a flood of positivity and confidence can only combat the disease of negativity.

Richards often shares video messages on his social media that are just what the doctor ordered. Like his character Colby, Richards is full of wisdom, and his attitude can make you feel better about your situation. In a time when social media can affect your mind and mood, it’s a breath of fresh air to be a fan of a celebrity willing to take a moment to spread some kindness and positivity instead!

Here’s to Grimes, Wilson, and Richards — and their social media posts that took our bland Monday and turned it into something that made us both weak at the knees and motivated!