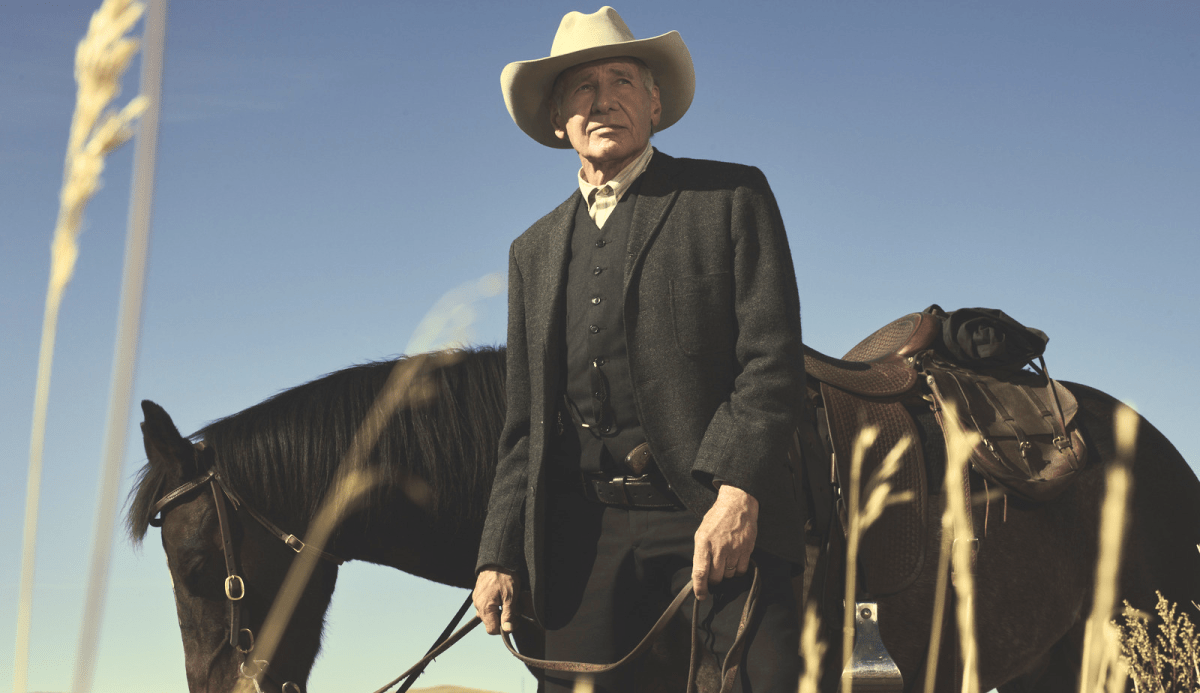 It’s finally Friday, Yellowstone fans, and we’re counting down the hours until the emotional next episode of everyone’s favorite cowboy drama. By the looks of the teaser for Sunday night’s episode, tears will fall, and not just from those watching at home. We’ve got a sinking feeling in our stomachs that the ground at the Yellowstone might be filling up after this week’s episode, and there’s a tangible heaviness in the air. As to not think about that until we have to, let’s look at the good today has given us: Josh Lucas is opening up about playing a young John Dutton as Paramount Plus is offering fans a look at the making of 1923. You know the drill from here—grab your Yellowstone-loving bestie and your drink of choice (or a couple), and let’s ride in.

John Dutton is one of the most layered characters on television. While some casual viewers can’t get past the lows of the character, there’s always something bigger happening just under the surface in every decision he makes.

Yes, he’s a stern character, and he can be considered someone who acts without much thought, but reflection is a frenemy John is all too familiar with. He puts a lot of thought into his actions and reactions—unfortunately, sometimes, that thought is an afterthought. While Kevin Costner brings the patriarch of today’s timeline to life, Josh Lucas plays a younger John Dutton, and he does so with conviction and believability.

Having two actors play the same character in the same series could have been confusing. However, Lucas nails the delivery required to make us feel that he genuinely is the John Dutton of years ago and that he studied hard to ensure he brought justice to the storyline.

Speaking to Entertainment Tonight, Lucas talked about being a young John and how part of his job involved watching Costner to see how he brought the character to life in today’s timeline.

“I was trying to figure out what Kevin was doing with his voice, and the different things he was doing physically and his little tics and things that Kevin has created as John Dutton and wanted to, obviously, honor that and to an extent replicate what he was doing, but also try and find my own way. I definitely spent a lot of time studying what Kevin was doing and trying to give him major props for how he’s created this guy. I do really love what Kevin has done. It’s interesting if you watch the show as fast as I did, you can see how he becomes John Dutton, how he changes from the early episodes to the later episodes…I really try and play with those things and make the character, I hope, as deep and powerful.”

One of the first things we thought when we heard Lucas as John was that his voice was absolute perfection. Costner has a certain grit and roughness to his voice that Lucas was able to capture, but with a different emotion behind it. He brings his own storyline to life—before John deals with some of the loss and trauma that makes him the character he is today.

Getting a glimpse of the man he was compared to the man he is today is only possible because of the dedication and talent of both Lucas and Costner. We can’t think of anyone better suited to play John in both timelines than these two.

Paramount is giving fans a look at the making of 1923

With just over a week until the highly anticipated debut of 1923, fans are getting a behind-the-scenes look at the show. The series will capture the life, love, and turmoil of the days of Dutton’s past and the fight they put up to keep their land and their family safe.

Taylor Sheridan, showrunner and Yellowstone mastermind, spoke about the creation of 1923 and the epic way it’s larger than life in a quick featurette about the upcoming prequel and the Dutton family it focuses on.

“With 1923, you’re seeing another generation of the Dutton family at a time of prohibition, at a time where the Mountain West was truly becoming a playground for the elite from the east. And so throughout all this expansion and evolution, these legacy ranches had to fight to keep their lands. The show just looks like feature films, because aside from the locations being fantastic and the cast being some of the world’s greatest actors, this is a big sweeping saga. It’s going to bring a whole new scale to the world of the Dutton family.”

As Sheridan is speaking, fans are treated to scenes from the series, all heavy and emotional, as we see that the struggle of the 1920s on the Duttons is undoubtedly not going to be fair. They’re not only up against people desiring to take their land; they’re trying to stay safe and sound in a rapidly changing world that stands to destroy everything they hold sacred at a moment’s notice.

While Yellowstone has a strong female presence, something different at the 1923 table is that the Duttons have a matriarch at the ranch. Jacob and Cara Dutton are working together to protect their family, and Cara is a total badass. She fights right alongside the men, speaking with grit and spewing vitriol at anyone who needs a dose. She also carries the weight and emotion with that same toughness along with a touch of elegance at the same time.

As Sheridan says, the cast for 1923 is so full of talent and dedication that it’s hard not to look at the series as a blockbuster, but that’s the beauty in what he’s creating. These are television series with episodes we can watch one by one, but they’re happening on a film-like scale. He’s crafting a story that will create a legacy for this fictional family that we’ve grown to love. Their history is so raw and authentic they almost seem real, and to some, perhaps they are. Lucky us.