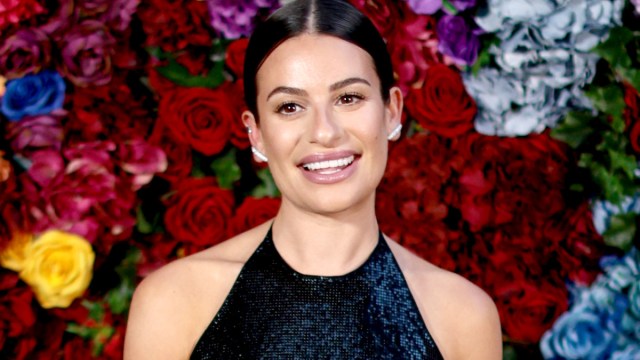 Beanie Feldstein announced this week that she’ll be departing from the lead role of her Broadway production of Funny Girl on July 31, sooner than she had originally planned. The 29-year-old had initially been slated to play the role of Fanny Brice through the end of the year but had previously bumped her end date up to Sept. 25.

Though Feldstein claimed that the shakeup was due to producers wanting to take the show in a different direction, her departure comes amid not-exactly-stellar reviews. But we didn’t have to wait very long to learn who Feldstein’s replacement would be, as producers announced on Monday that former Glee star Lea Michele will be taking on the lead.

Michele will assume the role beginning Sept. 6, with actress Julie Benko performing the role in the interim, according to an Instagram post announcing the shakeup.

Michele’s acting career has stalled in recent years, after she was accused of toxic behavior and “traumatic microaggressions” in the workplace by actress Samantha Marie Ware on the sixth season of Glee — accusations which were later echoed by several other former cast members. So after the news broke that Michele would be replacing Feldstein, fans are not quite sure that it’s necessarily much of an upgrade, to put it gently.

At least a few fans used the “I Am Going To Create An Environment That Is So Toxic” Sue Sylvester meme from Glee to express their thoughts on the news. (Interestingly enough, Lynch will also be leaving the cast prior to Michele’s arrival.)

As others pointed out, the casting news is perfect fodder for anyone who loves a good train wreck.

And naturally, plenty of people wondered what the other Funny Girl cast members and crew will think of Michele’s casting.

Some imagined what it will be like when Michele shows up on set:

In an Instagram post announcing her departure on Sunday, Feldstein wrote that playing the role of Fanny Brice on Broadway had been a lifelong dream of hers, and said that it had been “a great joy and true honor.”

“Once the production decided to take the show in a different direction, I made the extremely difficult decision to step away sooner than anticipated,” she continued. “I will never forget this experience and from the bottom of my heart, I want to thank every single person who came to the August Wilson for the love and support you have shown me and our amazing cast and crew.”

“The people I have had the great joy of bringing Funny Girl to life with every night, both on and off the stage, are all remarkably talented and exceptional humans and I hope you continue to join them on Henry Street after I depart on July 31st,” she added. That certainly remains to be seen!