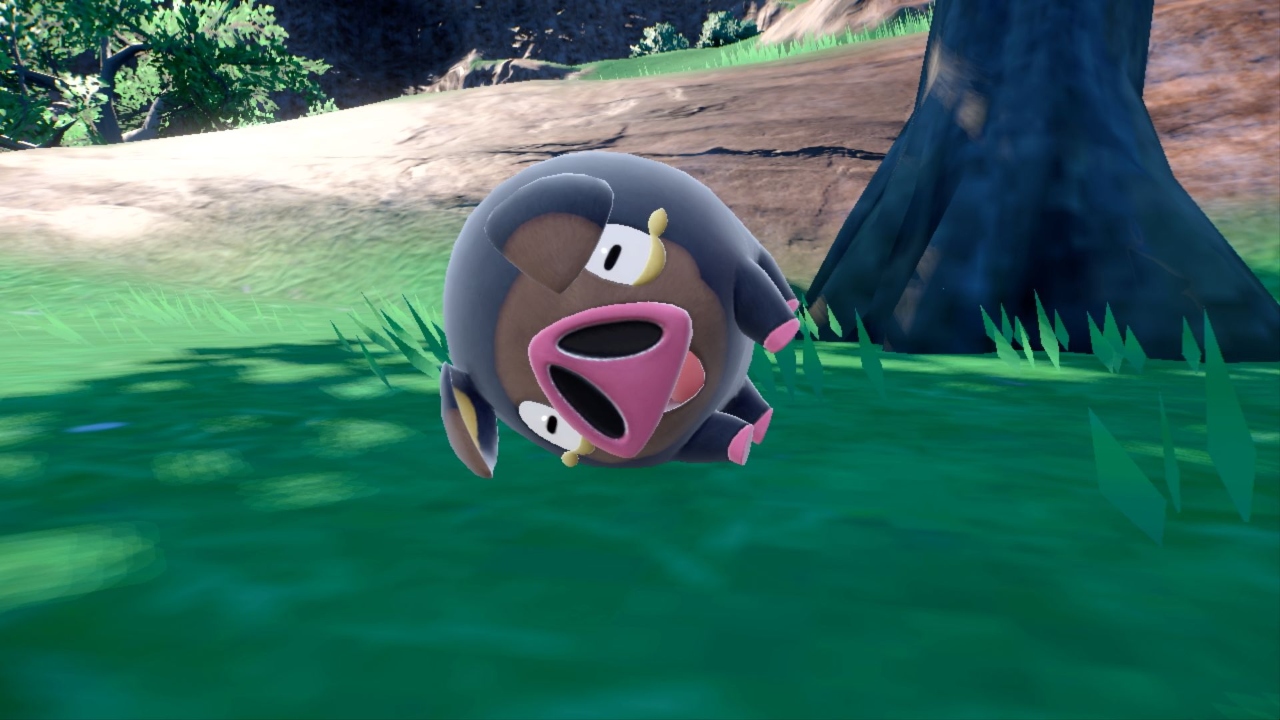 Pokémon has its own heckin’ chonker, the Normal-type Hog Pokémon Lechonk. After the Pokémon Scarlet and Violet trailer dropped, players were able to meet Lechonk for the first time — expressing utter delight.

According to its Pokédex entry, “Lechonk uses its sense of smell to find and eat only the most fragrant wild grasses and the richest Berries. As a result of its dining habits, it has come to radiate an aroma resembling herbs that Bug-type Pokémon dislike. If attacked by an opponent and startled, it will charge forward in a panic. It may appear fat at first glance, but in reality, the Pokémon’s body is mostly muscle built by constantly walking around in search of food.”

However, Pokémon fans don’t care about its statistics or abilities, they care about its name, which was likely derived from the Spanish word “Lechon,” meaning “piglet” or “pork.” Already, everyone is falling head over heels for this adorable, rotund Pokémon.

The term “Chonk” is an internet slang term used to describe overweight cats that grew popular in the late summer of 2018. During this time, a Photoshopped chart of feline body-fat indexes renamed the “chonk chart,” compared various weights to terms like “a heckin’ chonker,” “hefty chonk” and “mega chonker.” Subsequently, Nintendo making the informed decision to name one of its star Pokémon “Lechonk” has gained global attention. In fact, Lechonk even has its own quickly-developing fanbase.

It looks like the internet has found its forever Pokémon. With every generation, there appears to be one Pokémon that stands out from the rest for its name, design or abilities; Lechonk is that Pokémon. Honestly, the name really is perfect. Whether it was intended to resemble the hugely popular meme or it was simply a happy accident, we can’t say. Either way, Lechonk is already climbing the ranks to become everyone’s favorite even before Scarlet and Violet have released.