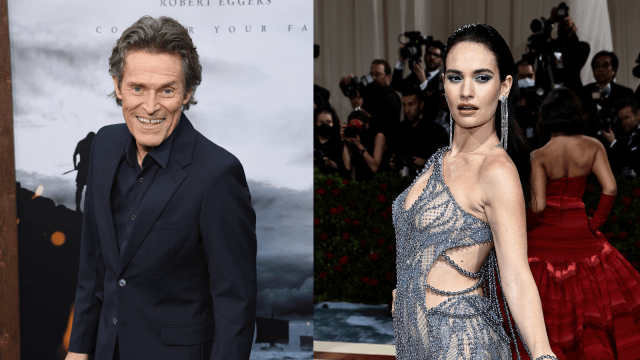 According to a report by Deadline, the pair will feature in the film that is set to be directed by Saverio Constanzo. Other stars attached to the project right now are said to include Rachel Sennott and Rebecca Antonac.

Right now there are no details known about the plot of the film outside of its name which translates to Finally Dawn. According to the report production on the movie will kick off in Italy this month.

James is nominated for an Emmy after staring as Pamela Anderson in Hulu’s hit series Pam & Tommy that aired earlier this year. Alongside this nomination for James, the show netted a further nine Emmy nominations.

On the other side of things, Dafoe has also been having an impressive recent stint of roles with the massive Marvel hit Spider-Man: No Way Home following other hits such as The Northman and Nightmare Alley.

Director Saverio Costanzo is known best for his 2014 film starring Adam Driver, Hungry Hearts. Other movies that he has directed include Private, In Memory of Me, and episodes of HBOs show My Brilliant Friend. Finalmente L’alba will be Costanzo’s return to film after directing exclusively for TV since 2014.

For now, this is all of the information available regarding the movie but if production is to begin later this month it’s likely that further information about the film will come to light through the remainder of the year.