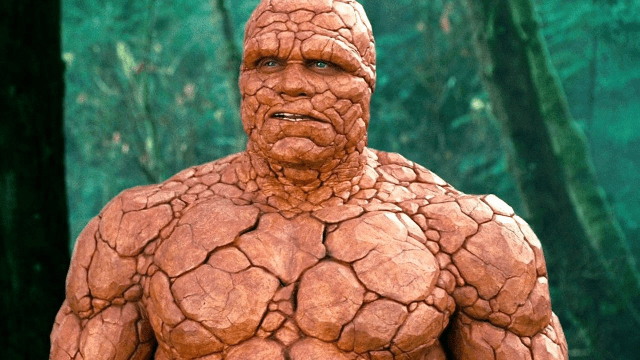 With Marvel currently developing their Fantastic Four reboot, fans are hoping that this will be fourth time’s the charm for the universe’s First Family. After Fox failed to deliver a truly great adaptation of the foursome across the 2000s and 2010s, everyone’s praying that the House of Ideas will finally deliver the FF movie that we deserve and not something that rubs shoulders with Morbius in the doldrums of superhero cinema.

And yet one perceptive fan has predicted the hilarious yet depressing way in which Morbius is definitely going to impact on the next Fantastic Four film. Journalist Jenna Anderson went viral on Twitter for her vision of a dark future. Attaching an image of Ben Affleck in various “Hello, darkness, my old friend” poses, Anderson wrote, “Me in 2024, when the MCU’s Ben Grimm says “It’s clobberin’ time” and a section of the Internet think it’s a Morbius reference:”

It’s inescapable, right? While Morbius is a truly terrible film, somehow it’s been gifted immortality thanks to the fact it spawned the “It’s Morbin’ time” meme. While that’s actually a lame pun on the Power Rangers catchphrase “it’s Morphin time,” you can bet that those younger superhero fans who maybe aren’t old enough to remember previous FF movies will mistakenly think the Thing’s signature line is Marvel’s attempt to mock the Sony flop.

Of course, right now we have no idea who’ll be the one to say that signature line in the movie as the MCU’s Fantastic Four has yet to be revealed. Although it shouldn’t be too much longer until we get to find out as Marvel is expected to make a big announcement at D23 in September. Fantastic Four is on track to stretch into cinemas on Nov. 8, 2024.