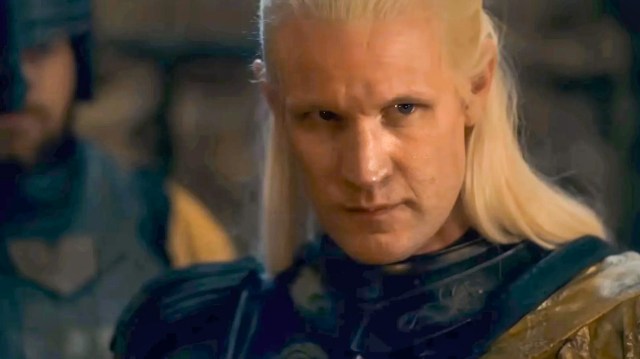 There are more than a few moments in the House of the Dragon pilot that make audiences go, “Yep, this is Game of Thrones, alright,” but one scene in particular that has garnered a lot of attention for its grotesque violence involves none other than Daemon Targaryen himself, also known within the fandom as the Rogue Prince.

The actor who portrays Daemon in HBO’s spinoff show is someone that many folks associate with the titular character in BBC’s Doctor Who, who, hilariously enough, is the exact opposite of Daemon in any conceivable way.

According to Matt Smith, Daemon sees a part of that inhuman violence committed by his Gold Cloaks as justified, though who knows, maybe he also takes a kind of twisted pleasure in punishing the criminals? Here’s what the British star recently revealed to Digital Spy when addressing the gory sequence.

“How does it feel? It was like 5 in the morning in Spain. I was really tired, and I was thinking, ‘I fancy that breakfast that’s coming my way.’ But I think the mindset of it is… I think Daemon thinks he’s actually doing the right thing. There’s a strange morality to him. He thinks, ‘Right, I’m going to go out and punish these people and show everyone that I’m being diligent about this. And yes, I’m pushing the envelope a bit.’ I don’t think it’s just gratuitous violence from his point of view. But I do think there’s a part of him that probably enjoys it. There’s a sadism in that somewhere.”

Daemon isn’t abjectly cruel, per se, but he might get a little carried away from time to time. It could be argued, in fact, that the Prince of the City is actually a champion of the common folk, since he spends most of his time with them in Flea Bottom anyway.

Ultimately, there’s more to Daemon than meets the eye, so it’ll be interesting to see what other cunning tricks or boldly antagonizing moves he plays next when House of the Dragon returns with its second episode on Aug. 28.