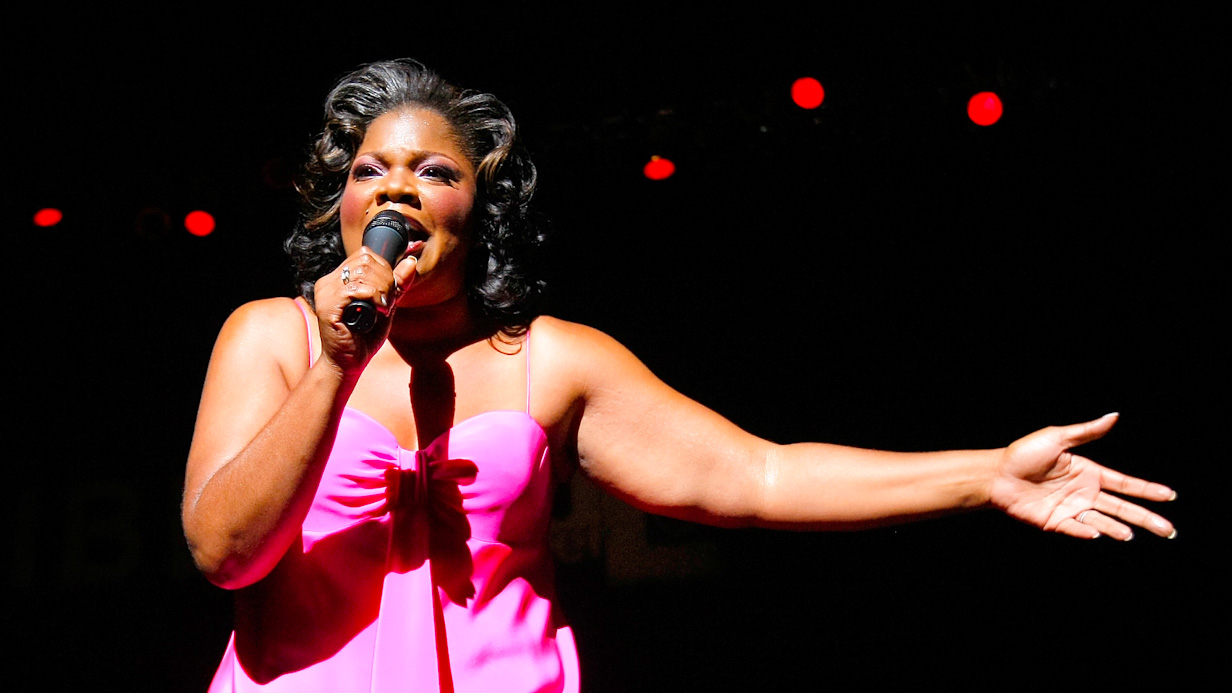 Academy Award-winning comedian Mo’Nique is no stranger to controversy, feuding, or revealing the dollars-and-cents behind the business of showbiz. So it was no surprise when social media got lit up over the holiday weekend with audience footage from The Comedy Explosion Show at Detroit’s Fox Theatre, sponsored by local radio station 105.9 KISS-FM, in which the notorious comedian tore into the evening’s headliner, D.L. Hughley.

At the heart of her rant was the contention that Mo’Nique claims that she had been offered the headlining spot on the evening’s event, but Hughley had refused to go onstage if their positions weren’t switched in the lineup. Mo’Nique apparently agreed, but she came to the stage ready to tear Hughley a new one over the demotion:

The crowd can be heard going absolutely wild for the duration of the ten minute rant. Mo’Nique also pointed out, “N*****, you opened for the Kings of Comedy, I closed for the Queens of Comedy, n*****.”

Mo’Nique was referencing a pair of comedy specials that featured Black headliners sharing the stage in a bigger theater; 2000s The Original Kings of Comedy, directed by Spike Lee, made instant crossover stars out of Hughley, Bernie Mac, Steve Harvey, and Cedric the Entertainer. In 2001, Walter Latham released a sequel, Queens of Comedy, which didn’t have the same cultural impact but did bring Black comedy stars Mo’Nique and Sommore to a wider audience.

On an Instagram post, Hughley released a statement that started off by claiming he’d rejected a chance to work with Mo’Nique four previous times, and then ran down a laundry list of her previous controversies. He ends with a reference to her Oscar-winning role in Precious as the cruel, manipulative mother of the title character.

In a response to this, Mo’Nique struck back on the ‘Gram, challenging Hughley to post his contract guaranteeing him a headline slot. Mo’Nique has never been shy about sharing the details of her contractual agreements before, sharing the amount of money and terms of deal offered by Netflix when she felt she insulted by the streamer’s offer. She also shared her contract with Lee Daniels stating that she didn’t have to do any promotion for the film (she didn’t).

Hughley responded on IG, posting a deal memo his agents had received prior to the show naming Hughley the headliner of the show. A deal memo is not a contract, but rather a pre-contract document that outlines the broad strokes of the agreement between an artist and a production company. While it’s not legally-binding, it often spells out the agreement between all of the parties to avoid a dispute.

In the post, he also includes show promotion material and advertising in which he’s given place of preference as a headliner would h, as well as an official show lineup from the promoter in which he was listed as headliner.

One thing is certain: This feud between the headliners is almost as much fun as their show. We hope they go on a cross-country tour.