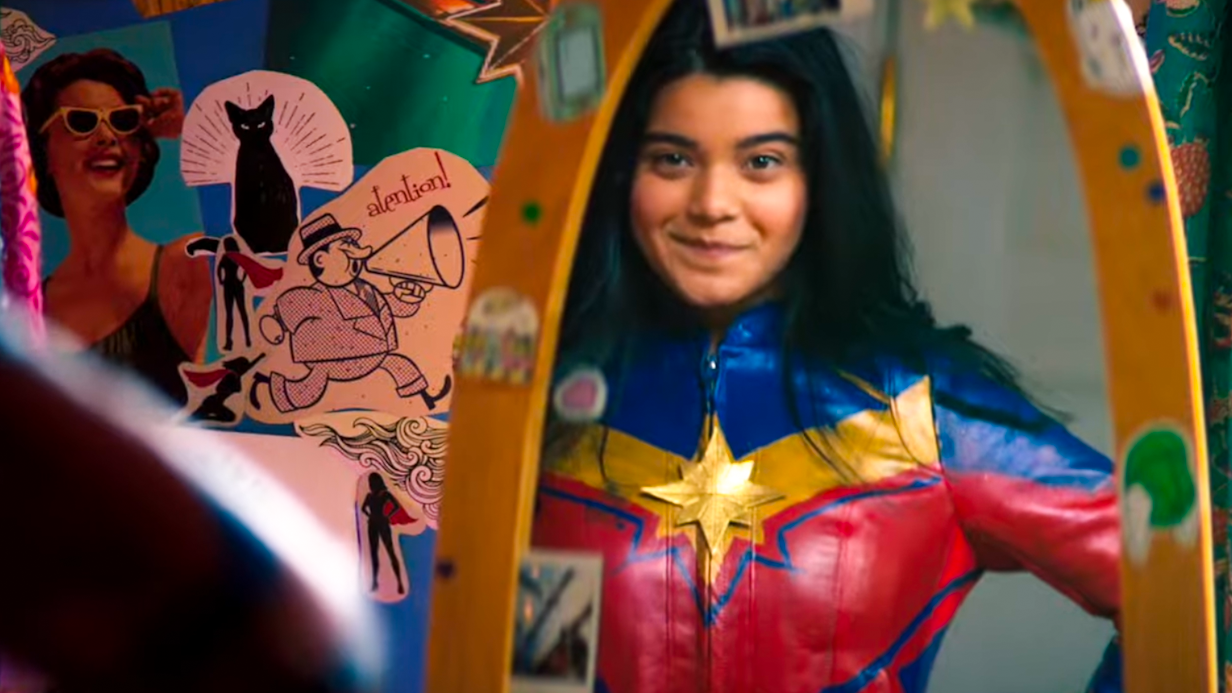 When 19 year-old actor with no profile Iman Vellani was announced as the star of the next Marvel Studios Disney Plus series Ms. Marvel (and then costar of the forthcoming sequel to billion dollar blockbuster Captain Marvel), she presented fans as a big question mark. But the more fans get to know the budding superstar, the more they’re finding to like as the teen superhero also seems… kind of wholesome? Like, not a child actor, just a regular-ass teenager?

This behind-the-scenes video that Vellani shot on location with her Ms. Marvel castmates, and then edited to Cobra Starship’s “Guilty Pleasure,” certainly makes one hope the series is as much fun to watch as it seems to have been to make:

Ms. Marvel centers around Vellani’s titular character, Pakistani-American high school student Kamala Khan, the world’s biggest Captain Marvel fangirl who one day discovers superhuman talents and abilities of her own.  The series will air over six episodes starting July 28, 2023, and will serve as the lead-up to the Phase 4 MCU film, The Marvels, which will also serve as the sequel to Captain Marvel.