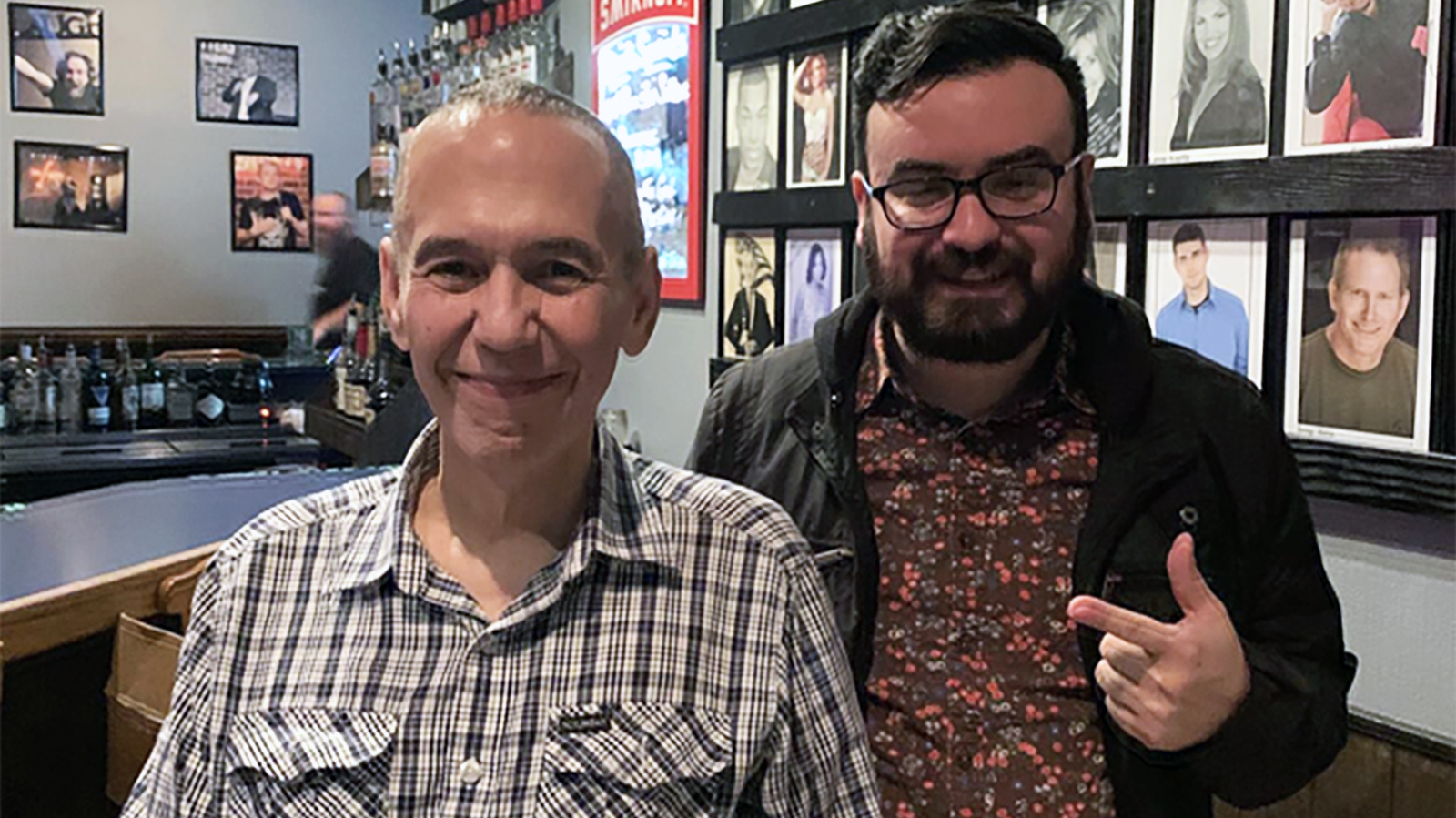 One of the things I remember the most about Gilbert Gottfried is how much he dreaded going on stage. How could this man, one of the most famous comedians in the world, not look forward to going out and doing what he did best?

Let me back up a little. I’m a stand-up comic (not famous obviously) currently in Chicago, but I used to live in St. Petersburg, Florida, and occasionally I’d emcee a weekend at a fantastic club called Side Splitters in Tampa. One of the more esoteric things about stand-up is on any day, regardless of your experience level, you could be sharing the bill with a legend.

When I found out I’d get to do seven shows with a man I grew up watching —Problem Child, its sequel and Aladdin are three of my fave movies — I was pretty pumped. I called my mom and she was also pumped. We watched Aladdin for the first time together, and that’s one of my core memories.

Part of my job as the host of the show that weekend was shuttling Gottfried from his hotel to the venue and back. When I picked him up, he held my arm like he was my grandfather and we walked really slowly to the car. He had bad legs and could barely walk. Also, he was incredibly kind to me.

Hearing that voice just talking about the weather was honestly insane. He was not a clean comic, and I would always laugh at the few people who came expecting to see a Disney performer but would be shocked when he started dropping references to naked people into his routine.

Saturdays are three-show days. They’re tiring even just to host — I’d do about a ten minute-set per show on top of introducing each act. I couldn’t imagine doing an hour given how he was struggling physically, but he was such a pro. But strangely enough, he also never wanted to perform. I’d go in to the green room and say, “Okay, Gilbert, ten minutes” and he would groan in that signature creak and say, “I wish it was done already.”

It wasn’t that he didn’t want to do it, he just hated that pre-show feeling. I never thought I’d have anything in common with him, but we were driving back (after a lengthy arm-in-hand walk) and started talking about movies, actresses we loved, scenes we couldn’t forget.

He had an encyclopedic memory, and every time I brought something up, he would nod and go, “Oh, I remember that. That was great.” I’m a nobody and he just treated me like a friend. I was floored. I can only speak from my own experience, but Gilbert was a bro! He loved movies and horror and just shooting the shit.

After each show he did, which he would absolutely crush, he went straight to the bar and pounded exactly one glass of red wine. I don’t even think he drank otherwise, but he housed that thing. It was pretty impressive. Then he would meet his fans.

I’d set up his photos for him to sign and sell after his set, and I’d hold on to his cash until he talked and took a picture with every single person. He treated everyone the same and smiled and gave them the attention they wanted, even though he was obviously struggling. He was so giving with his time and his energy.

I’ve heard that meeting your heroes can be lame because they’ll never live up to the hype, but Gilbert was a really great dude and I’m furiously sad that he’s gone, but so glad I got to work with him before he died.