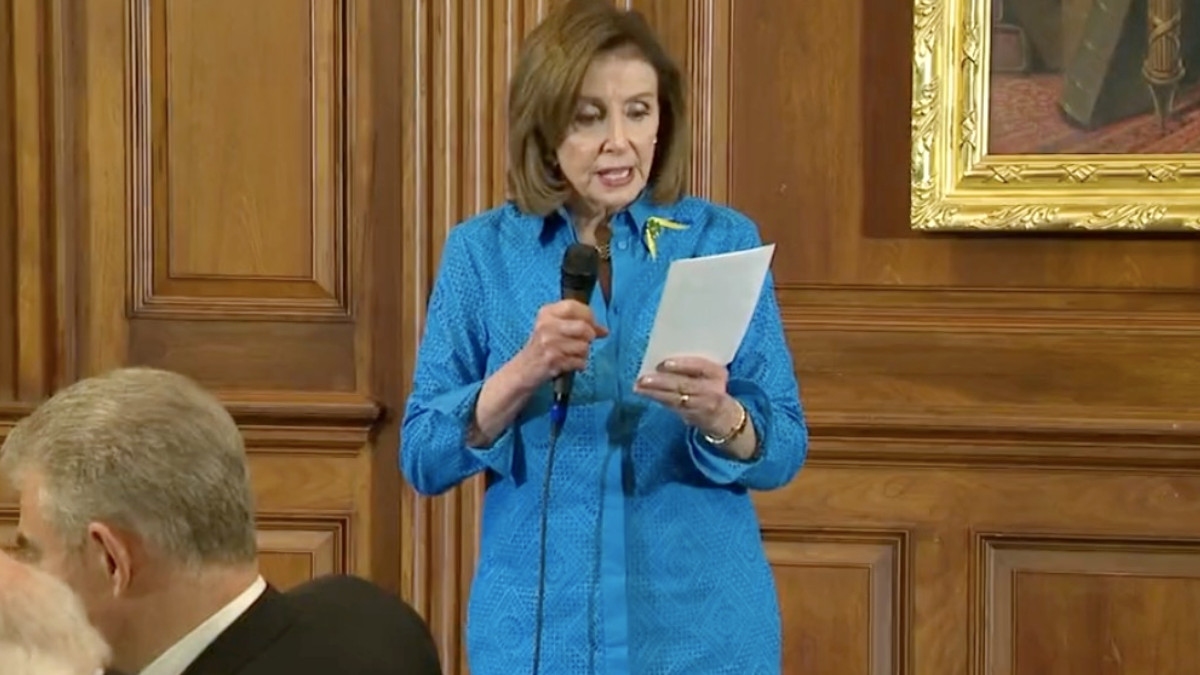 Nancy Pelosi hosted the annual St. Patrick’s Day Friends of Ireland luncheon at the Capitol on Thursday, which is traditionally hosted by the Speaker of the House. Due to the ongoing humanitarian crisis in Ukraine, Pelosi quite understandably took a break from custom to acknowledge the war-torn nation.

Unfortunately, the 81-year-old lawmaker did so by reading a poem given to her by U2’s Bono — evidently under the same misguided impression as Apple when it launched the iPhone 6 that U2 makes everything better.

“I got this message this morning from Bono,” Pelosi told the crowd. “And most of us, whether we’re in Ireland or here, whatever it is, Bono has been a very Irish part of our lives.”

You’ve got to hand it to her for making such a factually accurate statement. Bono has indeed been a very Irish part of lives — whether we like it or not.

She then read the poem, which was helpfully transcribed by The Hill:

“Saint Patrick, he drove out the snakes, with his prayers, but that’s not all it takes.

When a smoke symbolizes an evil that arises and hides in your heart as it breaks.

But in sorrow and fear, that’s when saints can appear, to drive out those old snakes once again.

And they struggle for us to be free, from the psycho in this human family. Ireland’s sorrow and pain, is now the Ukraine, and Saint Patrick’s name now Zelensky.”

After reading the somber poem, Pelosi excitedly asked the crowd if they were ready before introducing — and we shit you not — a 25th anniversary performance of Riverdance.

You can watch below, courtesy of C-SPAN.