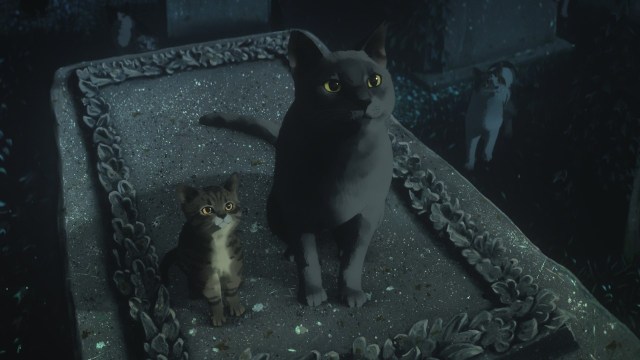 Fans of the hit show The Sandman were delighted when a new episode of the series arrived suddenly and without fanfare like a mailman in a rainstorm. Turns out someone suggested to series creator and writer Neil Gaiman that they add the secret episode to the roster, and he immediately agreed.

The bonus episode, called “A Dream of a Thousand Cats/Calliope,” was released on Aug. 19 and features the voice talents of celebs like Sandra Oh, James McAvoy and Gaiman himself. So how did it all get started? Gaiman told Entertainment Weekly the inside scoop.

“It was David Goyer’s suggestion, but we immediately embraced it. We were just about to pitch the show to streaming platforms, and the decision was made that we were going to be pitching 11 episodes. We would do 10 episodes, and then there would be an 11th, a special that no one would know about. That’s what everyone knew they were buying. It also meant we could begin the process for those stories very, very early on.”

The two-part episode itself pulls from the story arc Dream Country, which covers issues 17-20 of the comic, according to Tudum. The second part of the episode, called “Calliope,” stars Melissanthi Mahut as the titular character. Executive producer Allan Heinberg said she was revelatory and that no one else could’ve played the role.

“With Melissanthi, we got her self-tape, her audition. And that was it. It was nobody else. The fact that she’s of Greek ancestry made it even more perfect. I was not familiar with her work at the time, but I was absolutely blown away by her.”

Heinberg also revealed he felt that same way about Arthur Darvill, who played Richard Madoc in the episode.

“Once Arthur was available and game, we didn’t look anywhere else. He was the Ric Madoc of our dreams, and, in performance, even more so. I think he shows you this man’s soul and somehow makes him not a monster.”

The bonus episode of The Sandman is currently streaming on Netflix.