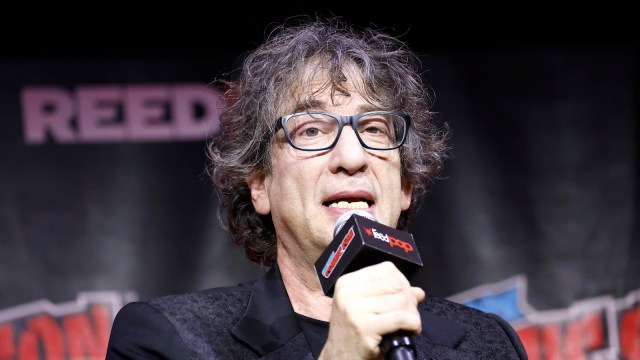 When making a television series or movie, marketers think beyond simply plot and characters towards what merchandise they can sell to the adoring fan base. Think Grogu lunch boxes and stuffies from The Mandalorian. One fan of Neil Gaiman’s The Sandman noticed a surprising lack of merch for the series and asked the author himself why this missed opportunity occurred.

Kristian Peacocke asked: “@neilhimself apologies if I missed it, but is there a reason I’m not drowning in #Sandman merch? I walked around tonight for Halloween, and it felt like a missed opportunity. Then again every moment I’m not enjoying Sandman based retail therapy feels wasted!”

“There isn’t really a reason other than manufacturers of merchandise only like to bet on sure things, and nobody was out aggressively selling Sandman to merchandisers. (I find it weird that Hot Topic had more Sandman merch 25 years ago than they do now.)” Gaiman responded.

The Sandman is a Netflix series released in 2022. It is based on the comic book of the same name by Gaiman which was first published by DC Comics in 1988. It tells the story of Morpheus, who rules Dreaming as the personification of dreams and one of the 7 Endless. He was captured in 1916 and held captive for 106 years. When he escapes he must work hard to restore his realm. Actor Tom Sturridge plays Morpheus.

The show received mostly positive reviews. The Guardian called it “2022’s single greatest hour of TV drama. It is engrossing from the start. It is transportive, playful at times, and certainly grand. But above all, it is dark.”