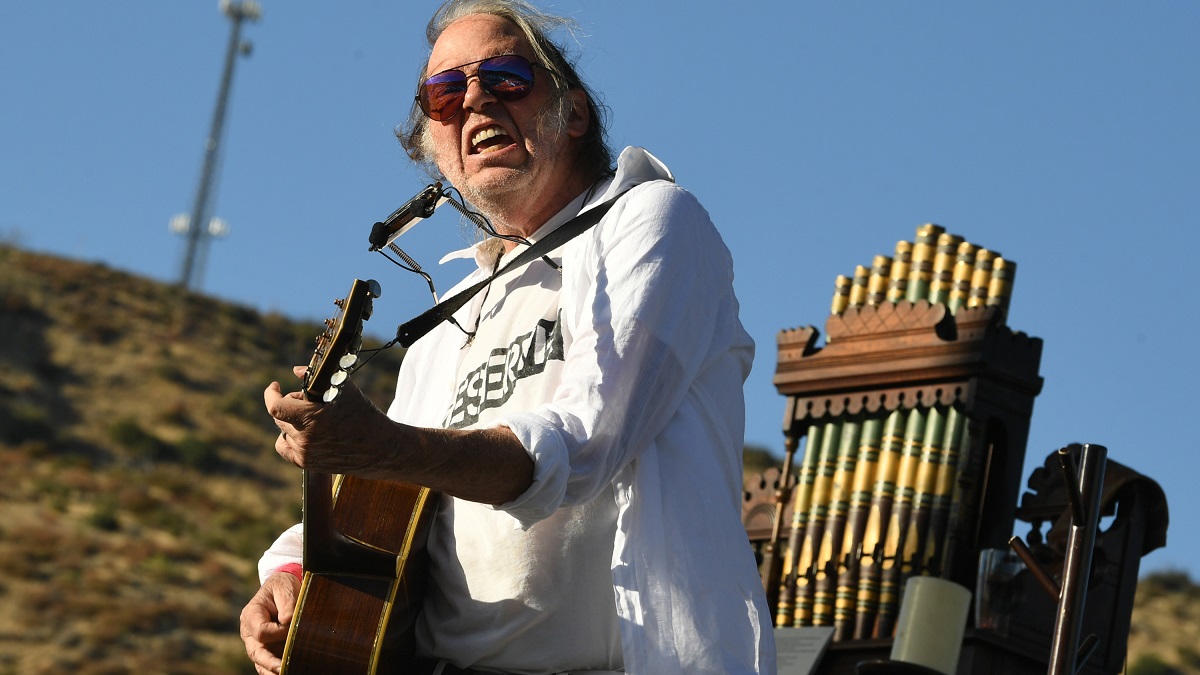 The battle between veteran rocker Neil Young and behemoth streaming service Spotify continues. It all started when Young posted an open letter on his website telling his management to remove his music from the service over misinformation being spread on The Joe Rogan Experience.

Young told Spotify “they can have Rogan or Young. but not both.” Spotify chose Rogan, with Spotify competitors instantly smelling blood in the water and promoted jumping ship.

Now, Young posted another open letter on his website, this time talking about how he believes Spotify doesn’t care about music or music quality, claiming the platform is destroying it as an art form. He said that digital music is data, and that allows Spotify to play low quality music.

“This allows business people like those who run Spotify to cut the quality right down to 5% of the music’s content. It’s just math. It’s easy to do that with digital, thus allowing more songs and less music to stream faster. That’s because 95% is missing. That’s what Spotify the tech company does. Spotify then sells you the downgraded music.”

Amazon, Apple Music, and Qobuz deliver up to 100% of the music today and it sounds a lot better than the shitty degraded and neutered sound of Spotify, If you support Spotify, you are destroying an art form. Business over art. Spotify plays the artist’s music at 5% of its quality and it charges you like it was the real thing. … Spotify is ripping you off and has been since day 1. No goosebumps from Spotify Sound!”

This argument isn’t coming out of nowhere from Young. He’s previously championed for higher sound quality in streaming music, and at one point even offered a music player and service for high-resolution audio called Pono. It was discontinued in 2017, though, despite a successful kickstarter campaign a few years earlier.

He also touched on the free speech and censorship issue, which some people have been using to discredit Young’s argument about Rogan’s podcast.

“I support free speech. I have never been in favor of censorship. Private companies have the right to choose what they profit from, just as I can choose not to have my music support a platform that disseminates harmful information. I am happy and proud to stand in solidarity with the front line health care workers who risk their lives every day to help others. As an unexpected bonus, I sound better everywhere else.”

He said the decision affected him in a really positive way stating that “when I left Spotify, I felt better.”