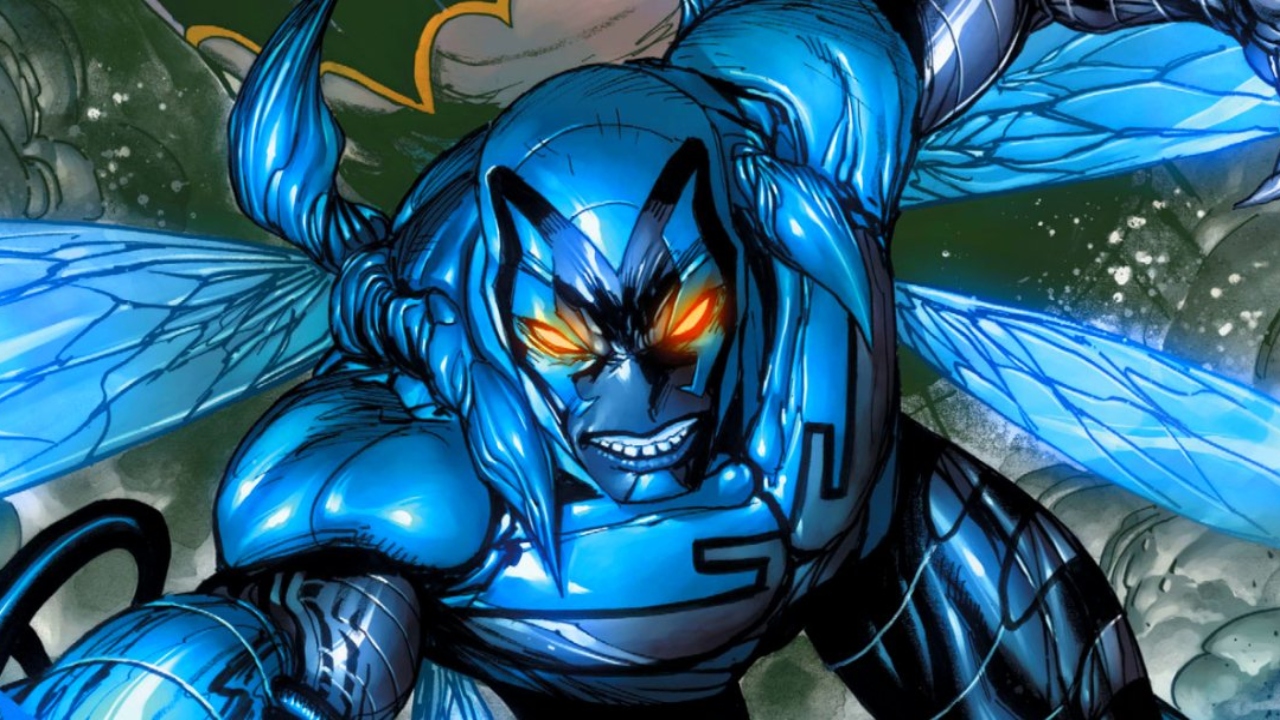 Filming is underway for Angel Manuel Soto’s Blue Beetle, starring Xolo Maridueña as Jaime Reyes AKA Blue Beetle, the first Latino superhero to have his own movie. Although the production is still in its early stages, Blue Beetle already promises to be a memorable addition to the DCEU and hopefully an educational experience for those who may not be entirely familiar with Blue Beetle’s origin story. In DC Comics’ animated history, several incarnations of the Blue Beetle appear on Batman: The Brave and the Bold and namely the Ted Kord version appears in cameo voice roles.

Not much is known about the Blue Beetle solo film besides its cast and crew; the finer details have been kept under wraps for the time being, but we do know that Gareth Dunnet-Alcocer will be serving as screenwriter and Angel Manuel Soto is taking charge as director. Additonally, Bruna Marquezine and Belissa Escobedo were respectively cast as the protagonist’s love interest Penny and younger sister Milagros. Xolo Maridueña is best known for portraying Miguel Diaz in the Netflix series Cobra Kai. He will be joined by Susan Sarandon as Victoria Kord, the central antagonist against Maridueña’s Beetle, and Raoul Max Trujillo as Conrad Carapax (Carapax the Indestructible Man), another supervillain and presumably an associate of Sarandon’s Kord.

An independent news outlet — DCEU News on Twitter — has uploaded photos of a bus split in half in Atlanta, Georgia. Many questions have been raised as to why filming hasn’t taken place in Texas, where Reyes is originally from, but we can chalk that oversight up to lack of availability or some other prohibiting factor. Although it may appear that the bus has been destroyed with force, one well-informed commenter mentioned that it wasn’t in fact brute force (essentially special effects) that divided the bus, but rather an intentional move on behalf of the filmmakers. Rather, it could simply be a scene filmed on a bus that required an easy access for the cameraman and sound operators, who would otherwise be cramped on the opposite seats or in the aisle. Either way, it looks pretty impressive.

There have been many different takes on Blue Beetle’s story, including Reyes ingesting certain vitamins that provide superpowers, whereas other retelling have implemented an ancient artifact — a scarab — that attaches itself to his spine and grants him the ability to generate highly-durable armor. It seems that the Blue Beetle film will take the latter route, which is the more traditional origin for Reyes. Right now, the synopsis is fairly brief. It reads: “A Mexican teenager finds an alien beetle that gives him super-powered armor.”

According to IMDb, Blue Beetle is scheduled for release on August 18, 2023, but this has yet to be confirmed. Either way, we shouldn’t expect to see Reyes until mid-2023 at the earliest. These dates are always subject to change, especially at such uncertain times.